Butcher - Slayer Made Me Do It

Dislocated tales from the pit and a look at Butcher's lastest ride.

For some reason a long time goal of mine has always been to go to a Slayer concert... and to get kicked out. I don't know why but I just wanted to do it. For countless reasons it has never happened due to missing shows, work or no money. Then one day I heard they were coming to my hometown in Bethlehem, PA to play at the Sands Casino. There was no way I was missing this, especially when I live five minutes from the Casino. I wanted the tickets so bad I even skipped work to get them and got in trouble for it. I didn't care, my only excuse was SLAYER. Finally the day came! I left work early to get ready for the show. I was hyped!

I got there before anyone that I knew was even there and watched the openers which consisted of Exodus and Suicidal Tendencies. They were both great but I couldn't wait for Slayer. It was the first time I got to yell for Slayer at a show they were actually playing (It's always been a joke to yell Slayer at all band shows).

Butcher gets it in with a gap off of a sketchy grind box to namesake grind to hop into another sketchy slant wall.

Then all of a sudden the lights go out and "World Painted in Blood" comes on. I couldn't contain myself and I was instantly up front getting wild and making a pit. As I'm having one of the best times ever just straight beasting in the snowy, wet-shoe, beer-flying everywhere, drenched floor. BAMM! On the floor... what the fuck man. My shoulder just popped out. I chilled for a minute and then said "Fuck it". I'm back in the pit. Then BAMM! Again, shoulder popped out. So then I sat out a few minutes but I couldn't stop. This was a goal of mine, to wild out and get kicked out. So in the pit I went again. I lasted a few more minutes and what the fuck! Slipped again and shoulder was out again for the third time in about an hour. Needless to say by that point, I was in pain. Well maybe it's time to get another drink at the bar and sit this one out I thought. Ok, drinks done but I have to jump off the stage and get kicked out.

I went up to the second deck, searching for the way on stage. I think I found it. I see the door, along with two big ass security guards. Great! I'm thinking "should I do it? Should I just rush right through them?" Hoping I get in the door with one arm at this point and in tremendous pain. Ugh I decided not too. Maybe the shoulder popping out three times was a sign to just relax. So that's what I did. It was worth it, even though it sucked at work for at least a week and now I popped out the shoulder again riding the Animal warehouse the other day. What are you going to do? Slayer made me do it...

"The beard? I don't know... It was just a 'why not, I've never had one' thing. A few months back I didn't shave for about two weeks and was all scruffy. The wifey said 'Why don't you just let it grow and see what it looks like'. So fuck it, its been a few months now. I feel like I look like I should be riding a Harley haha." - Butcher

Headset: Animal with an old TNT seat clamp as a lock spacer 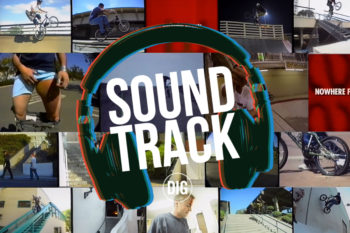 Ever wonder why they used to play Slayer at so many contests? 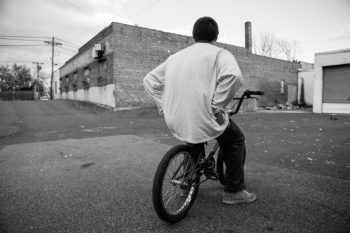