DENNIS ENARSON IS FROM KRYPTON

Is this the Van Homan “Criminal Mischief” section of the 2020s? That's one of many comments circulating around the freshly-released Dennis Enarson Vans video part, “Right Here” (you can peep it below). After watching the six minutes-plus of blistering assaults on rails of all sizes and configurations, and obscenely large objects around the world, it sure makes a strong case for that title. To say the level of burliness Dennis displays is like no other, is a serious understatement.

Back in June 2019, I was fortunate to tag along with Dennis Enarson, Rich Forne, and Dan Lacey for a week in Berlin, Germany, for the inaugural trip of a then yet-to-be-named video project Dennis was beginning to work on.

With a small crew like that, it was one of those low-key and laid-back trips. We posted up, chilled during the morning, cruised the city by leg power in the afternoon, ate well at some delicious Berlin restaurants, and played table tennis at one of the many public park tables around the city during the final minutes of daylight.

Dennis barely knew Rich before the trip. Yet a few days in, they were like old friends, cracking jokes and pranks on each other nonstop. The chemistry of a master filmer and one exceedingly talented rider was a match made in heaven.

Despite having an injury issue with his foot, Dennis still pushed on like a superhero and pulled off some keepers for the video, and then went on to get top five at the Vans Pro Cup in Stuttgart the following week. On top of that, he also managed to film another heavy clip in between practice times, after discovering a wild rail setup on the daily pedal between the skatepark and hotel. Always the consummate professional.

Hurt ankle? No care. Dennis sending an obscenely large feeble to hop over drop in Berlin. Photo by Rob Dolecki.

After Germany, more destinations were talked about and plans were made, usually with a fellow Vans rider coming along and complimenting the excursion. Colombia, Seattle, Arizona, New York City, San Francisco, Barcelona, home for a month in San Diego. COVID-19 ended up sidetracking any other potential international trips to wrap up the project, as well as Rich's return from Spain to San Diego to cap off the video—but hey, what can you do about that? Fellow SD resident Christian Rigal was able to come in and help document the last couple of moves around California still waiting to be checked off of Dennis's list.

Just over a year later, when all was said and done, a new Rich Forne video was created, featuring one of the most badass all-around riders to ever grace a bike, with cameos from some heavy-hitters like Dan Lacey, Pat Casey, Lewis Mills, Corey Walsh, and Jason Watts.

Can it fill the shoes of such an iconic section like Mr. Homan's was almost 20 years ago? I could resoundingly say yes, just based on the sheer wildness of all clips, but that determination is usually in the eye of the beholder. Those type of comparisons are sort of goofy, anyway. A couple of things are definitely certain: this part will be talked about for a long, long time, and Dennis Enarson is THE modern-day BMX Superman.

Quite the crew of spectators- DMC, Kris Fox, C. Walsh, and Gary Young all smiles right after the Enarson rail ride in Stuttgart, Germany. Photo by Rob Dolecki.

Camaraderie at its finest. Photo by Jeff Zielinski.

How did it feel to be one of the riders getting to go along on a trip for "Right Here"?

I was absolutely stoked to be on that trip with Dennis and watch him do what he does best. Definitely felt awesome being one of the riders picked, but it helped that I was in the right place at the right time for the trip so was easy to jump in on.

Explain a typical day on the Arizona trip with Dennis.

There’s lots of bullshitting around and talking shit to each other, but when it comes down to getting a clip, we hype each other up and get it done. It’s awesome.

You filmed a couple of gems for it; how was it feeding off of each other?

We feed off each other really well and things seem to get crazier and crazier when Dennis is around helping.

It’s awesome to see how focused and 110% committed he is to landing it because the things he does, there’s no room for error.

Any funny stories from the trip you're able to elaborate on?

There’s always so many funny times, and it was so long ago now I can’t really remember one, ha ha. All I know was that it was fun.

Any final words about the experience, and the video?

Can’t thank VANS BMX enough for letting me jump on that trip with Dennis. and for helping Dennis deliver one of the best videos ever. I don’t think this video will be broken for a long time.

How did the Berlin trip come about?

Honestly, I don’t really know. I knew Dennis was gonna start filming a Vans part, then Andy Zeiss said to me he’s trying go to Berlin, and asked if would I be down to be the wing man.

Explain a typical day on that trip with Dennis.

We had a pretty good routine while we were there. Wake up, beat Rich up, grab a coffee and a smoothie, do some stretching before we leave to go ride, cruise the city and hit a bunch of spots, hit some dope vegan food spots, Finish up with beers in a park somewhere. Never a dull day.

You filmed a couple of gems for it; how was it feeding off of each other?

Feeding off the homies on a trip is always the one. I haven’t got to go on many filming trips with Dennis; this was maybe the second time. Going back to somewhere I’ve been loads over the years and see him ride it differently was a big hype for sure.

It’s a different type of energy I’m used to, that’s for sure. Dennis is fucking mental and has an eye for shit no one else has. It’s hard to figure out what he’s on about half the time until he does it. It’s actually terrifying to watch in person but he knows what he’s doing. It’s ridiculous...

Any funny stories from the week?

The one thing that stands out to me the most is Dennis firing a stretching band directly at Rich from a few feet away while he was filming on his phone. I can still hear the slap it made when it hit him.

It wasn’t my intention to dye a brand new pair of Slip On Pros, but drunk Dennis spilled a glass of red onto one of them so they ended up getting a €3 red wine wash. It actually did a pretty good job, the only downside is your shoes smell like absolute shit for a while.

Any final words about the experience, and the video?

Massive thanks to Dennis and Vans for getting me involved on this one. The trip was a treat from start to finish, and I’m pretty sure I speak for absolutely everyone when I say that video part is one of the craziest things I’ve ever watched. Congrats to Dennis and Rich for killing this one. Cheers for having me. You’re welcome.

Putting that luggage away in the overhead compartment- Corey preparing for takeoff and landing one hell of a clip. Photo by Colin MacKay.

Were you in San Diego when Rich Forne was in town?

Yeah, Jason Watts and I were were building Dennis’s ramp.

What was typical day like while Rich was there?

Jason and I would work on the ramp during the day. Then Rich and Dennis would show up after filming some stuff, and if it was the weekend, I’d be the designated driver and we’d party, go to Blond Bar and rage so hard until it closed. It’s just a shit-show there (Laughs).

How did the Arizona trip come about?

Dennis wanted to go film, and Jason and I wanted to tag along to ride and take a break from the ramp. We took my van/home; it was about a week total. I got knocked out two days into the trip on the S-wall Gary Young tried (last clip in his "Electronical" section). I hit my head twice in five tries.

Two concussions in the span of ten minutes?

Yeah, and it was really bad. After that we went up to Flagstaff.

How was it watching Dennis in the zone?

It’s crazy. The dude is so calculated. It’s scary, but you know it’s fine. He dropped off a roof onto a rail. He sat up there for like 30-45 minutes. He was scared to get that one going.

How was the step-down ditch session with Jason and Dennis?

That was the spot we rolled to after I knocked myself out, so I couldn’t really see straight. (Laughs) It was a good time, though. They shredded that spot. It’s way gnarlier in person. You’d ride over a bunch of thorns after, so they’d get a lot of flats.

When your roof-drop wallride into the wedge clip go down?

That clip was in San Diego, but after Rich left. I was out like three and a half months after that S-wall crash before I could ride again. Colin MacKay was down here, and we were just hanging and riding the ramp, and we went out and shot a photo of it and got the clip and sent it to Rich. It was while we were filming “Homestead."

It’s crazy. The dude is about to get a lot of people stoked to ride bikes. Thanks to Colin and everyone at Vans letting him do that.

That insane roof to rail in Flagstaff. Wow. Photo by Jeff Zielinski.

VANS is an Official DIG Partner 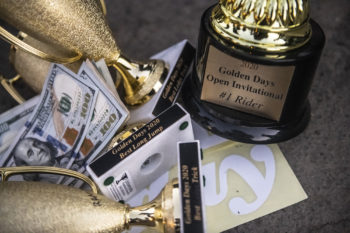 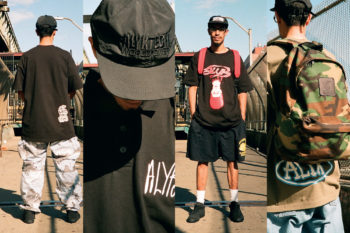 Peep the latest and greatest