Fast And Loose "Pull Back Or Die" DVD Available Now.

Cody Pollard with a classical execution!

With a cast of incredible concrete speed demons like Corey Walsh, Cody Pollard, Jason Watts, Matt Cordova and Kris Fox, you already know Fast And Loose "Pull Back Or Die" lives up to its title, and then some. It has some seriously next-level concrete roasting, that will have you re-watching constantly just to absorb the absurdity of some of the transfers and all-out wildness.

After Covid repeatedly derailed plans for a premiere at Swampfest, they decided to march on ahead and release the DVD today. Corey Walsh filled us in on some more details below.

Corey Walsh with a huge and seamless loop around the full pipe in Reedsport.

With the scheduled premiere of "Pull Back Or Die" at Swampfest being postponed twice, video is now released on the 12th; how do you feel now that it’s finally coming out?

Pretty good. It was pretty weird, because we didn’t get to do a premiere. We got to the point where we all got together and said, “Fuck it, we need to get this out there; it’s been six months.” It was time; we’re excited.

What are some of your favorite clips?

The whole thing is one memory in time for us. It’s like a journal. I love watching it start to finish. I like the whole thing as one unit.

You guys did a number of trips around the world, what were some of your favorites?

All of them were pretty damn sick, man. Our Colorado trip was the one trip where everyone was on it. I went on a trip to Barcelona right after, and my camera got stolen. Like a dumb-ass, I didn’t back anything up, and we lost every second angle of that entire trip.

I read it twice. Kris let me proof-read it. The way Kris closed it got to me. That was the best part. That was the actual journal. You read it, and it’s not like watching a video where you remember everything. Kris is describing every situation to the point where you are remembering it, and that’s what it is.

Will the book be available again also?

Yeah. It’s going to be available in a few weeks.

Now that the video is wrapped up, what’s your plans with Fast and Loose?

We’re going to keep running it for as fast as we can. We’re going to be putting everything back into BMX, and when the Covid stuff lifts, we’re going to be full-throttle. We have plans to do another video. We’re talking to all the young kids, and have them involved.

Are there more people being added to the crew?

We don’t want it to be just a crew. We want to keep this going for another generation that is also stoked. We want to invite other kids to ride and have fun. The next video is going to be so different.

You hit a lot of bucket list spots over the last few years, and I’m sure many of them are in the video. What’s the next destinations, when possible?

We’ve been talking about Hawaii, China, Poland. If we can keep traveling and doing it, the list isn’t done yet.

Thank you to anyone who’s helped us out with a shower, a place to sleep. Robbie and Veesh at Cult. Colin and Jerry at Vans- they helped us travel the world to make this video; they’ve had our backs since day one. Without them this wouldn’t be possible. We just hope hope people get stoked on this video, get out there and go ride more and have fun.

Ready for the roast... - More Info

Get the FAST & LOOSE DVD HERE or ask for it at any of these DIG partner stores worldwide. Support your local BMX store. 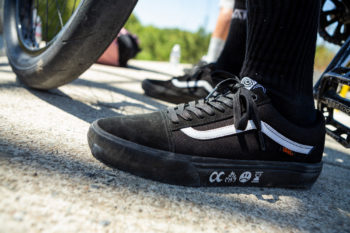 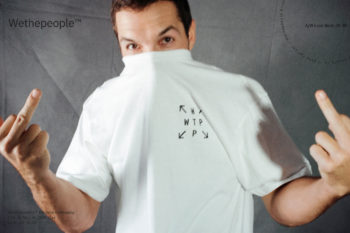