NO OPEN POCKET WAS SAFE - MY TRAVELS WITH COREY WALSH

The week prior to the 2019 Vans Pro Cup Mexico stop, Corey Walsh flew out to Philly for a few days. I live a very domesticated home life, so it wasn’t really about doing a tour of all the bars in my neighborhood. Riding, particularly FDR, was the main objective. (Thanks to Derek Adams, we also got in a session at the new Castle Bam bowl, which was built for Corey’s super- sonic speed). FDR had been on Walsh’s bucket list for a minute now.

And man, what a sight it was to see a hyped-up Corey set two wheels on that concrete. It’s no exaggeration when saying I’ve never seen anyone ride that place the way he did, even on his first day there ever. No open pocket was safe; some moves and transfers that had been joked about over the years were ticked off casually. It was quite a show to witness, to say the least. (You’ll be able to catch a glimpse of it in Corey’s upcoming “Fast & Loose” section, and an upcoming Maintain video)

One of multiple FDR open pockets Walsh repeatedly slayed in typical Corey style, as the Deathstar looms in the background. DOLECKI PHOTO

We both left Philly and went down to Mexico City a few days before the Pro Cup started to stay with Oscar Sanchez, a longtime friend of mine, (plus Mr. Joe Rich also joined us), with one main objective - to knock one spot off my list: Parque Estatal Flor del Bosque in Puebla. I first found out about this skatepark during another Mexico trip a few years ago, right after it was constructed. All of the photos and video clips of that place looked bizarrely intriguing, with features like no other I’ve ever seen at any other park. Due to time constraints, I wasn’t able to go visit then. But I knew next time I was in the region, I had to go.

One of the wildest objects, at one of the most bizarre parks   ever created. Five holes high on the Parque Estatal Flor del Bosque Lotus clam shell. DOLECKI PHOTO

If the phrase “Photos don’t do it justice” cliché fits anywhere, it’s this skatepark.

If the phrase “Photos don’t do it justice” cliché fits anywhere, it’s this skatepark. Seeing this anomaly in person was even more wild than I could have imagined. There was literally nothing cookie cutter about it, for better or worse. I can go on and on about this park. Weird pump track lines with canals under boat hull/shovel spade-looking type of quarters, the spiral vortex, and of course the MASSIVE flower clam shell, complete with multiple holes shaped into the top half. At first glance it looks like whoever designed it took a bunch of acid while drawing it up. After realizing the name “Carlos Carsolio” is engraved in both the skatepark clam shell, and random sculpture pieces dotted around the city park, our conclusion was that some sculpture artist was behind the design and construction. It definitely looked a lot better than it rode, due to not-in-a-good-way quirky transitions and flat bottoms, and creaky concrete (the clam shell made some scary crunching sounds every time Corey ripped around it), but so worth it to experience. Though, after a week of riding this park and figuring out how to manage the bizarreness, who knows, maybe it might have a lot more to it than meets the uninitiated eye. Imagine what could be achieved if this Carlos combined his design vision with a proper skatepark building company - the result would be insane.

A few days after our excursion to Puebla, right as the Pro Cup was getting underway in Mexico City, Corey, Joe, and I all came down with a heavy bout of food (or more likely, water) poisoning that had us all shut down for at least a day or so, and took the wind out of Corey’s sails for the rest of the comp. If being confined to the edge of a toilet bowl for 24 hours was the price to pay for experiencing that crazy skatepark, it was more than worth it. - RD 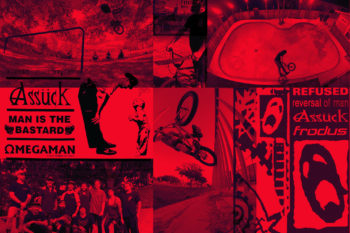 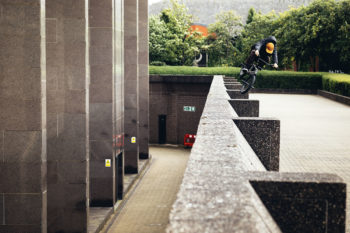 Looking back at ten days of actual dream team madness