Words and photos by Matt Coplon | Additional photos by The Crew

I discovered both BMX and punk at about the same time; independent of each other, but quickly realizing their histories were interwoven.

And although I began riding alone, I soon found other riders in Tampa Bay who were not only into BMX, but who were also into punk.

This was 1990; right after the AFA died out and at a time when Neo-Nazi Skinheads ran off any touring band that took the risky plunge of heading past Atlanta and into the Florida Peninsula.

Through the early 90's as Floridians, we were stuck down here with two options; get out OR create our own bands and our own BMX scenes here in the swamp.

And although most of us got a sample of the former, the latter was a slow percolation for the many who hung on.

It started with the inception of Skatepark of Tampa and The Brothel (built out of a punk ethos in 1993), and in the late 90's, Central Skatepark, Mission, and ending finally with Mesh Skatepark in the aughts. Most of these skateparks hustled as venues on the side to keep their doors open, playing host to touring bands where a heavy amount of those openers were made up of both local skaters and BMXers.

These parks were/are the nests of our evolving riding scenes, and the DIY music that we saw live (and for some of us, created), became the soundtrack to when we rode.

In January of 2020, I brought part of our crew back down to Tampa for the third Profile Neighborhood Crawl. Over the past year, my hometown has seen a DIY renaissance with a cache of freshly built backyard set-ups and do-it-yourself street spots, all within the backdrop of our communities having stepped up to advocate for a plethora of new public skateparks.

And as a monument to our local scene, Skatepark of Tampa is going into it's twenty-seventh year, not only a life-long supporter of BMX, but as a continuous host to the music scene.

This muli-media feature is a celebration of where Tampa Bay has come from, it's roots in both punk and bmx, and to what it has become.

The included playlist are those local bands that made (and still make) an impact on us; some of them grew a following that reached well beyond our scene here in town.

Being proud of what has occurred here in Tampa Bay is an understatement; I was stoked to share it with our crew and with you.

We hope you enjoy the ride...

It was appropriate to start the trip with Skatepark of Tampa and the band, End of the Century Party.

With SPoT's brief history above as a framework, some of the most Iconic shows in Tampa occurred on their street course: Avail, Youth Brigade, Unbroken, and Man is the Bastard, to name a few.

And as they continue to thrive into their 28th year with Edwin Velez as general manager, here's a look back to his band, End of the Century Party.

A huge thanks to both Edwin, Brian Schaefer, and the crew at SPoT for always being gracious hosts to bmx.

We hope to see you.

Still one of the most iconic punk shows at SPoT. Claremont, California's Man is the Bastard played on top of the hip on the street course.

Cory Foust: Sunset fence slap, blocks away from the original SPoT building in Drew Park (Circa 1991 to 1993).

Alex Tate: Fowler Ditch DIY, foot jam on the outskirts of Tampa, not far from where both Scrog and Tomorrow's practice spaces were.

I went to high school with Scott Bentley and owe him quite a bit of gratitude for not only being an older mentor, but a skater who was/is very supportive of bmx. Beyond that, I owe him a ton of credit for having introduced me to a cache of the music that would continue to be of influence over the years.

While the crew was in town, he invited us over to have a session on his backyard, DIY masterpiece: The Bagel Bowl.

After riding street all day, I'm truly surprised the energy level was kept on high; it was definitely a session for the books.

Featured below are two of the most influential, early 90's local bands from Tampa. Scott and I were always in the crowd, as both Scrog and Tomorrow were consistent openers for any touring band that made it this far south.

Lucas Porzio: The Florida tool of choice for clearing brush

Bobby Proctor: The Bagel Bowl in all it's glory. Photo by Chris Childs.

Matt Coplon: The Rooster Den 3 and Frank the Pig. Photo by Cory Foust.

Mark Mulville: One Footed Tabe amongst the live stock. Photo by Matt Coplon.

In 2019, St. Pete became the backbone to the Tampa Bay backyard scene with the construction of the Lepak Compound and the third location of The Rooster Den.

Thanks to both the Shirley's and the Lepak's for their hospitality; jamming two solid sessions, one at each ramp, over the course of a Friday.

Profile's Crew. Thanks to Alan and Beth Shirley for the hospitality.

Pano of The Lepak Compound.

Cory Foust in shock of the home made dinner for the session, buffet style. Thanks to Shannon Lepak for dialing this one in.

As a continuation of the past, St. Pete had given birth to Assuck, which was not only the most well known punk trio from Tampa Bay (touring the most, worldwide), but remained the backbone of our scene until their breakup in 1998.

Thanks to them, countless touring bands made their way to Florida to both play their tiny show space/record store (403 Chaos), and if it worked out, to have them open.

The shape of Punk to come...

It's always a serious treat to take guests around Tampa for street sessions. With the curse of the flat state, unique, natural spots are hard to come by. But what we do have to offer, always seems to get the creative juices flowing...obscure spots, reveal obscure creativity.

This section's playlist features 5 influential bands with members that live within the actual neighborhoods surrounding downtown Tampa. Most of whom are right here in Seminole Heights, which was the neighborhood that initiated the ongoing Profile NHC project.

A huge thanks to Keith and Susie Ulrey (Pohgoh) for being the current anchor in the Tampa scene through their record store, Microgroove.

The epitome of Tampa Bay.

One of countless fresh water springs in the neighborhood

With editing any video project, for me, finding a song to properly fit both the theme and vibe is always the most difficult part. For this NHC edit, it was a two hour process plugging, playing, and then deleting several drafts.

Although I wanted to use a song within the Tampa Bay music scene, nothing seemed to capture the feel.

Taking a break, and looking through the trip's photos, I had forgotten about the very first morning in Tampa. After picking up Bob and Chris from the airport, we burnt some time sightseeing within a couple blocks of the house. It had been pretty cold the night before, and once out pedaling, remembered a spot on the river that a family of manatees often congregates at to stay warm.

Floor at the Sulphur Springs Harbor Club in 2001.

Having shown Chris and Bob the sea cows, and after looking at the photos we captured, I realized that the manatee hole was quite literally where the dock of the Sulphur Springs Harbor Club used to sit. That rickety club on wooden stilts intermittently held shows through the 90's and into the early aughts.

Although Floor was from Miami, they had a huge impact on the DIY scene here in Tampa (and later, everywhere, having pioneered their own genre of music), and played a couple shows right above where that dock used to be.

A perfect tie in to the project musically, and considering Henry Wilson (Floor's drummer) has ridden flat since the late 80's (An infamous parking lot in North Tampa was also his old flat spot), there couldn't have been a better thematic connection.

Huge thanks to Henry and Floor for letting us use the song "Rocinante."

Below, too, is a track from Henry's band, Dove. Although we got to see them play quite a bit between 00' and 05', in hindsight, it is still not enough: One of the best bands live. - Matt Coplon 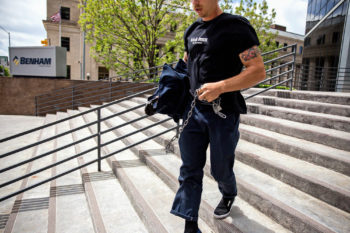 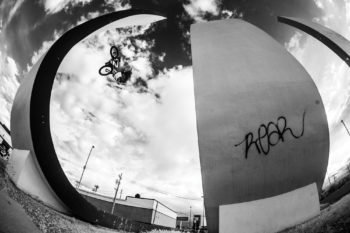 NO OPEN POCKET WAS SAFE - MY TRAVELS WITH COREY WALSH