Making Moves: A New Direction for Fooman and United

How one BMX photographer is adapting to changing times...

Fooman announcing himself in his hew hometown of Hastings UK with one hell of a ledge ride.

We've been asked many times about 'how you get a job in BMX'. Well, most of the time those jobs only fall to those who are multitalented, motivated and creative. Jason 'Fooman' Colledge is just that - probably best known for his work in Endless Mag, he has also featured on the printed pages of DIG for some time now, and his photography has even made it onto the DIG site a multitude of times. But now a new horizon has laid itself in front of Foo's path at one of the most influential BMX companies out there. We got a hold of Jason in between the move to his new home in Hastings UK to discuss a new role for him at United Bike Co and 4Down Distribution, and how it even came with an extra special bonus.

Fooman, What’s good? A lot of new things have just come about for you. Care to shed some light on this?

Hey Fred, quite a lot is good right now to be honest. Things have taken a massive turn for the good. I’ve just made the move to Hastings and I’m settling into my new job at 4Down and United. It’s surreal how things have happened as of recent.

What’s your new role at United? Will you be helping out with 4Down too (United’s UK distro)?

So my role is brand manager of United and 4Down. It’s the sickest thing, like I wake up and look forward to going “work”. It’s a dream job, the sickest crew work here and I’m submerged in BMX and I can devote all my time to it now. It’s like when you first start riding and that’s all you want to do, hang out with your mates, chat shit, and ride BMX. Blessed!

How did this come about?

Bit of a random one really. I was out in Australia, just getting away from everything really, looking to explore a bit. I had been there for a few months and then I randomly have a message from long-term friend Bomber asking if I’d “ever move to Hastings?” Like this was completely out of the blue too so I’m a bit confused. We get into conversation and then he’s asking me if I have Skype and is it ok for Ian (Morris) to Skype me at some point. Roll on a week or so and I’m packing my bags to fly out to Sydney to shoot the vans open whilst on a Skype call to Ian as he’s offering me a job opportunity to be United and 4Down brand manager… I couldn’t quite tell if someone was playing a joke on me. We agree on a date for me to return and here I am, living in Hastings and working with a tight-knit crew. It’s amazing!

"I’m submerged in BMX and I can devote all my time to it now."

How's this for your first work bonus? A sweet new ride and a spot on the team

Who else do you work with there?

Ian obviously runs the show, and then there is Bomber, Phil Martin and now myself. I also work closely alongside Peter Adam on video projects too. It’s a cool crew; we all ride too so ride and hang out outside of work. It's not working with colleagues it’s working with mates, couldn’t ask for more.

You entered professional photography at a strange and rocky era within the BMX print media landscape. What’s your story?

I went from leaving secondary school to working on a building site for my dad straight away. Realised after two weeks it wasn’t for me then went to college and then onto university to do photography. I just shot photos because I enjoyed taking photos of my mates riding their bikes. Benson at the Albion asked if I would like to do an online gallery and things just seemed to go play itself. Everything was quite organic from there, different publications would hit me up asking If I had anything available to use or if I was free to shoot with different teams. You guys at DIG have sent me on my fair share of trips, which has been amazing! Ride fell through then Bakos gave me a call asking to do our own thing. Bakos did all the legwork and got things going from there. Choose whom we wanted to shoot and roll with it. It’s been a bit of a weird one as I feel I came on the scene as these publications were disappearing. I just like shooting photos to be honest so as long as I could do that then it was fun for me. Having something printed is a bonus though I know that much. I’d still shoot photos regardless.

What do you think the future holds for BMX photography?

There’s always going to be a place for photography and BMX, it goes hand in hand. Granted kids like to see moving pictures but I think a photograph has a longer lasting impact than a video that just seems to disappear. That’s just my opinion though.

Outside of 4Down, where can we see your photos?

Not much has changed in that respect. My photography has always been freelance so who ever wants to run my work, then sweet. I’m still going to be doing stuff with Endless and you'll see more on DIG too. Working here has opened up the door for me and put me in touch with loads more riders to shoot with. Instagram never lets me down though haha - @fo0man if you haven’t already. Had to slide that in there, sorry.

"I feel I came on the scene as these publications were disappearing..."

Have you guys got much in the works for United?

Yeah, we have got quite a few things lined up. Some things are under wraps though. The recent stuff like the Minirig collaboration speaker, hats, mugs etc we have put out has been for me to see how the process works before the real stuff gets out. I’ve been working on all the marketing of the 2018 complete range too, which has been quite interesting to see what is involved behind the scenes of this. We are currently planning some video projects for United and Animal this summer. I can’t wait to get this underway.

You were out in Australia for a year until you got the job at United. What were you doing there?

Good question, been asking myself that haha. Like I said earlier it was to get away from everything. I’ve always wanted to go there and see what it's about. I flew to Sydney then got a camper up the east coast before flying down to Melbourne and living there for 5 months. It was definitely an experience. I saw some amazing things, met some amazing people and experienced some crazy shit. Shout out to the upside down family out there.

Does this mean we’ll get to see more of your riding too?

I did manage to get two full parts filmed but they’ve just been sat on someone’s hard drive and not put out which sucks but since being here in Hastings things have taken a turn for the better. Ian has just asked me to be apart of the United team which is unreal. I have been lucky to get some stuff filmed with Peter Adam already and will be working towards a new piece over the next few months or so.

That's awesome. Congrats! Do you have to do the chocolate run for Ian now you’re the new guy anyhow?

We have Pelican (Best burgers in town) Fridays and Ian does the run for that. Haven’t really had to do any chocolate runs as of yet. Maybe that’ll change and maybe I’ll have to start doing the Pelican run haha. 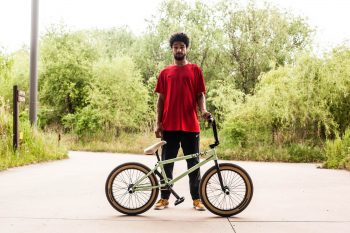 "I think the whole horse should be healthy..." 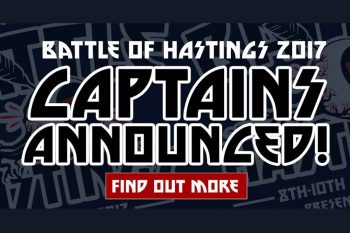 10 Captains announced for this year's event at The Source Park