“They think that I’ve got no sense, but I’m having fun at their expense.”

Talk is cheap and violence is funny. “Criminal Mischief’s” iconic intro, a collection of BMX related debauchery and mindless vandalism set to the Anti-Heroes song Criminal Mischief. My teenage angst finally found an outlet seeing this video for the first time. Little Devil made it cool to smash shit and ride bikes. FBM’s videos only concreted that idol into my head. As the lyrics to the Anti-Heroes song goes, “They think that I’ve got no sense, but I’m having fun at their expense.”

I believe it was in this same mindset and spirit we set out to create Hard Times. Maybe something that wasn’t intentional, but maybe something that just happens when you collect a group of middle aged, Midwestern BMX riders together.

1. Don’t bring a bat to a machete fight.

We all know the risk of climbing up onto the roof of any property. Getting caught up on that roof with a bicycle is extremely hard to explain to any average minded civilian.

Needless to say, Gremlin found himself in such a predicament. He was on the roof, staring down a hefty slanted drop in when the owner came outside. Following requests of the owner, Gremlin immediately hopped down off the roof. Everything seemed pretty cool at first. The guy was pretty pissed but chilled once Gremlin was off the roof. At least that’s what we thought. In the midst of breaking down photography gear, the owner decided to start taking down plate numbers in the parking lot. We were parked the furthest from the building with three vehicles in between. By the time the owner had made it to our vehicle, Scott had positioned himself behind the Tahoe to cover the plate and a short conservation ensued that ended with:

The man immediately made a hasty retreat back to the bar. Moments later, he came back outside brandishing a baseball bat and was moving towards us, the Tahoe and everyone was still packing up equipment. Knowing that I had a machete in the back of the Tahoe, I quickly grabbed it and comforted the man screaming, “Chill the fuck out or I will put you the fuck out.” The man came to a stop, proceeded to point to bat at me, and requested that we leave immediately. I told him that’s what we are doing and slowly backed into his place. Muttering something about going and getting his gun. Having stalling enough for the guys to get their camera equipment together, we hopped in the Tahoe and got the fuck out of there.

Gremlin lit off one of my three-inch mortars in Greg’s basement before Greg went out and got one of the gnarliest clips of the entire video. Start your day with a bang, and get a banger apparently.

I feel it’s best known that I explain this situation before you see the video.

One of my first official trips with The Daily Grind crew was to Cleveland. We made plans to stay at Vince Smith’s house and have a bit of a party. I’m not one to party usually, especially with anyone I don’t know, so by 10:30pm I had already fallen asleep in the basement of Vince’s house. A few hours later I was awoken by being stuck by a belt in the stomach and crotch.

Apparently, an associate of Vince’s showed up to the party and was trying to start trouble. Ryan Howard being the antagonist brought these gentlemen down the basement where Gremlin and I were sleeping. One look at Gremlin and he instantly decided he’d pick a fight with me. He started by removing his belt and slapping it down on me as hard as he could while I was dead asleep.

I immediately awoke. I was enraged. However, I remained laying on the floor. I spent the next five minutes attempting to talk this individual out of fucking with me. Instead he remained persistent, after a fair warning that if he hit me again I was going to have to kill him, he smacked the belt back down on my stomach and crotch again, and I got up and lost my temper.

The rest you’ll have to wait to see. I just wanted to explain myself. Fortunately, the guy was actually a respectable human being, shook my hand and apologized for his actions.

Zack Gerber taking a break from the madness.

"Some people had a great time. While others were bummed when they ended up getting lit on fire."

Greg and I started a small fire in the Hell Room of his house after completing the murder scene paint job. The room quickly filled with smoke, and Greg and I passed out on the floor. We were awoken by exploding, water-saturated concrete at the base of the fire, prompting us to finally vacate the Hell Room, and escape to fresh air.

Greg’s Halloween party consisted of going to Wal-Mart and spending nearly $100 on engine starting fluid. We gave them out as party gifts to everyone who entered. Some people had a great time. While others were bummed when they ended up getting lit on fire. It was a good time. We used every can. 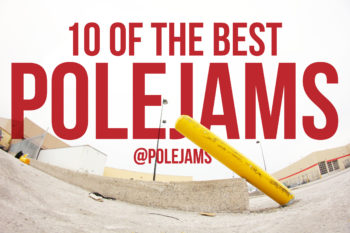 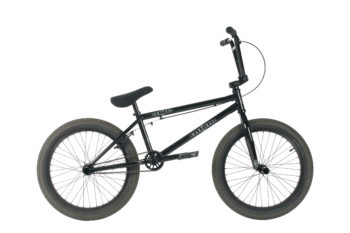