Kilian Roth - Dealing With It

Kilian Roth - fakie bars through the branches and into the street a few months ago from the Eclat In Cyprus trip.

It's the classic age-old BMX horror story - blown out knees. A lot of us go through it and some multiple times but to have it happen at the young age of 18 is pretty unfair. That's exactly what happened to Eclat, Cult and Vans team rider Kilian Roth though while out in Seville, Spain after a big half cab turned sour. We caught up with him a few weeks after his first ever knee surgery to see how he is coping...

This ledge ride to 180 bars took a couple of attempts and even a bloody lip (see photo below) due to the high speed 180 and an awkwardly placed curb out of shot to the left, but Kilian wasn't flustered.

How's it going? You just had knee surgery on your ACL and meniscus right?

I´m feeling good. Yes that's right, I had surgery two weeks ago. There are various methods to replace the cruciate ligament. I chose the hamstring method. The ACL gets replaced by a piece of the hamstring. The new ligament is pulled through the upper and lower leg bones and secured with screws. The meniscus was torn so they have cut the broken piece out.

How did you blow it out?

I tried a halfcab down some stairs on the 3 Day Metro Pass trip, but I was way too fast and jumped off a little bit too late. I came down too nose heavy and put my foot down. When I landed the whole weight was on it and my foot went in a different direction than my upper body. I just remember that my whole knee hurt so much, especially in the popliteal fossa (pit of the knee). It was a feeling I have never had before, I knew that something was wrong. When I lay on the ground heaps of local kids came around and looked after me if everything is fine. Fred and Diogo went to pick up the car and Anthony and Hadrien waited with me and then we drove straight back to the apartment. Thanks again guys! Luckily it was a three day trip and it happened on the second day so I decided to chill in the apartment the following day.

Another day another bust lip. No missing teeth this time though!

Was this your first major injury?

It was definitely the biggest injury i've had so far, but I've already lost a tooth and one time I was in hospital for three days because of slight internal bleeding.

How long will you be out of action? How have you been keeping yourself busy?

I can´t say exactly but it will definitely take a while. I hope to be back on the bike beginning of next year. Right now it's still kind of difficult to do anything but when the crutches are away I can do more than just lying around. First the important thing is to put my leg back in good shape, and that will take a lot of time. I'm going to buy another motorcycle and restore it for something to focus on and then of course a little bit of work to make some money.

Is there any advice you would give to anyone else going through their first knee injury?

At the moment I can not say that much because the hard work is still to come, but especially because it's the ACL I've done a lot physiotherapy before the surgery. What you do before helps afterwards.

Kilian Roth - Luc-e to crank 180 with some car protection aid from Eclat teammate Bruno Hoffmann. Funny fact: a man was so enraged at me taking photos on the street he took off his belt in an attempt to beat me with it like it was the 1950s.

Have you been given any advice from other riders?

It´s crazy how many riders went through that shit. Everyone I have spoken to said the important thing is not to stress it and take a good long recovery with a lots of physio.

Have you got any trips planned for when you're healthy again?

So far I have nothing set in concrete.

Have you been watching a lot of BMX videos since you've been injured? Does it help or make you more frustrated?

Yeah I watched a lot of videos. I have the time I guess! On the one hand it´s a bit frustrating, especially when you see the good weather outside, but I think it helps more because it motivates you and keeps your mind creative.

Another photo from a few months prior to Kilian's knee blowout, this time a nosebonk luc-e 180 for an audience of drunk people hanging in the square, including most of the Eclat team.

Kilian can sling the bars in any position. Nollie truck first T. 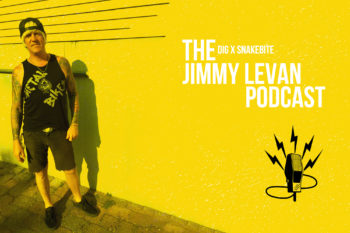 First up in our new Collaboration with Snakebite 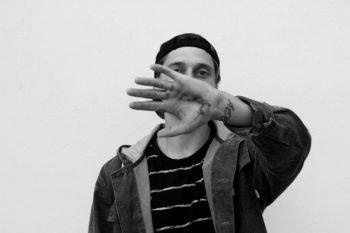