This year has been a crazy one for everyone and I couldn't imagine being a local in a city like Vegas during a global pandemic, but Matt Closson and his boys took advantage of the streets, as per usual. Doing it for Fiend and his own crew Higher Def Brand, his latest edit gifted us with yet another amazing example of his impressive style and bag of tricks. Matt is always such a great dude to be around, so when he passed us along the finalised video I decided to catch up with him and get some insight.

How long did it take for you to film this project, where and what was the time frame?

I started filming clips at the end of 2019 without any real project in mind, just going out with the gang and stacking clips. When the lockdown was put in place, I was laid off work and had two months of perfect weather and not having to go to work. I told myself to take advantage of that time and go ride. We went out in a small group during the lockdown and took advantage of the empty spots. I had a few more things in mind to film, but I ended up breaking my collarbone at the end of May. Then the next week the lockdown was lifted and I was back to work.

Damn, sounds like you really took advantage of this quarantine! How was it riding street in Vegas during the lockdown in one of the world’s most visited cities?

It was honesty a surreal experience to say the least. We’ve always joked about spots down there like, “If this wasn’t at a casino this spot would be dope” and for the first time ever we were able to hit some of them. It almost felt like a ghost town down there. For the most part security and Police were really cool with us and just told us to keep moving. It will definitely be something I look back at when I’m older and appreciate that I got to experience.

So this is your 3rd exclusive release on our site, why is it you tend to premiere your riding through DIG?

I’ve always been of fan of Dig. From the image to the quality of content, it’s always been top notch. It was also the first magazine I was in back in like 2010. I got a two page spread and was so hyped!

Who helped you film and who edited it in the end?

The whole HigherDef crew helped with this one. Some of the camera holders were: Dylan Lopez, Sammy Combs, Keaton Harris, and Ryan Mills. The last clip was filmed by Peter Adam when we was in Vegas working on a couple projects. I did the editing. It’s always weird to edit your own footage but I think it worked out.

What are the two other videos you have have released on DIGBMX.com?

In 2015 I had just moved back to Vegas and put together a little web video that ended up being a Dig premiere and then last year we put out Desert Town.

Every time I visit you in Vegas and catch you anywhere else for that matter; I can’t help but notice that you tend to motivate and inspire your friends and other riders… What would you say keeps your personal momentum rolling these days?

I just love BMX. Life is so weird and fragile, it’s rare to find something that gives you such an escape. It’s nice to be part of a community full of people who genuinely want the best for you and will help you. A lot of people tend to drift away from BMX as they get older, but it’s shaped who I am and I like to try and give back.

Tell us a little more about how this video…

What was your favorite clip?

I think my favorite clip is the 180 wall ice. I’ve been wanting to film a good one for a while just hard to find the right spot.

Which clip gave you the most grief?

I would have to say the half ban on the double set. I live like 5 minutes from that set and drive by it all time. I had called it out a long time ago just never felt like the right day. I got one clip earlier in the day and my buddy was like, let’s go get that half cab. After about 5 or 6 tries I rolled away from it.

What happened with the cop?

Luckily we had such a big group he let us go. He got out of the car hyped up because he didn’t know what we were doing. He thought we were just blocking traffic, but once he realized he was alright. I didn’t get to roll away how I wanted but sometimes you have to take what you get.

I remember you telling me awhile back, that when you hit 30 you began to feel your riding finally click and that you’re in the best riding condition of your life! Could you explain a bit more as to what that means to you?

I was so reckless in my 20s. I was just living in the moment. I would drink whenever, and eat whatever. I knew I wasn’t making the best decisions but I was just living. I became much more conscious about my diet and taking care of myself. Along with that my home life and personal life is great so that’s a huge help. I would like to ride at my highest level for as long as possible.

Anything else you would like to add about the video, or any special shoutout’s?

Huge thank you to all the homies who helped with this one! And shoutout to all my sponsors for keeping me on a fresh bike. See you guys in NY for the Don of the Streets! 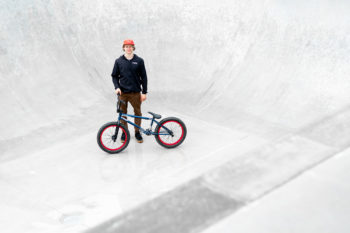 Get a closer look at his FLY BIKES Aire 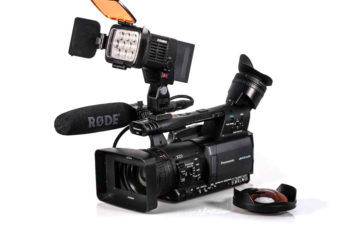 "It's gestures like his that make the BMX community as strong as it is."