An original prototype could be yours...

Profile added Matt Coplon to its team in 1998. This year, 2018, marks 20 years. Although Matt has taken on several other duties at the Profile factory, handling both Team, promotional and sales management positions, he still rides almost daily. In celebration of those 20 years on the team, and looking back recently to his turning 41, we’re sharing both his original edit for Profile (Saluting Brutality, circa 1999) as well as his latest, 'Year 41' edit.

With the posting of these two edits, Profile is giving away a one-off prototype of Matt’s custom hub manufactured in their factory this past year.

This internet scavenger hunt will dictate the winner:

To win this hub with the specs. of your choosing, do your best to answer as many of these questions as possible. Follow @profile_racing, @digbmx, @matt_coplon on Instagram and submit your answers to matt@profileracing.com

In the event that there is more than one winner, there will be a tie breaker.

Have fun, and from Matt, DIG and Profile Racing, thanks for the support!

4. In the 'Saluting Brutality' edit, three basic tricks were done that WERE NOT repeated in the 'Year 41' edit. What were they?

5. In the 'Saluting Brutality' edit, three basic tricks were done that WERE repeated in the 'Year 41' edit. What were they?

6. In 'Saluting Brutality', several of the skateparks featured are no longer open. Name two. (You can list either the skatepark’s name or by city they were in).

7. Through the editing of both sections, Matt’s home skatepark has remained the same. It’s actually one of the oldest running indoor parks in the US. What skatepark is that?

8. What year did that skatepark (from question #7) open?

9. Name two other riders featured in 'Saluting Brutality' who still ride for Profile. (Hint: There in one rider featured in each of these two links):

10. What Profile sprocket (still in production) was ridden in the 'Saluting Brutality' section?

11. What was the tooth count on the sprocket ridden in the 'Saluting Brutality' section?

14. Both the band used for 'Saluting Brutality' and 'Year 41' were from the same city in California. What city is that?

15. Other than black or polished, what is Matt’s only other color of component choice (see in the 'Year 41' edit)?

"Back in 2017, our head machinist began setting up a program to run a one-off set of hubs for my new build. The very first prototype was an inverted version of the (now extinct) Profile Totem hub mixed with the Classic Profile Rear Mini Hub.

It had the scallops of the Mini Hub (however, instead of being 3-dimensional, they were drilled through the shell) had featured the radius' of the Totem Hub. He went on to produce another version of a one set for my build, which had a much closer resemblance to the Profile Mini Hub.

What we had left is this: the Original prototype." - Matt Coplon

The winner will be able to build this RHD hub with the axle/driver of their choosing.

The Reversal Of Matt - More Info 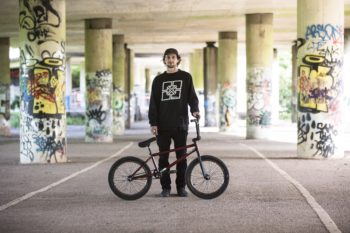 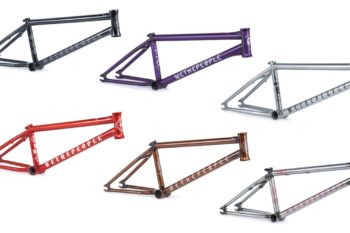 A Selection Of Prime German Whips