The first time I laid eyes on James Maynard Levan I was 13 years old. It was 1998 and Road Fools 1 had captured the undivided attention of a BMX world which had just risen back on its feet in a rider run blaze. The original cast of Road Fools lead the charge with rider owned brands that concreted BMX out of the stone age at last. Amongst the Terrible Ones, the Little Devil, the Cult leader and Dig documenters, was a man of Metal adorned in a skimpy leopard print shirt.

My 13 year old self was beyond comprehension and google eyed at the man who seemingly had no detriment to himself when it came to pedalling full throttle at whatever gap was put in front of him. This video seemed to solidify my interest in BMX, that rider gave me a direction of where I wanted to go with my still adolescent BMX obsession.

I was born into Levangelism…

1999 rolled around fast as I spent my time jumping down stairs with my pubescent balls trying to emulate Jimmy, my parents concerned with my daily bloody shins and numerous broken one piece cranks. My older rider friends had filled me in about the greatness of the NEC bike shows and Bike99 was right around the corner! This was it, the yearly event where all of the hottest commodities in BMX gathered for demos and autograph signings, I would finally get to see Jimmy Levan in person. I approached Jimmy nervously with a copy of the infamous church gap poster for him to sign. After putting pen to paper my friends started to rib me in front of him, being the youngest in our group this was common practice. I quiveringly held out my hand to shake his, wanting to congratulate him on all of his feats on a bike, to my shock Jimmy jokingly grabbed me in a great big bear hug whilst my friends laughed in astonishment. At the time that was one of the best days of my life. Shortly after this event I wrote to Jimmy at Metal HQ in the hope for Metal stickers as he didn’t have any on him at the Bike show. Weeks later I received a hand written letter and a handful of Metal stickers defiantly prolonging my Metal cloud 9 buzz. I painted my second hand Mongoose Menace burgundy and stickered it identicaly to the Metal Kizz, a bike frame way out of price range for an early teen on a daily paper round wage.

The years rolled along as I started to grow up continuing my death or glory approach to BMX, from an early age I was never “naturally talented” but that didn’t hinder myself from giving it my all. In my early twenties I met Ross Tanner, who I didn’t know at the time had been gifted with the position of UK Metal TM. It was Toby Fortes birthday jam and Ross, his brother Mark and myself where the 3 street sore thumbs sticking out amongst a large group of the Devon trails scene finest. We set about constructing street obstacles out of cinder blocks and old wooden boards whist a perfect transition heavy barn was yards away. We heckled, drank beer and rode into the evening until it was time to set out into Newton Abbot's finest nightlife. It was at this point Ross asked me to be a part of the Metal team. Not believing him at first I told him to fuck off repeatedly until the Tanner brothers collectively convinced me otherwise. My childhood dream was becoming a reality.

In my own opinion I didn’t leave as much as a skid mark at all in the Metal bikes lineage of riders, not to say I wasn’t given the opportunity. Through 4Down I was sent on a few trips around Europe’s sought after street destinations with some of the finest riders the UK and on occasion the US had to offer. I was caught up in some type of Keith Richards/Iggy Pop-eske gutter ridden re-enactment, hitting the booze like I’d just received a number 1 street rider of the year Nora cup when in reality we would have been en route to the first spot of the trip and I would already be ruined, that or too hungover to string together a clip and my attempts would be futile. I was quickly getting a reputation as a liability. What can I say, I was finally off the reigns but headed in the wrong direction. With a denim and leather clad wardrobe, dyed black bouffant and a strong penchant for sleazy punk rock I certainly looked the part but behind a set of handlebars I wasn’t anywhere near the likes of cutting the cloth with guys like Sean Burns or Caleb Kilby among other Metal bike affiliates. Eventually I was politely told “you’re very Metal bikes, you’re just not very 4Down” and like that my childhood dream had gone kaput.

"In my own opinion I didn’t leave as much as a skid mark at all in the Metal bikes lineage of riders, not to say I wasn’t given the opportunity."

From that point I faded into obscurity as far as my BMX peers were concerned, working jobs that were enough to just get by and just about getting to ride when I was awake during the day, which wasn’t often during this time period. I still had a lot of growing up to do but professional and personal circumstances were for the time being limiting me. Always keeping an eye on BMX media, it’s as if a David Copperfield magic trick had been performed under my very eyes, Metal Bikes here one minute gone the next. Between life threatening injuries that Jimmy sustained, manufacturing and distribution issues and a strain on Sean Burns to keep the Metal Bikes boat afloat, it’s as if the iconic skull and spade brand had instantly vamoosed into obscurity.

Fast forward to 2017, ten years since I was first hooked up with a Metal Rebel Contender frame through 4Down. I find myself working for the very company that had deemed myself “not very 4Down”. I had moved to Hastings 3 years prior after meeting my now wife on the dance floor at Mark Tanners wedding. It’s in Hastings I finally found a balance between good employment, BMX and having just the right amount of decent adulteration. It’s not true what they say, a leopard can change its spots; they just have to remove the slinky leopard print top they’re wearing. After developing a good friendship with Ian Morris and him realising that I’m “one of those BMX lifers” he offered me a job that suited my supposed loud mouth attitude, on the phones talking to shops daily, an unrealised true calling of mine.

"it’s as if a David Copperfield magic trick had been performed under my very eyes, Metal Bikes here one minute gone the next."

A few months ago I see a post here on Digbmx.com “Go Fast, Pull Up” the Jimmy Levan documentary trailer, I gasp instantly and hit play as soon as my fingertips allow. That 1 minute and 23 seconds resonated deeply as Jimmy describes his outer worldly experience edited masterfully by Chris Rye and depicting a lot of the video snippets that led me to idolise him throughout my teenage years. I had to watch the trailer instantly again, I couldn’t fathom what was in the works… I then turn my eyes to the text that accompanied the video, my eyes bulged when I read the last paragraph “Jimmy is considering relaunching Metal to bring back some of the classic shirts they made throughout the years”. That’s it! What better way to repay Jimmy for letting him down many moons ago with my half ass attempt at being a team rider than to give him a hand in resurrecting the brand that many left for dead. I knew it wouldn’t be an easy task between locating the art work and having the assistance of John Dye getting it redrawn but it’s more than worth the trouble. I just had to email Jimmy after nearly a decade between emails and offer my assistance.

Hold on, what’s his email address?

A re-run of the legendary Metal Bikes clothing will be available soon via 4Down. 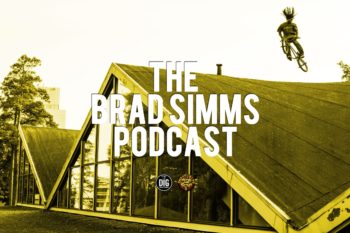 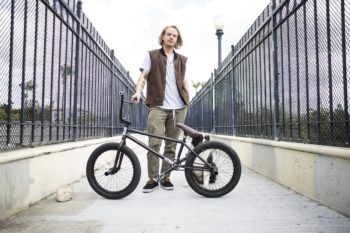