Point and Shoot with Calvin Kosovich at the Vans 'Shimmer' Premiere

"Ty actually set up 'No Parking' signs but that did nothing"

Let us hope Calvin and Tony Ennis bless BMX with a joint project one of these days.

Interview and photos by Kevin Conners

Vans threw a small premier one early July evening for the release of their newest video project 'Shimmer', along with the release of Ty Morrow's signature shoes. With good times ahead I grabbed a random point and shoot and a roll of film from my glove box (god only knows how many x-ray machines it's been through or how long it had been in there) along with a pint of whisky, jumped in JJ Palmere's car and headed up to Hollywood to see just what the homies had whipped up.

This one was certainly a breath of fresh air for me, having only heard "shimmers" of who did what where and not seeing any footage prior, it was just what I had hoped it would be: amazing and progressive street riding by some of the best, along with a traditional feel and crew vibe. It made for a nice balance as at times it seems like videos can simply come off as too serious, and BMX isn’t serious, so I’m thankful for all the filmers out there remembering that BMX is just fun. Some of the closest friends doing what they love together, along with the support of Vans, and having Calvin at the helm to make sure the video was just what he envisioned it be.

I figured I’d shoot him a few quick questions to get the backstory on the project. And pardon me, the camera had been drinking...

Tthe man behind the project and unfortunately my smoke. Calvin Kosovich.

I feel like I should know this being your friend and all, but this is the first video you’ve fully been at the helm on from filming, editing, etc… Correct?

I don’t expect anyone outside Australia to know haha but I’ve made two full length DVD projects in Perth before I moved out to LA. Best times of my life and so was making 'Shimmer'. Videos that incorporate multiple riders/ friends mean a lot more these days to me than just a single self promotion video.

That had to be both refreshing to have Vans supporting you and the crew you went with for this video, how important was that for you, knowing this was with your friends and you had the support to see it through?

It’s pretty amazing for a company like Vans to let us run with our ideas without any interference, they trusted us from the start and I appreciate that. This was a stealth project and I give it all to Jerry Badders on this one, he let us go out and do this without hesitation. So thank you Jerry and Vans

From the start what was the plan with “Shimmer”, was it originally supposed to be this size project or something much more simple?

The idea was California based vans street riders riding and filming in California. That was definitely achieved along side some additional trips to BCN, SF & Sydney. Bruno came out and stayed with me to film which was super awesome, he came out here with his GF on a vacation then just stayed on to be apart of “Shimmer”. Lewis snuck in some footage when we were in Sydney and that’s how the video came about with the crew involved.

Black has been a staple in the Hollywood community for years now is always showing support.

"It’s pretty amazing for a company like Vans to let us run with our ideas without any interference, they trusted us from the start and I appreciate that."

Looks like you guys traveled a fair amount for this project as well as utilizing a lot more local southern California spots, was there any particular trip that stood out to you?

Well for me personally it would have been BCN, it was my first time seeing the place and it was overwhelming to say the least. Both Dak & Ty smashed it on that trip so it really was the most productive and fun atmosphere of the video. At the end of the day it’s all these SoCal spots that made the video what it is, best place in the world to ride bikes.

Seems as though you used a lot of different cameras and techniques for this one, from the actual 8mm film (it exists, please people stop with the post filters), to gimbals and DSLR. Is that simply something you feel gives the best overall look you desired?

It sucks to see super 8 filters being used but I understand that it’s expensive to use. I wanted to approach Shimmer with a cinematic feel by using correct frame rates and shutter speeds with the use of the gimbal. The super 8 is designed to break the cinematic feel by creating a ghost like presence.

I feel like even with the Gimbal and DSLR you where able to maintain a good balance of new technology while maintaining a traditional and strong crew vibe, was that the intent or something that came naturally as filming progressed?

That was the goal for sure and I’m glad it came through in the film. I didn’t have much gimbal experience after selling my Hpx and whale eye but it was time for a change up. You can film pretty damn close fisheye with these gimbals and once you understand what it can and can’t do it really starts to feel like filming with the Whale eye. The riding is progressing and the filming must be too.

Andrew Cast and Travis Hughes enjoying the fruits of their labor.

Two if the craziest, yet most genuine people, I know. Calvin and Augie.

To say Ty’s mom Christy is one of the greatest, is an understatement.

Good friends lead to good times. Reynolds and Calvin way out of focus.

Is this project a one off type thing for Vans, or will we be fortunate enough to see more video projects out of Vans and yourself in the future?

Vans will for sure be putting out more videos regularly, If the veiwers enjoy this enough then they may ask for additional projects like this. It’s tough with all the analytics controlling our movements, hopefully we can go back to mailing letters and subscribing to magazines from the back of cereal boxes.

You had to of done some serious work to clear those songs for youtube, how hard was it to get the music you and the crew truly wanted cleared for this?

It just comes down to your budget and then you’re controlled by that. I stayed with independent labels but some come with big publishers like Sony, Warner etc. Filtering through what you want and can’t have is so time consuming but eventually you will find what you need and have additional songs for future projects.

Were there any stand out clips that you and any of the crew really had to fight for?

Ty’s ender was the toughest due to parking situations. It was a waiting game for the run up and run out to be open. Ty actually set up No parking signs but that did nothing haha. On the last week it finally opened up and Ty laced it perfectly.

The camera has been drinking.. not me.

"BMX is a team effort so always respect people’s time around you."

Is it ever crazy for you having both the filmer responsibility, as well as coming up with the goods on your bike?

It’s so second nature after all these years, nothing changes it’s just riding bikes with friends and documenting the moments. I love all aspects of the process, more people should bring something to the table other than just riding. Taking photos, being video camera able or just finding spots can make you super valuable. BMX is a team effort so always respect people’s time around you.

How was it editing your own riding?

I don’t remember spending much time on that, just threw it in and did color and mix. I tried to keep my riding to a minimal for the project but ended up using a little more than intended.

So obviously you didn’t film yourself and there was some help from the crew on filming yours and many other clips. How important is it to be working alongside guys like Dak and Ty who we all know are more then capable of filming as well as riding?

For sure, these guys always have my back if I want to get down. Like I said in the other question, bringing something to the table other than riding makes you valuable with what we do. It’s an honor to have these guys in the video and help me out with filming, cheers boys.

Huge thanks to Jerry Badders and Vans. Bruno Hoffman, Travis Hughes, Dakota Roche, Lewis Mills, Sean Ricany, Andrew Castenada & Ty Morrow for being apart of this project. Couldn’t have done it without any of these people above. Thank you!

JJ and Garrett enjoying the night. 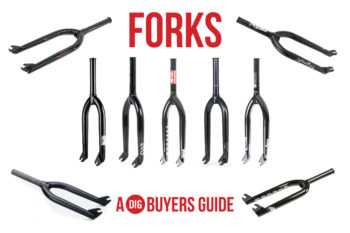 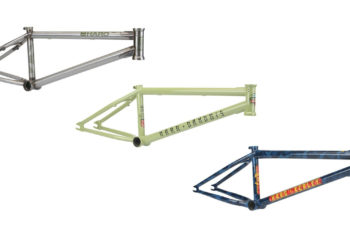