"We never rush the development of a new product"

Out of all the new BMX products doing the rounds out there, it would be fair to say hubs get people pretty excited, and also fire up opinions fast. Whatever you ride, whether it's a coaster or cassette, you probably have a brand of system that you like to stick to. Eclat have had their head down working away on the development of their new Seismic hub for the last two years now and with it's Toothed Coupling System it's no doubt going to get tech heads talking. We cornered Eclat product developer Dave Paterson and asked him some questions about the new kid on the block.

You guys have been giving everyone teasers of the new Seismic hub through the Eclat parts page for a while now. What makes this hub so different from a regular cassette?

The feedback has been astounding and we’re stoked to finally be able to get this thing out there and for people to ride them. The main difference with the SEISMIC Hub compared to other hubs on the market right now is the basic principal of how the hub works. Traditionally cassette hubs have always used individually sprung pawls on the driver engaging into a ratchet ring inside the hub shell. The SEISMIC HUB uses a very different internal mechanism that we developed over the past 2 years called the “Tooth Coupling System” or TCS for short. This new and patented internal mechanism uses 2 sprung ratchet rings inside the hub and the driver. These two rings are pushed together with two specially designed springs, this allows the hub to drive in one direction, and coast in the other.

What advantages does the Seismic Cassette Hub have over a regular cassette hub?

The SEISMIC hub transfers power in a much more reliable and stable way. With a typical pawl-based hub, when the hub is engaged, only 2 or even 3 of the pawls are making contact with the ratchet ring at any one time. All that force and torque is going into 2 or 3 very small and independently functioning parts. This is what often causes skipping or popping from a normal cassette hub when one pawl moves independently from another and skips through the ratchet ring. With the SEISMIC Hub, once the hub is engaged, the disks are in 100% contact with each other and transferring power simultaneously with a much larger surface area than a traditional cassette. This not only transfers the power more stably, but it also reduces friction since the power is more evenly distributed, which prevents slipping or failure inside the hub.

While being a far stronger system, it’s actually simpler to work on and much lighter than a standard cassette hub. Using these internals combined with a slimmed down hub shell, we were able to shed over 100g off the total weight of the hub without sacrificing the strength of the axle by reducing the diameter as some other lightweight hubs use. This hub is fully compatible with our VIPER and GONG nylon hub guards, allowing you to really thrash this thing in the streets without having to worry about damaging it. From the get-go we designed the SEISMIC hub to be easily serviceable and reparable whilst out on the road, because many of the parts used on the SEISMIC hub are similar to what we use on our existing hubs. The propriety components inside the hub are affordable and will be available from éclat dealers across the globe.

How long, from design to production, did it take to make this hub and were there any challenges along the way?

We never rush the development of a new product, especially something as complicated as a hub. However, with this project we kept blasting through green lights, and almost got everything right first go on the SEISMIC hub. The first samples hubs we received worked absolutely perfectly and are still being ridden 2 years later. Whilst similar internal mechanisms have been used and proven to work incredibly elsewhere in the cycling industry for a long time, the challenge was taking the internals and getting them to work inside a compact BMX hub shell. It took us a while to really get it to the point where we were happy with the size of the hub, weight and most importantly the strength and durability of the mechanism. We made a few changes to the ratchet disks to improve engagement and durability but after receiving updated internal parts for the first sample hubs, we really felt we had something that performed amazing and worked exactly how we wanted it to.

Will it be available in LHD and RHD separately or does this use a switch drive system?

Despite the first samples being RSD/LSD switchable, for the production hub we actually decided to use independent RSD and LSD disks. We wanted to use independent disks to enable the spring to sit better against the disk and allow it to function better since it would have a flatter surface to sit against. Using independent internals also allowed us to slim down the design, reduce some more weight from the hub and also allowed us to use a different tooth profile to increase the engagement of the hub.

From the pictures we've seen on social media will this just be released in a 14mm male axle with a 9th driver or are there plans for more options later down the line?

The first run of hubs are available in Black with a 9t driver and a 14mm heat treated chromoly male axle in both RSD and LSD options. If Black isn’t your thing, there are colours are planned on future orders. Down to the fact that this new system is more affordable than we originally thought, we will be able to offer more axle and driver options will be available on future orders allowing you to customise the hub to your exact needs. We will be most likely be offering a female axle kit and a 10t driver, maybe even more options. We also developed a matching front hub, which is based off of our super popular CORTEX front hub but with a matching hub shell design, allowing you to build up one seriously dialled set of wheels.

How can we expect this hub to hold up to abuse in the streets, with riders who run four pegs especially and will there be compatible drive and non-drive side guards available?

From the very early stages of development, we knew that despite being designed for every kind of rider, the main advantages of this hub actually make it the perfect for street riders. The internals can handle so much torque and stress which makes it the ultimate cassette hub for street riders who put their bike through pure hell day in, day out. The axle is incredibly strong and the hub was designed to need little to no maintenance and be easily fixable in a pinch. The very first prototypes are still being ridden years later without any maintenance actually needing to be carried out. The hub comes equipped with our VIPER and GONG Nylon fibreglass hub guards, however if pegs aren’t your thing, the hub comes with extra cones allowing you to ride it pegless.

When can we expect the Seismic hub to be available in distro's and shops?

The SEISMIC Cassette Hub is shipping to our international distributions now and will be available from BMX stores over the upcoming weeks. Hit up your local shop and ask them to contact the éclat distribution for availability.

The Wait is Over - More Info

Find out more about the ECLAT SEISMIC Hub HERE 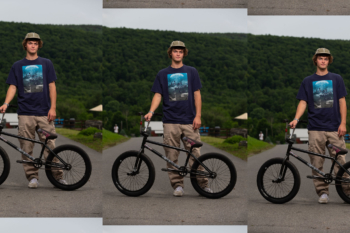 "All The Way Turned Up" - Mark Burnett and the Subrosa Griffin 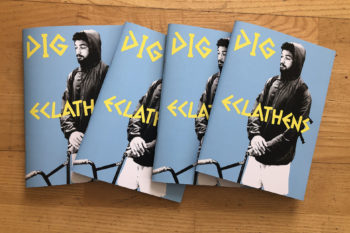