Our Randomizer series continues, this time with BSD / Eclat's young tech wizard Sam Jones. Find out whats under his bed and his idea of a perfect date night, just don't take any advice from him when it comes to eating habits...

What is your favourite thing to do on a Saturday night?

I do love to go out and smash a few beers! Anywhere with good music, good company and a pretty big lit up dance floor! Dancing is a big part of the night!

1. A good steak, chips and veg. 2. Tied between a lasagne and a lamb bhuna! 3. 2 quid banger from the local takeaway called megabite! Consists of a cheese burger, fries and a can of pepsi! For £2! Bangs!

Stretch your left arm out as far as you can, What can you touch?

At the minute it's two of four dogs, Maise and Rufus!

Best destination to take a date? How did the last one work out?

Being in a relationship for four years I can't really say! A nice walk in the snow to get to know one another worked out pretty well! Nandos always goes off as well haha!

If you became a multi-millionaire overnight, what would you buy?

I had a job two years ago where I thought about this every day for nine hours straight! I'd have to buy a big warehouse, make a decent plaza set up, and a balcony inside looking over and pimp it out in a 70's theme, hot tub and what not! Go-kart track surrounding the warehouse, motocross track, paintball course! A triple garage to park my Audi RS4, R8, and Ken blocks Mustang! And a nice amaha YZ250 to muck about on! Plenty more I'd buy...

Sam is probably the only person I know who eats microwave chicken curry for breakfast, but when you can do crook bars like this, who cares? Glasgow 2013.

When you were 15, what was your favourite BMX video?

I used to bum Road Fools!

I'm not a big news fan. It always seems to be bad news and I try to stay positive; I tend to keep out of that shit! Although I can say don't believe anything that's on Facebook jeez!

What happened in your last dream?

I was in Manchester sat on a wall playing Clash Of Clans, and a homeless man came up and begged me for some change, and as I reached into my pocket a beautiful ginger woman ran up and high kicked him in the face!, then robbed the change I was about to give him, went across the road and bought a subway... That;s all I really remember! Dreams are fucked!

When did you last laugh?

Laugh all the time, it's a joy! Just before writing this, watching snooker on channel two, a snooker player's nickname was 'red haired assassin.' A polite way to call him ginger haha.

Undecided! I've heard lots of opinions on the matter; both sides making some good points!

How many languages can you speak?

I can barely speak English!

Which rider do you relate to most on the BSD team?

I can relate to Pales, Leezy and Reed in the music sense! Although they're not too much into disco, just rap and grime! I relate to anyone on the team really because there all sick guys, ride BMX, love to travel and enjoy a good night out!

If you could eat lunch with one famous person, who would it be?

James Brown! Big personality, I bet he was fucking hilarious!

Fuck! I thought about that for a while and can't decide to be honest! A wide range of music!

What's under your bed?

An old drawer filled with old donk cd's and tapes! Back to the roots! A few PS2 games and my old prom shoes with weights taped on because I couldn't be assed buying ankle weights.

If you could have any job, what would you want to do/be?

Hmm, that's a tough one! Be something extreme like a F1 driver or something!

How far away from your birthplace do you live now?

Another one from summer of 2013 - Sam keeping it locked in. 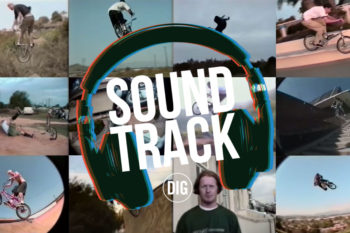 Listen again to a classic BMX video soundtrack that is as eclectic as it is iconic... 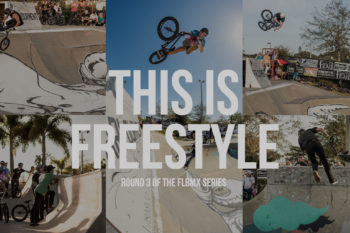