Just prior to the Coronavirus pandemic gripping the U.S. (and most of the planet at this point) Sunday took a team trip to Las Vegas, Nevada early March for 10 days. This was possibly the last company BMX team trip to happen since then. We caught up with a few dudes on the team and dove into all the specs of their personal rides just before everyone flew home. A few days later, most cities (including Vegas) went into lockdown mode, and social distancing rules went into full effect. We went over Erik Elstran's bike HERE; up next is longtime DIG Staple and all-around shredder Gary Young and his Soundwave setup.

Keep an eye out for more from the trip; the upcoming edit filmed and edited by Zach Krejmas is going to be a good one.

Weight of bike: It’s light but it takes a beating. I don’t like working on bikes; just have to tighten some spokes.

Cut down the forks; I don’t like the look of spacers.

Built to last; uncomplicated. I put the parts on, and they stay on for the course of their life. Easy.

Where do your parts go when you’re done with them?

Any that have life left in them, I give them away. I hold on to my frames a lot of times. I usually use my stuff until it’s pretty beat up. A new bike doesn’t feel like your bike. I don’t change stuff very often.

How long does a bike last you?

I usually do 1-2 new builds a year, and that’s more because of colors and stuff that get changed. I know that contradicts what I just said, but that’s what happens. Both of those statements are true, and it doesn’t make sense. (Laughter)

You were on the cover of DIG Issue 26 January/ February 2003. How has your bike changed from then?

My bars have gotten taller, my tires have gotten a little wider, no brakes, and a coaster. Pedals are ridiculously bigger now; it’s much easier to find my pedals now than back then. (Laughter) My shins enjoy the plastic.

You’ve had numerous signature parts over the years, what has been your favorite?

I feel like the grips. I feel like that’s the most in tune part of the bike. My first grips I really liked, then we changed them for the second one. I really liked the rings in the first one. We went back to that in the 3rd version, and tried to make it the best version.

Anything else in the works?

We have the Traveler Bag out. I thought it would be sick to have a bag under 62 linear inches, and not get screwed by the airlines. We came up with other ideas to make it better. I love it. You gotta take off the wheels, but I’m also not getting charged for it being oversize. I would be going to like Estonia in February, and they’d be like, “There’s golf courses in Estonia??” “You’d be surprised!’

Going golfing in the Tundra. How long has the bag been out?

"It’s light but it takes a beating."

What are those bike packing mods you made?

Traveling a lot, anytime you get on airplane, it seems like your grips get ripped. I took a piece of cardboard, wrapped it around my grips and then duct taped it. Now it’s these little pieces that pop on my grips every time, and don’t move. There’s a piece that goes over my fork steerer tube, rear dropouts, and head tube.

Doing the Vans Pro Cup comps (more info to come). Finishing up a Sunday video part I’ve been working on with Zach Krejmas. I just want to get a couple more things before we put it out. We’ve done a lot of stuff locally, and did a couple of trips. And hopefully Swampfest (eventually) (ed. note: this was asked before the 'Rona fully came into play in the U.S., and Swampfest postponed until October).

GY, wallride to ice on one of the best spots in Sin City. 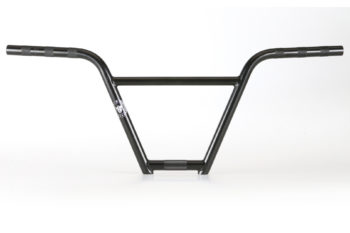 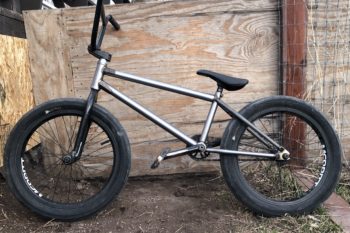