The Layos tool for slaying all transitions...

Here's an in-depth look into Mr. Sergio Layos' tool for slaying any and all transitions. His signature Trueno frame has been an ongoing evolution from the Pantera days, and his current setup reflects the clean and classic style Sergio is so well-renowned for. We also got plenty of submitted questions for Sergio via Instagram; scroll down and read the answers to those burning questions that cover everything from Road Fools 12 to being in a relationship and traveling.

Back wheel: Flybikes Lunar rim with a Profile 9T hub and BSD spokes

Now That's How You Do It! - More Info

@sebastiankeep: Have you changed your attitude to riding the last 3 years because you seem to be charging harder than ever?

I think since I broke my leg the first time I have changed a lot of things in my head, and I have been focusing more on having fun doing something that I love, rather than doing something that I felt I had to do to keep in the loop of what was a trend at the time. I put a lot of pressure on myself and ended up not enjoying much what I was doing; now I got my head where it needs to be and I been loving bike riding more than I have ever had and it seems to work better this way. Just been enjoying what I love, I guess.

@jamesvdk: How was being on road fools 12 as a relatively unknown kid from another continent surrounded by the biggest pros of the time?

For me that was a life changer.. I couldn’t believe that I got invited on the trip with all the people that I still look up to. I had a Ryan Nyquist poster on my room, I watched over and over every part that Corey Martinez had at the time; I was amazed by how amazing Gary Young's lines were, and just being able to ride Chris Doyle’s local trails was a dream come true! I couldn’t ask for a better crew; everyone got along really good and traveling on a huge bus with all of them is one of the best memories I have.

@brucethejuice415: How do you keep finding original lines at every park you go to? What is the first thing that you see when you get to a park or bowl?

Bowls are my favorite thing to ride and what I enjoy more on my bike. I feel there are millions of ways to ride it; even you can ride your local place and you will see someone that in 5 minutes has done a line you never though about. I love it so much that when I get to one, my mind already starts looking for lines and places you can jump from, corners and places that you can air. And the only limit there is your imagination; I guess the more you get into it the more natural that you find the lines. With just a picture I already start dreaming about what line I would like to do. I’m sure that happens to a lot of us, ha, ha, ha.

@empirebmx: Can I call you Billy Bad Ass? 'Cuz that’s what you are.

Love you guys so much you can call me anything you want!! Ha , ha, ha, ha.

@brad_fardy: Who are some of your favorite riders to watch ride?

I have a lot of people I get inspired from and most of them have a unique style or way of riding and sometimes all I want to see them do is a tire slide. I’m sure I will miss a bunch of them here are a couple: Matt Roey, Matt Cordova, Corey Walsh, Corey Bohan, Chase Hawk, Kris Fox...

@nacho_cueva: Who were the people you looked up to when you started riding?

I think I got influenced by a lot of different styles, but of course and over any other Ruben Alcantara was my favorite, Joey Garcia, Ryan Nyquist, Taj Mihelich, Jay Miron, Joe Rich, Dave Mirra, Dave Osato...

@startenddisciple: How long does it take to change a flat these days?

I’m very good at it I guess, ha, ha, ha. Two minutes, maybe... also with integrated chain
tensioners and how good bikes are these days I think it's a pretty easy job!

@paulo4130: How many HP does your Mini have? What you like most Gazpacho or Tortilla?

Ha, ha, ha, I think my Mini has around 70 HP, if it hasn’t lost a few through the years, ha, ha, ha. Enough for a small car like it is! I am a big big fan of both- a good Tortilla de patata is something can be so good, but a good Gazpacho on a hot summer day is way too good too!

@eg_x0: Do you remember what tricks did you learn the first year when you
started riding?

When I started riding a feeble on a ledge and a pull-up barspin were tricks; when I first dropped in a ramp then the usual double peg and manuals and maybe some fly out tricks as 180 or 360. I don’t think I learned more than that; I was more focused on just riding, I guess.

@evilryu4130: I know the answer probably but it’s one I struggle with. Pantera
or Metallica, which comes first when you ride?

I have to say Pantera. I have always been a big fan of the band and some songs are way too good from me to put Metallica on that level. I love Metallica too, but there is something about Pantera that makes them the best, in my opinion.

@mark_vos_bmx: Hey Sergio, so great to see you blessed with the skill and fire to always continue to push the level. Do you have a woman in your life? How do you deal with love being away often? Bless you brother! I remember a photo caption from you were 17, showed up with an X-up from Madrid and never stopped amazing. Hope you live fucking long and healthy.

I have to say I haven’t been the luckiest when it comes to love, ha, ha, ha. I don’t
have a woman in my life at the moment. When I have had one and traveling wasn’t an issue, sometimes I think missing someone is a good way to keep a relationship alive
and interesting, and was always also a good way for me to also travel together. But I have to say that is not the same for the person that stays waiting for the other to come back than for me that I’m away doing something I love to do. Maybe some day... maybe, ha, ha, ha. 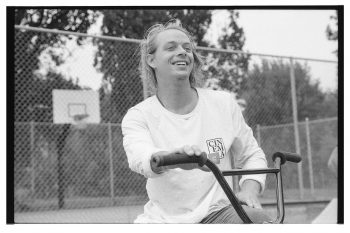 “One For The Road” - CINEMA PITTSBURGH

"all photos shot on Ilford HP5 and pushed for good measure" 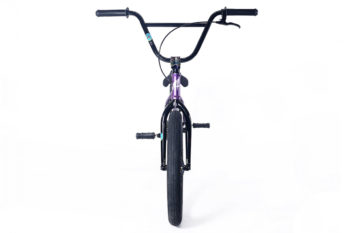