The Percept DVD With Bob Randel

"My whole life is a trip but none of it is organized."

Bob lacing a steep crook at a Bay Area school. Got it first go, but did it again for cleaner make. Photo: Feil

It may have taken longer than Bob Randel originally hoped, but after many years of anticipation 'Percept' is a reality.  After having seen it myself, I think it's fair to call it the best full length video to come out of the Bay Area in many years.  The last great scene video I can recall was 'Cuttin' It Deep', which featured Eddie Cleveland and Zac Costa, and was released roughly a decade ago now.  We've seen plenty from many talented riders in NorCal since then, but the area has been underrepresented overall.

Bob Randel has changed all that with 'Percept' by providing the world an honest representation of the present day scene.  Shining a bright light on familiar faces like Jackson Ratima, Kurt Russell, and Bob himself who are still going hard as ever, and bringing to the surface sleepers in Bubbie Gowin and John McGowan whose sections will certainly sear their names into your memory.  Lucky for us Bob was kind enough to answer some questions about the project, so without further ado, here's the man himself..

Bob behind the lens on a weekend mission down to Los Angeles. Photo: Feil

First off when did the initial filming start for the Percept DVD?

It’s hard to say, maybe somewhere around 2010, but I was calling a DVD out long before I knew what it would actually take to get it done haha.

What were your motivations to produce this project?

The motivation has always been the same. Try and get guys in Northern California some coverage. Which in the beginning wasn't too big of a deal either, but over the years photographers and filmers have came and went in NorCal. Kinda just leaving a handful of guys who still do it, spread out over a big ass area, so I think its important we keep it pushing.

Kurt Russell kicked off a productive day with a downside whip. Photo: Feil

What can our readers expect to see?  What's the lineup of full sections?

As far as the riding its definitely not the Deadline video haha, but expect it to still have a homies vibe. Full parts from myself, Bubbie Gowin, Kurt Russell, Jackson Ratima, John McGowan, Samar Carillo, and D Block.

I know there were some major hiccups in production, care to fill us in on some reasons the video took so many years?

Like I was saying couple of those early years I was bullshitting, but by the time I was dedicated to it some life shit would come and slow me down... computer melting, cars breaking down. I've had my house broken into and everything stolen from me. The homies will always give me shit about how long it took, but it was never because we were trying to get these crazy tricks or something, it was always some bullshit on the other end of it.

Were there ever moments you doubted it would reach completion?

Oh yeah. The one time I had all the boys come over to my house to check there footage for the first time, my house just so happen to get raided for weed plants. So it was looking pretty ugly then, and just when the video was damn near done one of my best friends committed suicide so that had me at a low point for a while.

Who are some of your favorite BMX video creators?  And which past videos do you feel influenced your riding and video style?

Navaz, Darryl, Christian, all of em. I'm a BMX nerd at heart. I love crew videos; Chocolate Truck, ALYK, if we're talking past videos then the OG Animal vids of course, Peg Leg!, all the Shook videos, the Standpoint series.

I know you live in Modesto, and the majority of the riders featured are in the Bay Area, how did you deal with the distance?

10 years of working and hustling to get gas money haha, both my parents commuted to the Bay for work for years so I guess its in my blood.

For those who don't know where exactly is Modesto?  What's the scene like there?

Its a small, shitty little city, basically in the middle of California. Its believed to be the meth capital of CA, so its can be pretty grimey. I have a couple homies that live out here and ride but theres never really been a scene. That's probably what got me into driving all over the place when I was a kid. Its about an hour from SF, or an hour from Sac, if i go the other direction.

John McGowan feeble hop over an L to a massive drop. Photo: Rigal

A few good tumbles and a split brow later and Nick "Vern" Black had conquered an opposite hanger he'd been eyeing for a while. Photo: Feil

D Block hop in and out. You can't feel something like this out, just have to commit and go. Photo: Rigal

Jackson Ratima over smith to pull back over. This was the spot of a day spent riding around Oakland, and quite a few guys got clips here. Photo: Feil

How many trips did you guys organize together?

Countless lol my whole life is a trip but none of it is organized.

Was Barcelona everything you hoped for?

And then some! Def trying to get back there ASAP!

What amount of filming got done in the last few months of crunch time?

It was pretty scattered out but we all had something we were plotting on, or wanted to go back too, John got his two last tricks on the same day.

How do you feel now that the video is done and available?  How's the response been?

Its crazy to me still that its done. Not quite how I pictured it but aye, I'm just happy we have something to call our own, and hopefully the homies will get some shine from it. I've been getting a good response I would say. I can't thank anyone who bought one or gave me good feedback enough, I'm stoked.

Bob made the drive out from Modesto and the crew rolled around Oakland on a sweltering hot July afternoon. Photo: Feil

"I'm just happy we have something to call our own, and hopefully the homies will get some shine from it."

So what's up next?

Happy to put these VX's up and quit capturing tapes for a while. Got a bunch of HD projects started already that I'm excited for.

Lastly where can people purchase a copy of the video? 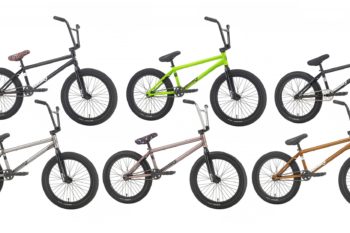 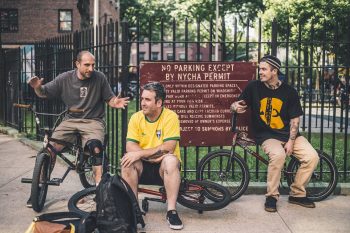