"Blood everywhere, but he didn’t get mad."

We at DIG have been anxiously awaiting the trailer for the Vans 'Illustrated' for some time now, not least because it's their first ever full-length BMX video project. The Vans crew is one of the heaviest and prestigious teams in BMX, and with Justin Kosman behind the lens and editing chair the combination is sure to be a treat. We caught up with Kosman and Colin Mackay to get some more details as to why you won't want to miss this one

'Illustrated' will be available from June 7th 2016 on DVD and via iTunes. Let the countdown begin…

Scotty Cranmer, Bruno Hoffmann, Calvin Kosovich, Ty Morrow, Kevin Peraza, Dakota Roche, Jason Watts, and Gary Young all have full parts. Sean Sexton / Brian Kachinsky have a split part, Pat Casey / Cory Nastazio / Tyler Fernengel have a three-way part and we have a dirt jumping section with TJ Ellis, Pat Casey, Cory Nastazio and Fuzzy Hall. There are a couple surprises in there that I don't want to give away as well along with a documentary style bonus section. The main video is about an hour long with the bonus section adding another twenty minutes.

Four of the heaviest of hitters.

2. YOU MIGHT BE SURPRISED BY WHO HAS ONE OF THE THE GNARLIEST SECTIONS

I'd say that people are going to be surprised by Kevin Peraza's video part. We filmed at very few skateparks relative to the videos he has put out in the past. He basically takes his park skills and translates them to street in creative and unexpected ways. It was a treat filming with him and his brothers over the last year. One trip he got hurt on the first day and I went home early and three months later we got 4 bangers in one day and essentially finished his part. It was truly a feast and famine situation.

Peraza and Gary in the Japan rentals. The one on the right is the landlords. International drivers license required!

3. SIMON TABRON WROTE SOME OF THE MUSIC. WAIT... WHAT?

We filmed this video over 15 months time, accumulated 11.65TB of footage and filmed in over 11 countries. The project was shot by Directed by Justin Kosman and shot by Kosman, Colin Mackay and Calvin Kosovich with many others along the way. Simon Tabron even wrote a song that Dakota Roche ended up using for the intro to his video part. Originally we wrote it to be used as a teaser but when Dak needed a second song he picked out this one without knowing it was Tabron who wrote it. We originally recorded it in Tabron's basement and then I hired a studio musician to record it on a traditional 21-string sitar typically in traditional Hindu and Indian music. Parts of that studio recording are also present in a couple other parts in intros and outros.

4. THERE'S NBD's THAT WILL BLOW YOU  AWAY

Gary and Dakota will knock your socks off. We were just on a trip in Guam and Dak got to see a couple of Gary's last clips and it was a very WTF moment. Both sections build and build till the end, it's going to be wild ride watching these two guys handle business. These guys worked very hard to film a variety of locations and styles, the whole video is such a diverse representation of BMX it shows how many styles of rider's Vans supports. It was a great privilege to put it all together with all these modern day legends.

Matthias and his ever-present smile at the Japanese oasis.

"Jerry loves Australia maybe more than me? He sure loves meat pies. He re-heats one for breakfast and usually grabs two or three throughout the day. I think it was his idea to go to Oz haha. He just told me last weekend he was craving a pie." - Colin Mackay

5. EVERY VIDEO INVOLVES AT LEAST ONE GREAT TRIP STORY

There’s some good ones reserved for the people involved only, but a good public story is the one when we arrived in Osaka, Japan. We got our luggage and proceeded to the car rental agency where Jerry [Badders, ™] had reserved two minivans. I would be driving one, Jerry the other. They asked us for our International Drivers Licence and by chance I had one from a trip I had been on earlier in the year. Jerry didn’t have one so they basically said - too bad, and only allowed us one van. We had a big crew, and didn’t have much choice and decided to pile in one van and at least get to Kobe, which was a couple hours away. Luckily for this mission Peraza happened to miss his flight and would be coming in the next day, because we were absolutely packed to capacity! I was driving and I couldn’t see any other passengers. Just bags stacked to the roof with people under them. It must of been a tough trip for the crew! Especially fresh off a 12 hour flight from the States.

We eventually made it to the house Jerry had booked. It was about 40 minutes up in the mountain from Kobe. There was nothing up there except a vending machine that sold beer and our spider infested house. We definitely weren't riding to town from there. We figured we would try rent another van in Kobe under my name again. We noticed the landlord had a van and we negotiated a deal and ended up renting it off him for the week! We even got him to drive half of us 2 hrs back to Osaka at the end of the trip! We looked after the van like it was our own, but I feel bad about one thing though. Peraza fell on the last day and cut his elbow up. He managed to make a mess smearing a decent amount of blood on the upholstery in the van by accident. Sorry about that landlord!

For myself the travel highlight was the Australia trip, which happened to be trip 1 for the video. I was in my home country filming for the Vans BMX Video! We dropped in on a really exciting project and that first trip was great to get the ball rolling. I was really amped up for my roll of assisting with filming for months leading up to the first trip. In fact I started doing a gym class months before departure so I would be strong especially for holding a camera all day. I went out and filmed my local friends and experimented with new techniques. I just wanted to be fit and do the best job I possibly could. I watched a few of my favorite skate vids repetitively and got mentally prepared for the battles that were to come. That first trip to Oz, we selected a heavy crew. Dak, Ty, Bruno and Lacey. I was a little intimidated since these guys have their filmers they are comfortable with but since I knew the guys pretty well, that helped for sure. We also had done a test trip for the video in Chile in 2014 (Street Dogs) so I had worked with filming the boys before. We arrived with zero footage in Australia and began stacking. Day 1, Day 2… It’s crazy how it goes. Couple clips one day, 10 the next... So for me to so prepared and take the video seriously and then to get that first successful trip out the way, the trips flowed after that. We were on a plane to South America less than 2 weeks later, and Japan not long after that.

7. DAK CONTINUES TO GO IN HARD

I’d say I feel for Dak the most on this one. No other rider went back for round two on the trips I was on. Dak battled at a spot in Melbourne, Australia for a while and we eventually we got the boot from the cops. It was definitely a cool clip Dak was working on, really difficult but you could just see him nailing it on one of the tries for sure. He clipped his back tire just barely on one particular try, almost unnoticeable, he landed a little heavy on the back end and wanted it 100%. Later that night Dak hit us up for an early am session and Kosman, Jerry and I were up for it. We went back to the spot and Dak went in again. It was only like 8am too. Dak battled hard and ended up taking a bad slam. Blood everywhere, but he didn’t get mad. The spot won and he accepted it. We went to the urgent care down the street and had him stitched up. Although he didn’t get the clip, he deserves respect for getting up early and putting in effort to try make it happen. Dak is super committed and determined and to go through that particular clip with him, I remember that one as being the hardest clip to get.

Dak at the spot that unfortunately defeated him. Hardest clip award in my eyes. Melbourne, Australia.

Everyone in the video is pretty famous already so it’s tough to call anyone underestimated. I would say Jason Watts, the most recent guy to turn Pro and newest to the Vans Pro team. Jason really didn’t spend too long filming for the video either, but when he had a filmer with him, he let it rip! He basically had 3 appointments with filmers for his part and he has to be happy with what he has for the finished product. There’s a few clips that might pass by in his part, I say rewind and really think about what he’s doing! But if you’ve been to the spots or are familiar with them, you’ll freak when you see what he’s done for sure. Jason grew up in the same town as me so I have a soft spot for him! I’m proud of the kid! 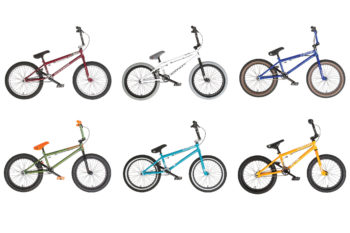 Created with well over two decades of influence... 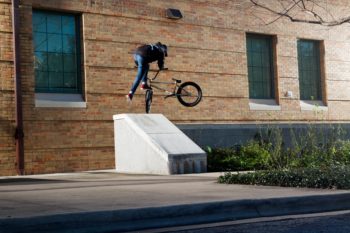