WETHEPEOPLE PRESENT: OUT OF LINE

Out Of Line, the 4th full-length video by WETHEPEOPLE will be premiering on the 22nd August 2020. Here's what they had to say ahead of this much anticipated release:

"Our first ever full-length video (ETC) was filmed using the iconic Sony VX1000 way back in 2004. Fast-forward to 2018 and we decided to start a new project using the trusty VX once more. At the time we felt like we were taking on a huge task - but here we are though, two years later and it wasn’t even that bad. We used around 100 tapes in total, clocked thousands of miles in the van and managed to fly around the world a few times just before the world itself locked down with a global pandemic. It wasn’t the ending we asked for, but as deadlines go it was pretty abrupt." - wethepeoplebmx.de

Out Of Line will be premiered here and on our DIG BMX YouTube channel on August 22nd. Times below:

Wethepeople Out Of Line 2020 - World Premiere

Sorry You Missed It! - More Info

They will be showing a Stephan Atencio video and a new AM video before the main showing.

WETHEPEOPLE Out Of Line Trailer

How to Buy OUT OF LINE

WTP have an online store catering for customers from the USA and the rest of the world where you can purchase the video in two formats, one is a USB stick that can be played on a computer or smart TV and the other is a digital download. There is also a 100 page “limited” hardback book of photographs from the last 2 years of filming.

OUT OF LINE APPAREL & MORE 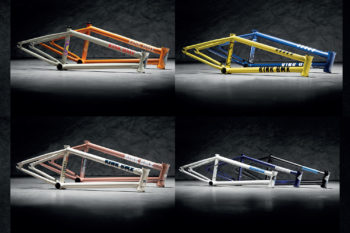 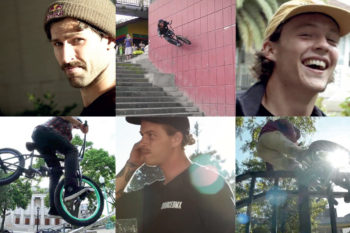 Al the edits in one place