Diary Of A Skate Photographer

I was lying in a bunch of dirt and shit on the ground, sweating and looking at my camera. Not because I’d done anything physical, but because I had just completely fucked up this photo of Chase Hawk, the first BMX shot I’d ever taken. I didn’t even really know what I was shooting or how I’d blown it, I just knew it wasn’t right. Chase laughed it off and said he’d try again. And then I fucked it up again. And again and again until finally he suggested we just move on to the next spot. I’d messed up every single photo.

I really wanted to get a shot of the tire hitting the fisheye lens. I knew that would look cool but it was also pretty scary. I made a few attempts, I even tried bonking the lens on Chase’s tires while he was airing but I nearly knocked him off balance in the air so I pulled back from that. One day while shooting up in SF we went to this park in Palo Alto and I managed to get close with this shot.

That’s a photographer’s worst nightmare really, especially since this was my first time shooting the  BMX team. I’d been shooting their skate team for years and over time had become friends with John Povah, the BMX team manager. I’d corner him around the office and bug him to let me come out with him and the guys to shoot some photos. At the time I knew two things about the BMX world: one, what an actual bike was and two, it was gnarly, really gnarly. So one day John called and asked if I wanted to go to Austin to shoot the  team and a few weeks later, I was sitting in Aaron Ross’s living room watching Chase Hawk’s part in the Empire ‘Bad Idea’ video. Chase had just signed a contract and was about to join the  team and Aaron was laughing as he tried to explain how BMX worked to this idiot who was clearly in over his head. — I didn’t realize just how far in over my head until that first trip to Austin. I watched Tommy Dugan scale up a three-storey building and ride off two tiers of roofs to an overhead high drop. I was blowing every photo so I started reading Dig and watching videos instead.

But still, I sucked. So eventually I swallowed my pride and straight up asked the dudes for help. It became like a bit of a joke with the crew, before each photo they’d almost explain what the trick was and when and where to shoot it. It felt pathetic, but in a weird way, it was also really fun. I just wanted to get one usable photo, ideally on the first attempt. After a while I stopped blowing it, Chase stopped making fun of me and towards the end I even managed to pull off a few shots on my own. -SM

"Aaron was laughing as he tried to explain how BMX worked to this idiot who was clearly in over his head."

This was shot on a trip we did out into the desert with Chase and Tommy Dugan. That was a fun trip because it was the first time I really felt comfortable shooting, like I wasn’t going to mess up every single photo.

"A huge difference between shooting BMX and shooting skateboarding is that with skateboarding you get a few different tries, so you get practice framing and lighting the shot. That’s not really the case with BMX..."

Like Chase, Nathan Williams is another BMX rider that, even if you know nothing about BMX, you instantly know he’s really, really good just from his style and how he does tricks. Shooting Nathan was a bit easier as he rode spots kind of like how skaters would, just ten times faster and gnarlier. I can’t wait to see his part in the video.

" I was blowing every photo so I started reading DIG and watching videos instead. "

ABOVE: I got to know Chase pretty well and one of my favorite pastimes over years of travelling together was proving him wrong. This spot in El Paso was covered in 10 inches of water and mud and Chase was saying how bad he wanted to ride it. I said we’d clean it out if he promised to ride it and he laughed and agreed. So me, Mike Manzoori and John Povah spent six hours completely cleaning this ditch. And Chase always made good on his promises.

I always knew when Chase was a bit freaked out about attempting a trick because when he was ready to try he would get all amped up and ask everyone if they were ready and then he would point at me and say “Sam, you ready? Don’t fuck this up because I’m not doing it again for a photo.” No added pressure at all…

"After a while I stopped blowing it, Chase stopped making fun of me and towards the end I even managed to pull off a few shots on my own."

Dugan and some Texas heat. 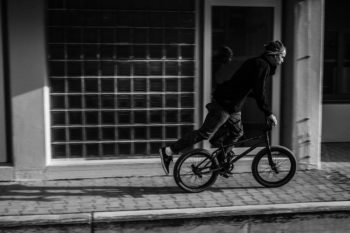 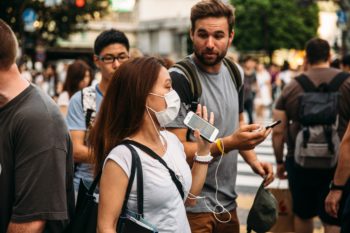