When it was first mentioned to me by their TM Jay Roe that the Kink crew wanted me to join them on their next trip to Kansas City, I was flattered for sure... but my bad nerves never seem to let me down. I have known and shared too many drinks with Jay and filmer Darryl (Tocco) numerous times over the years and Nathan Willaims I already knew well, but the rest of the crew was all new to me. Might it be possible that they may be too mellow to handle my sarcasm, outspokenness and occasional 'loud-mouth ways'?

As Nathan and I drove too fast from SD TO LAX (still in a clouded state of mind from the night before), laughing the entire time at how much of a mess we where both currently in, it struck me that I had no reason to be nervous; this is BMX and I’ve done this countless times before in countless places.

When we finally made it to LAX and met up with Travis Hughes, I instantly new he was one of the good people. He has such a mellow, sarcastic humor about him and an ability to seemingly do everything on his own terms; including his riding of course.  At this point my nerves were finally calm and after a quick TSA search (they never find anything), followed by the obligatory glasses of wine and flight gummies, Travis, Nathan and I were off to middle America - the land where the hope for making America great again still seems to exist.

Nathan's 'warm-ups' and 'delete that clip' tricks are always worth shooting. Feeble to hard to start the day.

"Nathan's 'warm-ups' and 'delete that clip' tricks are always worth shooting."

Upon landing we got the text from Jay, to grab an Uber to the hotel which he described as “not anything special, but it is in a great part of downtown". Now I have been in Jay’s shoe TM before and I know the words “it isn’t anything special” when associated with a hotel room it typically means mentally prepare yourself because this place is likely to be nothing short of a proper shithole.

Upon arriving and finding Darryl beer in hand, all smiles, laughing and stating “I guess the best thing about this hotel is that we literally can do whatever we want”. I certainly would say that was the case although I wasn’t able to steal anything since even the coffee pot was screwed down! As we all lay there that night literally on top of whatever we could find that was clean (for me that was my bike bag on top the floor - this place was no joke). I think it was Nathan that finally broke down and brought up just how filthy the place was. Luckily Jay is no dummy and was already lying there wide awake booking us a proper hotel for the rest of the trip. Sometimes being in the middle of the city just isn’t worth it and luckily the next place was your 'proper hotel' with a pool and balcony.

Travis Hughes going to battle with the incoming storm.

"Like the true beast he is, Travis was not leaving the trip without getting what he wanted."

Now that we were all settled in and relaxed in the clean, sleepable rooms, it was time to get started on building some bikes and see just what Kansas City has to offer. For me, I was excited as it had been a minute since I got to shoot in an older city with all the rough corners non corrected to the gentrified levels that California seems to adhere to (take note Cali, those rough edges are called personality).  Luckily both Darryl and Dan had been through Kansas countless times and with added help from DIG's Andrew White, finding spots was no issue at all. In fact we even seemed to stumble upon numerous gems just by accident whilst driving between spots.

After the jam and spending more time around the crew I knew this was going to be two things; a hot sweaty trip, and a shitload of laughs. Travis’s non stop dialog of slapping fucking and chuckling, along with Dan’s eating habits and entertainingly 'nice guy' ways, kept the hours spent in the van going by fast.

As we drove I started to pick Jay’s mind over just what this trip was all about and if there was to be a trip edit or anything.  To my surprise Jay gave one of the best answers anyone on a trip has here. It was something along the lines of “no trip edit, just a jam getting some of the crew together and hopefully each dude gets a couple clips they are hyped about saving for the future”.  Now I don’t know what the future means, but I do know those words both add stress and relieve it.

For riders like Nathan, Dan and Travis, I am sure that it was a huge relief. Trip edits are fun but they aren’t easy!  Your favorite rider never wants to just get clips to get clips and at the same time they also don’t want to try or do something that’s a DVD level trick (in their minds) for a web video that’s something that is always saved and battled just for the right thing.  This left the crew in a good mindset, instead of just riding and gathering some fun clips. It was time to get to the spots they really wanted to ride and get more significant tricks on.

"Your favorite rider never wants to just get clips, just to get clips, and at the same time they also don’t want to try or do something that’s a DVD level trick (in their minds) for a web video..."

That set the tone for the remainder of the trip as we cruised to all the spots that the riders truly wanted to possibly get down on. For Dan that meant battling out a long yellow kinked rail he had been wanting to get a clip on now for some time. Sweating through all those kinks for what was probably the better part of a hour while Nathan built a log cabin out of sticks (he must have missed Jameson). Like any other good battle for a clip, the joy of watching as they pull it never gets old. It’s a feeling no one can explain unless they have truly been there.

After Dan finally got a piece of what he wanted from Kansas it was onto Travis. We had passed by this kinked rail that had an almost seemingly perfect gap to rail the night before. Travis never really called anything out just in his style the calm “yeah, I’d like to go try and ride that”. As we pulled up to the rail, like any photographer, I smiled!  The spot was wild so nothing mellow was going to be filmed on it, but at the same time the clouds just kept rolling in faster. After trying what he wanted for a little while, the skies slowly opened up just enough to not be able to ride. Like the true beast he is Travis was not leaving the trip without what he wanted so we went back the next day and watched Travis got the trick after just a short bit way to easily.  Once he chucked the trick it was smooth sailing and game over. I guess that’s what Travis meant the day before when he said the rail “Slaps”.

As for old Willy, well Nathan had rolled his ankle fairly bad the previous day trying something on the infamous Andrew White (yes you’re favorite Midwest photographer slid that thing years back) kinker the day before. In true Nathan fashion, he was not going to let that ankle keep him off his bike, so we headed back and that dam rail must hate all of us because this time, I it got the best of all three of the crew.  This left everyone with at least a hair of heart break.  If you don’t leave a piece of your heart on the road then your not really living up to your full potential are you?

Nathan properly one-upping his previous clips on this set up.

" If you don’t leave a piece of your heart on the road then your not really living up to your full potential are you?"

With a bunch of amazing stories and laughs while in the van, alot of them based around Travis chucking away on his 'jewl' (you know those vape things all the kids love), my lack for being able to roll a cigarette, and Dan’s knack for always taking pictures of his food when it’s just lettuce or berries. The trip really had no pressure or stress it seemed for anyone.  Jay had full faith in the crew to get a few clips each they where stoked on, and the crew were all well aware of what spots, and tricks they want to get at.  Really, the only stress or downsides were that first rough night of the hotel, that Midwest humidity, and the occasional summer shower. Overall, if that is the worst of a five day street trip then I reckon we've got it made. I have to thank Jay for his nonchalant, relaxed nature and his faith in the crew’s attitude. That along with the great laughs really made this one of the more enjoyable trips I have been on in a while. - KC

Take note - this is proper team management. If the pole is bent in the wrong direction, then just run it over. 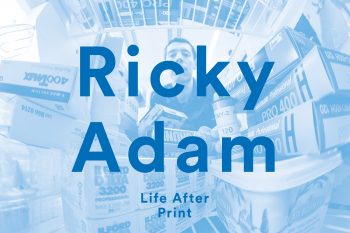 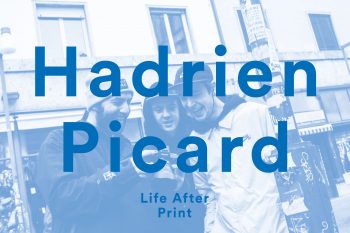