Story by Andy Coombes - Photos via the DIG Archives

Lord started back in 1994. I was broke with just £8 in my pocket. There was a denim place in Liverpool run by a lady called Juicy Lucy. Everyone went there for jeans and they cost £8. I got a pair added some labels and I had friends running the Fleapit skateshop and they sold them for me. They also screen printed shirts so after I sold a few pair of jeans I ripped off the old Blockhead Skates ‘Nothing is Cool’ shirt, got them to print it and sold them in the Fleapit. My brother said I should do a shirt that just said ‘tiny penis’ on the front. I thought that was one of the stupidest ideas ever but while talking to Stu Dawkins at Backyard he said he’d buy 10 and that pretty much made it happen.

That shirt got a lot of press in various magazines and that started things rolling…….

Yeah, they were amazing times. It was very exciting to be involved at the start of DIG too, watching it evolve, selling adverts, meeting sooooo many riders and getting to see so many comps. I hope it’s not too cheesy to say a favourite memory has to be that it was making friends and just having fun. So perhaps, the best way I could sum up that whole era could be done in one word – Backyard. The Backyard Jam really was all about fun, friends and bikes. Every year it got bigger, brighter and crazier. You could not come away from any Backyard Jam without a lasting epic memory. At that period of time, I’d say that the Backyard Jam was BMX.

I ran Lord for about 10 years and was pretty lucky to be able to support a rad team of BMXers and skaters and some how managed to get Lord around the world. I sold Lord in 2004 because of that thing called “life”. I bought it back this year for pretty much, for the same reason. There was a chance the new owner was going to sell it on and it was destined to go into one of the big name High Street stores, but I just didn’t like the idea of that happening. Ian Morris and 4Down Distribution offered to help, so I bought it back.

It was all happening back in '94. 'The' OG Lord rider Ian Morris and that infamous Backyard Jam Chasm in Hastings. Photo by Percy Dean.

"At that period of time, I’d say that the Backyard Jam was BMX. "

So much has changed. Gearing, no brakes, frames etc etc have all developed and are stronger and lighter than ever but I think aside from all that, the big change is our access to BMX in reality and virtual reality.

Technology has allowed us more access to BMX. Back when I sold Lord, the internet was only just about happening. Digital photography didn’t exist and not too many people had mobile phones and even if you did, at that time it was just a phone and there was nothing smart about it. Social Media didn’t exist. Can you actually imagine that??

I think BMX has progressed because of the way tech allows us access to ideas, visuals and information. You have a lot more access to skateparks and that in turn pushes everything to be bigger, faster and higher. BMX now is instant and accessible, back then you had to wait a month to get a magazine to see what was going on. Now we have access to so many daily feeds you can see what’s going on by the hour.

I can think back to a time when we heard a rumour that there was a kid in North Wales doing handrails on a BMX. No one had even thought of such a thing, we couldn’t even imagine it, so we chased out to North Wales to find him. Sure enough, there’s Ian Morris sliding a kinked handrail off a launch ramp. We only got to see this we actually went to physically see it. Fast forward to now and I see Callan Stibbards doing a 70 stair handrail on instragram, Facebook and Youtube as it’s happening and the full background story. That’s it now, as soon as it happens it’s online, or streamed live with various angles and in high definition, background story videos etc etc.

A heavy Lord line up on one of the earliest BMX trips to Barcelona back in 2003. Left to right: Mike Tag (R.I.P.), Bob Scerbo, Ryan Corrigan (hidden), Ryan Worcester and Bas Keep. Photo by Foxy

"as far as I’m concerned, once on the team, you’re always on the team"

We’ve been in touch with a few of the guys we used to sponsor and as far as I’m concerned, once on the team, you’re always on the team but new riders will always be welcome. I’m looking forward to receiving some ‘sponsor me’ vhs tapes in the post.

The clothing is going to be distributed by 4Down, who do a great job with United, S&M and all their other brands and we have one of those website things on the 'tinternet www.lordclothing.com and instagram @lordclothingdotcom

I’m stoked to have had so many messages from all around the world and that, for me, has to be the best bit of being back. It’s so good to see that there are still so many guys out there still wearing sweatshirts, jackets and backpacks from back then.

The reaction overall has been positive, which is pretty overwhelming and pretty rad. - Andy Coombes

If it’s sold out on our site please message to either pre-order, send you to our distributor or double check stock levels. Thanks for the support 👊 Yes. That is a signed Duane Peters board!! 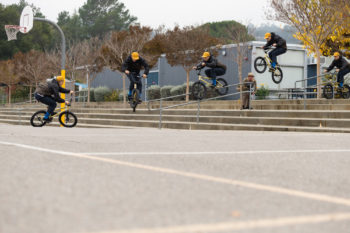 Nathan Williams & Christian Rigal - The Story Behind 'Why Not?'

Ending a part is never easy... 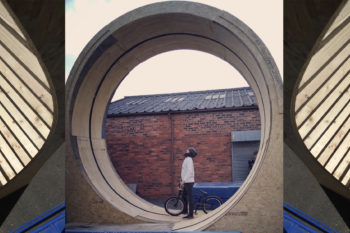