When it comes to picking a location for a riding trip it’s easy to overlook some of the less established BMX cities. It’s often said, ‘The world is a small place’ and that sentiment is true to a certain extent, but the world is also constantly evolving so you never know where the next hubba may be hiding. This time we needed somewhere in Europe but after throwing around the usual names we knew it had to be somewhere a little different. The capital city of Lisbon has been pretty heavily worked by various visitors, especially of late, so the second largest city, Porto seemed interesting. After some googling and texting it seemed that few had been there, but after some conversation with locals it seemed riddled with stuff to ride.

Jiri can do pretty much anything when it comes to barspins and hardways. He didn't even make this look that difficult...

Fast forward a couple of weeks and we’re rattling our way down an increasingly steep and narrow road, aboard a taxi commanded by Portugal’s worst taxi driver with no idea where he was going. After some failed attempts from said driver, we jumped ship and found the apartment by foot. An open plan, newly renovated pad perched on the side of a hill overlooking the river running through the city. A prime spot for a bunch of ratty BMXers.

Porto is full of stuff like this. Pristine hanger via Fernando Laczko.

When Jordan isn't filming a clip you can usually find him doing a manual or noz across half the city. BMX must look pretty odd to most people...

The crew was together and it was a Top Trumps contender. First up from the valleys of Wales was hardway practitioner Jordan Godwin, along with his Monster Energy bud from Spain, via Germany, or something like that - ciggie pounding naughty man Fernando Laczko. And then hot off the plane from Czech we had Jiri ‘Double The Spin, Double The Cash’ Blabol and TBB-Bike teammate / silent destroyer Jakub Juza, quickly followed by camera wielding Tomas Carda – one of the most chilled yet productive guys out there.

Most of the time you won't even know Jakub is about to do anything. His silent approach is refreshing but quit paying attention and you can miss things easily. There was no missing this one though! Jakub handled this like a champ.

Nando tooths down the most fragile ledge in Portugal while a variety of cheesy bread was consumed by the crew.

Fernando was on some sort of hanger mission in Porto, however this one was definitely the most stressful. Various heads kept popping out of windows with threats, an angry old man said he'd be back in 5 with Police, so the pressure was on. Thankfully with the local knowledge of a chirpy cafe owner beside the spot, everything that was on the cards got handled.

The first day is always hit or miss. This time around it seemed like we were finding good spots, weather was tip top, the vibe was solid and clips were already in the bag. Up comes this cheeky out ledge setup, glistening in the eye of Magpie Codwin. We knew what was coming. After a silky smith hard 180, the feeble 540 was there for the taking. Jordan strapped up and spun like he was on ice, landing near perfect – however not accounting for the slope he was landing in got sucked towards a stair set on the nearside and ended up landing halfway down the set, legs akimbo, ankle rolled like sushi. Thank fuck for Uber man… being able to get a ride for your broken bud without any knowledge of the language spoken. Our man in shining armour... I mean Skoda, Santiago didn’t seem flustered about transporting a weird bike and an understandably pissed off Welshman. Five stars for that man.

Pre-fat ankle. Jordan warmed up the out ledge with this silky smith hard 180 but unfortunately the switch feeble 540 didn't go to plan...

Wheel destroyer extraordinaire Jakub Juza knows how to take a harsh landing. Not all rims do.

The days were long and boring for stranded Jordan as we hit what seemed like every damn hill in the whole of Porto. The sun was baking and my British skin couldn’t take it, but pink neck and farmers tan out ever day turned into one better than before. I would get back to the apartment to find Jordan nearly stir-loopy and all I could offer was the odd run to Spar for Milka bars and bottles of Coke. I can only imagine how many ciggies were rolled over those lonesome days for old Codders.

This spot actually couldn't have been more hectic. Located on one of the busiest tourist strips in town and a perfect seating spot for weary trinket hunters, the game was put on hold many times. Jordan pushed though and laced this juicy lil piece.

Jakub - Short and steep hanger to a switch hanger deep in residential Porto.

Miraculously though, and despite definitely not being medically sound to walk, let alone ride a bike, the injured man had enough and demanded that we let him join the crew for the last few days. I don’t even know how he slipped his foot into his shoe as this Cinderella’s ankle was the size of a watermelon. How he managed to film a couple clips those days I don’t know, but double horns up to him for being a champ.

Fernando put on a little show for the locals with this wedge to wedge tuck. This has probably been posted to Facebook in multiple people's holiday albums.

The locals we encountered in Porto couldn’t have been kinder and more hospitable and some of the spots we got the grand tour to were straight out of Tony Hawks Pro Skater. The city has a laidback attitude that takes you under its wing and slows you down even if you didn’t think about it. The kinda place you could grow old and not give a fuck about much. However, we picked the wrong week to chill – halfway through a festival kicked off, and when I say kicked off I mean fireworks constantly, car horns blarring on every street, cars doing burnouts, toddlers hanging out of sunroofs, and the closest I’ve been to experiencing a riot, minus the anger. It was sick, until you had to sleep.

The man with the bars is unstoppable. Bar pegs hard 180 bar with way too few attempts.

Line ending ice from Fernando while a local resident made a phone call from the bushes behind. As you do...

As for the actual riding, I’ll let Tomas and the moving image do the talking. These guys killed it. Until the next time we’re Lost In a city somewhere, ciao.

Jakub is beyond dialled in with his whips. First day, no problem.

Post-hanger Fernando with his local buds. Porto's people are beyond friendly. 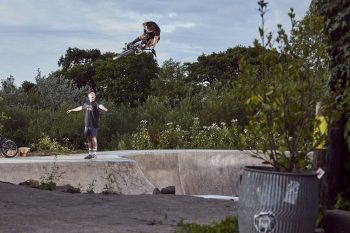 The Ultimate Backyard Build - 4Down At The Farm Bowl

On the road to some concrete Heaven In Devon 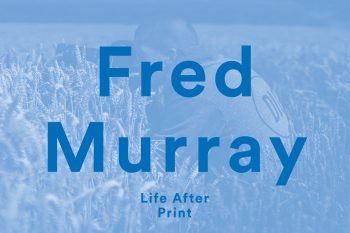