You've probably seen the video via our man on the ground Peter Adam, well now you can get your eyes round a series of photos via the camera of Fooman, and the slightly older film camera of Jack Clarke. This year's Boyley Jam also coincided with the fourth stop on our DIG X FBM DIY World Championships and it went off big time. No frills, spills, broken pallets, sketchy quarters and a whole lot of fun in the name of Richard Ball. Thanks as ever to 4Down, Source BMX, Seventies, the Hastings locals and everyone else who showed up to ride and support. See you next year! 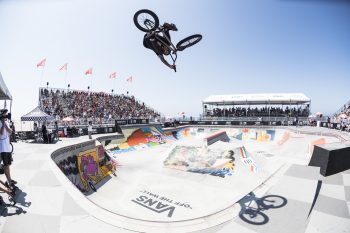 Where the rubber meets the sand...

A concrete park that's not to be taken lightly...