"A thug grandma took my strobes"

Fabien Lefevre represents a rare breed of modern day BMX photographer as someone who shoots almost entirely on film, resisting the instant gratification of the digital norm. Here's a selection of his excellent work and an insight into the often panoramic world of this talented 29 year old dock worker from Le Havre in France.

What drew you to BMX?

As long as I can remember I've always been on a bike, and one day a friend of mine came to my house with a yellow flatland bike. The bike was kind of shitty but we learnt to bunny-hop and do all kinds of stuff with it. A month later I bought an old Dyno at a garage sale. It was a race frame and I fucked up the wheels and dropouts in one month doing 180s and feebles, but I was stoked!

Who and what inspires your photography?

When I don't work (yes it sucks but we all have to, right?) I spend nearly all my free time with my friends from the Norman Hole Series and from the Vin Rouge Crew and those guys are my inspiration. We spend hours and hours just cruising down streets looking for spots. And even if I don't ride the spot I'm fucking excited to see what they are going to do on it! The streets are definitely where I belong. I do all kinds of photography but if I had to choose just one, you would definitely find me lying down in some sketchy place waiting for one of my friends to go down a rail or something! I've also always been amazed by the work of Vince P, Jeff Z, Dolecki and Joe Rich to name a few. I own an Xpan and a medium format camera because of those guys.

What got you into taking photos?

I can't thank my father enough for everything he gave me. He is the man that put me on two wheels at two and a half years old and who give me my first camera at maybe 10 years old. On the BMX side, I first started shooting when I met Clem Carpentier and Fabien Dulong maybe seven or eight years ago. At that time they had just been sponsored and we had to produce some photos for the shop they were riding for. I would say that was the evolution of my passion for BMX and photography.

What type of camera equipment do you use?

I have a Canon 5D MKIII with several different lenses, but to be honest it stays at home most of the time because I much prefer my two Swedish beasts, a Hasselblad Xpan and a Hasselblad 503CX. I also have some Einstein and Canon strobes.

Why do you mostly shoot film? It's an expensive process compared to other options.

As you can see from the shots here, I shoot film most of the time. I really dig the process and I love the fact that it lets you live the moment. I remember that when I shot with a digital camera, the first thing I did after firing the shutter was look at the LCD screen to see if the shot was good. It sucks man. Now I can ask my friend if they are ok after a big slam or just show them I'm stoked, even if I don't know if the shot will be good or not! I don't even care during that moment, I know that I will have to wait a week to get the results anyway. It's the magic of film that I love. Even if it's more expensive (and is it really?), looking at a well balanced 6x6 frame will make you forget your Canon D7 MKX.

Does shooting BMX interest you as much as non riding stuff?

I really love shooting BMX, it's definitely my favourite thing to shoot. But I also love to bring back memories from my trips. I just spent three months travelling around the world and I shot more than 70 films of landscapes and portraits with the Xpan and all the shots are fucking amazing. But BMX is never far from my thoughts. I was on the second month of my trip when I landed in Sydney and one of the first things I did was send a text to Benn Pigot to ask if he was down to shoot with me. We met a week later at the Five Docks skatepark with his friend Trent and I spent one of the best afternoons of my trip just chilling, drinking beer and shooting with those guys. And you know what, they are fucking great! On and off the bike! That was the first time I'd met them but I already know that I will see them soon on my side of the world and I can't wait. That's what BMX is all about!

Tell us more about those BMX photographers out there who have inspired you.

Jeff Z, Vince Perraud (even if he doesn't really shoot as much BMX anymore) and Dolecki are for me the Holy Trinity! I also really enjoy the work of Spenser 'Loofa' Lee who I met during a crazy night in Brussels some years ago thanks to my boy Ditchmatt. I'm also really excited when I see work from Joe Rich with his Xpan or from the French legend Gervais Rousseau with his Hasselblad. And in the past Manu Sanz was THE man to look out for. I've so many names coming into my head now, like Fooman, Esia Bakos, Remi Trouillet, Chris Marshall… the list goes on and on.

What do you think about the future for BMX photography with the demise of print?

The future is not bright, man... the demise of print is a really big problem, for me anyway. It's cool to see your work online on some big website but man, when you have your shots on paper it's forever. That feeling will never get old. And I can't help to think about all the young guns who may never have the chance to see their work published on paper and that sucks. The other big problem is that a big name like Vince Perraud just stopped taking BMX photos (regularly) because he couldn't make a living of it anymore. And man, we are talking about one of the best to ever do it. That's a shame. That guy deserves to have his rent paid for a lifetime so he can go on every trip he wants. He now works with cars and girls and I can't blame him for that. Also I'm secretly dreaming about a DIG comeback. (Editors note; watch this space) 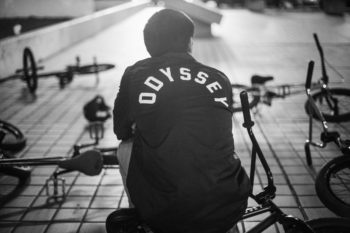 Odyssey vs. Miami: Best of the Rest

Good Attitudes get you far 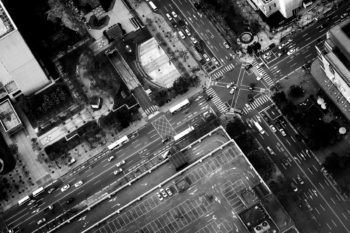