"You talk smack on Nyq, you’re a god damn fool."

So with things starting to ramp up with TMPRD, Jerry, Wilton and myself organised some time off of work to hit the road and ride bikes for a couple weeks. Rough plan, and I mean rough, was to drive to Sydney, swags in tow, to explore Australia’s most un-tapped city and then be in town for the Vans bowl jam. At the last minute, we decided the crew needed a ghetto rat type to diversify and keep us on our toes, so naturally, we got a hold of young Brisbane playa Dylan Steinhardt.

I don’t want to make this piece too ‘wordy’, because the photos should do the talking and let’s face it, BMXers are typically, I’ll say ‘less educated’. Anyway, a few moments that stand out to me, not covered by photos, include Ryan Nyquist, friendly hospitality and Dylan being ghetto. Let’s explore these a little more huh.

For me, this trip will always be associated with the confirmation that Ryan Nyquist is the greatest, THE greatest. I’ve looked up to Nyq for a long ass time, I remember racing BMX in New Zealand when I was 11 and having Nyq sign a poster for me – as an established professional, in 2001! Fast forward a brief 17 years and he is still a professional BMX rider and still rules. So after having to ride the regional component of the Vans bowl jam (WTF?) to qualify for the main event, and after some Instagram trolling, a bunch of us were able to convince ol’ Nyq to join us at the pub. The dude turned up, by himself, to meet up with a bunch of shitty Australian BMXers who he had never met before. Sitting at the pub right next to the entry window, seeing Nyq turn up was the greatest moment of the trip. You talk smack on Nyq, you’re a god damn fool.

Sleeping rough on a roadtrip is a given. So we were very thankful to have been allowed to stay at Trent Rowsell’s joint near Five Dock for the majority of the time we were in Sydney. Dude has a sweet setup, an early 20th century rendered brick ‘cottage’ with the most tranquil backyard in all of Five Dock. We set up swags in an ancient mechanics shed in the backyard, surrounded by vegetable gardens, BMX memorabilia and the greenest grass you ever saw. It was a treat to wake up most mornings and join a robed Trent for some healthy chit chat. Really appreciate the hospitality man! Also, shouts to Pigot for letting us crash at his joint for a few nights as well.

Now Dylan. Dylan is a young up and comer, a mover and shaker, a purveyor of vibes, a grind smith, a toey warrior. Aside from being the man, Dylan is shady, and I like that. I wish I had photos of all the moments I thought to myself, fuck Dylan is ghetto. Sleeping in a pile of trash, charging ciggies, getting kicked out of the pub for pouring his own beer and later on that night, losing his phone and almost getting bashed for wrongful accusations. His riding style suits his personality perfectly, think Jay Wilson, a skinny long haired dude riding what appears to be a 2000s era rig and only just holding on while it bucks around chinking and nose diving every which way – while being very much in control. While at a skatepark on the way to Sydney, a 10 year old heinous piece of work of a girl tried to start Dylan after he kindly asked her to move out of the way. The bowl mole lives!

Anyway, peep the shots below to see some of the other shit that happened on this trip. Thanks to Chris Harrison, Trent Rowsell, Benn Pigot and anyone else I missed for helping make this trip happen. 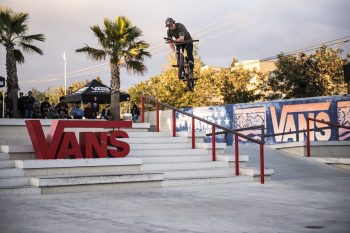 No sandals or beach sand for this street jam! 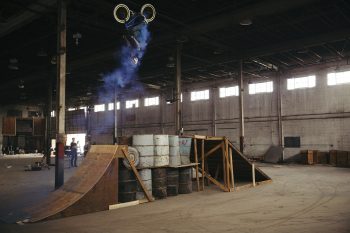 The Must Dust Photo Gallery