The Must Dust Photo Gallery

Words and photos by Chris Burden

Random phone calls from Corey Martinez are always welcome. It's usually him giving me a heads up that he's down in Atlanta for a bit, but this time it was an invite to come to Nashville to shoot some photos of this warehouse project he was working on. I finished my work day and quickly packed for a weekend of hanging and shooting. It was a late night getting into town and a very early call time to be at this warehouse as we were working with a larger production crew than most BMX’ers might be used to. As I arrived at the location on a very early rainy morning I couldd see that this project was much bigger than just some ramps in a warehouse. Somehow Corey and Joel Barnett were able to pull enough scrap would out of this place to build quite the setup. A box jump, vert quarter, wall-ride, another box jump size landing... I was blown away, and it was relatively solid for being what might appear to be something made from half-rotten wood. Here is a batch of my photos from that weekend to accompany the video that dropped a while back. Needless to say Corey killed it. -Chris Burden 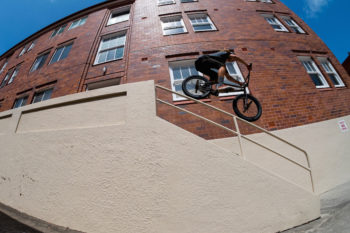 "You talk smack on Nyq, you’re a god damn fool." 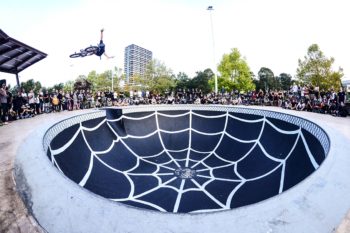 The wildest BMX weekend in Australia