Another video to celebrate Hoffman Bike's 25 year anniversary, this time with none other than X games gold medalist, dirt / freecoaster / "ride everything" crossover jedi, Bruce Crisman, taken from a european trip back in 2004.

"In 2000, Bruce Crisman exploded on to the BMX scene. From the years 2000 to 2002, Bruce dominated the contest scene with multiple 1st place wins in the Crazy Freakin’ Bikers (CFB) Series and earned a Gold medal at the X Games. Late 2002, Seth Kimbrough talked to Mat about adding Bruce to our team. In early 2003, Hoffman Bikes welcomed Bruce Crisman to the team. Bruce’s riding kept progressing and innovating. Bruce was one of the earliest adopters to the brakeless crew. He pushed the limits and never stopped progressing, becoming one of the great influences who shaped BMX Street and Park riding with his unique style." - Hoffman Bikes 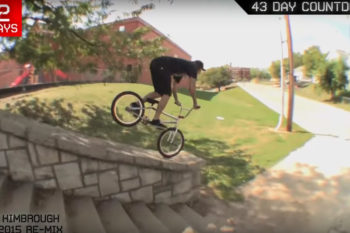 One of the best to ever do it 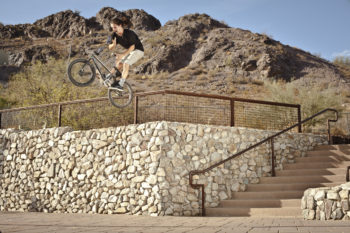 Here is just a taste of what the BLUNTED ATHLETICS DVD has to offer!