One of the best to ever do it

To celebrate the 25 year anniversary of Hoffman Bikes those guys have been running an amazing countdown with compilation videos from each of their riders. Here's Seth Kimbrough, from 1998 to 2015. Not many people can say they've got footage from that amount of time!

"August 1998, Seth and a group of friends piled in a car and made the trip to Oceanside, CA, for the BS (Bicycle Stunt) Contest. Little did Hoffman Bikes know that this young BMX rider from Hartselle, AL, would be one of Hoffman Bikes iconic riders. Less than one week after that contest, Mike “Big Island” Castillo got the thumbs up to call Seth to see if he would like to join the team. Needless to say, there was a package shipped that day. Since then, Seth continues to push himself and Hoffman Bikes to be the best. May it be riding, filming and designing products like the 2002 “Instrument” frame and the current “Bama” frame, fork and bars line.Seth is a one-of-a-kind rider. His ability to look at an obstacle, something simple like a curb, and turn it into a video part was unheard of. Here we are 17 years, 3 months and roughly 28 days later, Seth’s passion and his drive continues make him who he was, is and will be. What more can we say.. Truly Honored!" - Hoffman Bikes 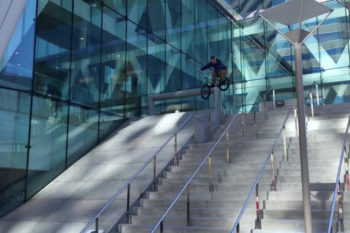 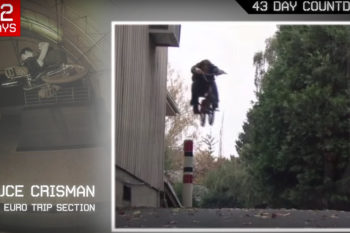