Filmed and edited by Mike King

Riding for the same company for an extended period is something to be pretty damn proud of, for both parties. Isaac Lesser and Mankind have been doing their thing together for ten years now and to celebrate Isaac and good friend Mike King decided to film this celebratory video around some of the finest concrete bowls in the UK. We've watched Isaac blast transition for the last decade - here's to another!

"It’s sometimes hard to think of a new idea for a video, but when it was coming up to ten years with Mankind I knew I wanted to film something special, especially as I don’t see too many riders staying with one company for ten years these days. I wanted to film something that reflects how my riding has changed which led me onto the idea of filming a video entirely on concrete bowls as over the past couple of years I’ve found a love for working out lines and linking it all together.

After running the idea past my good friend Mike King, who also happens to be an amazing filmer, we came up with a rough plan and set the wheels in motion.

I just want to say a massive thanks to Mankind for so much help over the past ten years and allowing me to live out many dreams as a sponsored rider. Here’s to ten more years." - Isaac Lesser

"Concrete is one of the toughest, most durable substances found in today’s world. It is strong, almost unbreakable and continues to stand the test of time - this made for a significant and symbolic foundation to film Isaac Lesser’s new video, as we travel the length of the country, on a mission for the UK’s most desirable concrete parks - all in celebration of a monumental checkpoint, riding for Mankind Bike Co for ten years." - Mike King 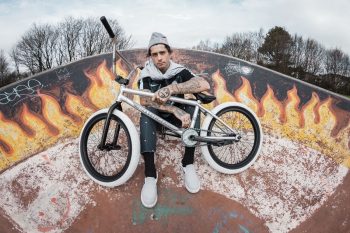 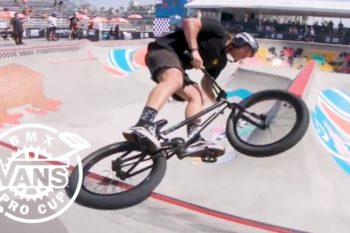 Kris Fox Takes You For A Spin