Yes it's still going, and yes Ride made a video of it

Yes it's still going, and yes Ride made a video of it and it's pretty sick lots of creative stuff people are doing. That subway one, subway shows up guy gets on train where the bike already is does a barspin then gets off the train as the doors close and take his bike away, wow. So many good ones in here.

True Story:
Soooo, I saw Eric Bahlman's #stilltrickchallenge video and thought it was dope so I reposted it on the Ride Instagram. Then I got an email from Russia with another one that was awesome. Then Larry Edgar texted me his. Then Brad Simms texted me his. And I was like, damn, this whole #stilltrickchallenge thing is really popular...maybe we should do a little compilation video of it? So I clicked through waaaaay too many videos, downloaded at least 50 of 'em, and then sent them to our new contributing editor Tom Perry and he whipped up this outright masterpiece for your viewing please.

Yup, that's how this exists. Sorry if I missed your video (or if you posted it recently...I went through the hashtag on Sunday).

And before anyone comments, I know Tate's was shot before the #stilltrickchallenge was a thing.
–Ryan RideBMX 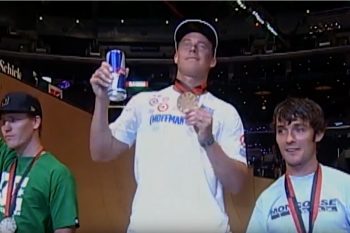 X-Games put together a great commemoration for K-Rob 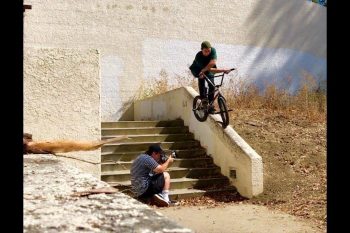 If David Grant And Butcher Had A Baby