Welcome to episode 2 of DIG Alumni ‘Inspired by BMX’. This series looks at four creatives whose lives were shaped by being involved at varying levels within the BMX community. BMX not only inspired them artistically, it provided them with a worldview that encouraged risk, made them open to opportunity, and gave them the tools to come up with creative solutions to the problems life threw at them. These episodes are proof that picking up that bike can not only change the direction of your life, but also have an impact well beyond the confines of the BMX world.

Sandy Carson was part of the original crew behind the early years of DIG and remained an integral part of the magazine for well over a decade. Back in the mid 90’s he also traded in the council estates of Scotland for the woods of Pennsylvania before departing for the sunnier climes of Austin, Texas. He shared his experiences as a rider (most notably for Standard, etnies, Federal, T1 and from the beginning of Road Fools) with the world through the lens of his trusty camera, successfully bridging the gap between ‘Pro BMXer with a camera’ to ‘professional photographer with a bike’, from street riding to street photography. His work now spans all aspects of photojournalism, from his book chronicling the aftermath of Hurricane Ike, ‘Paradise Has Relocated’, to his regular documentation of consumer excess with Picture Black Friday, to his latest book project ‘We Were There’, where he turns the focus of his concert photograph from the artists on stage to the fans in the front row.

"People that skate and ride bikes are the best people to do live shots when bands are playing, 'cos they know exactly when to catch what’s going on and this book is a really great example," - Tim Kerr, Artist / Musician, BIG BOYS

Learn more about the We Were There project and contribute to the campaign here: https://www.indiegogo.com/proj... 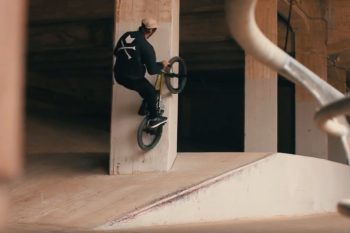 New hometown has got spots 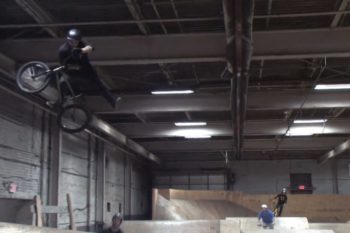 Mark Mulville At The Wheel Mill

Riding the new lines in Pittsburg