Bent axles. Remember those? I sure do and they sucked. But it was never just an axle problem. Between the weight of my own body, or the obstacle I was smashing into, bent axles and bent dropouts were just a part of riding circa the early ‘90s. And unless you started getting crafty with bigger washers from the hardware store, it was basically a grin and bear it situation.

I’m not doing my homework here and I apologize in advance, but the industry standard for axle diameter on BMX bikes at the time was 3/8” (10mm) front and rear. As soon as grinds gained in popularity, the immediate problem of bent axles/bent dropouts multiplied. And Mat Hoffman was really busy trying to learn new grinds.

At first, Hoffman Bikes addressed the issue by implementing peg bosses on their frames and forks so that the peg was anchored to the bike via replaceable bolt that didn’t affect the axle at all. This worked, for a time, but as a flatland nerd, I can also attest to the fact that it gave the bike different balance points both front and rear. It also added weight, which was not a huge problem as of yet. Ultimately though, peg bosses added to frame and fork production times (and costs) and felt more like a Band-Aid than a solution to a problem that was only going to get more common with time.

A California rider/engineer named Kris Gack changed all that. At a 1993 Thrasherland comp in Arizona, Kris approached Mat and presented his idea for the 14mm axle/sealed bearing hub. It was a project Gack had spearheaded on his own after throwing himself into the design/manufacturing arena. Ultimately, Gack moved to Oklahoma and was brought on to help run the machine shop, and Gack hubs were to become one of his projects.

In 1994, the first Gack hubs were released by Hoffman Bikes. The first batch wasn’t perfect, but it was the first step to solving the bent or broken axle problem, and before long, Gack’s hub design became commonplace on every pro’s bike at the time. There were many standards to negotiate with frame dropouts in the immediate years to follow, but by the late ‘90s, it’s safe to say that a new BMX standard had won riders over: the 14mm axle. Paired with a thicker dropout, this new innovation allowed for the progression of grinds, stalls and even terrain to ride. Scared that you might bend or break an axle on a rough brick ledge? Get a 14mm hub, problem solved.

Kris Gack moved back to California in the late ‘90s and started his own brand, Gack. Gack was original in that it offered bullet proof, 9 lb. American-made bikes that were virtually unbreakable. And I tried to reach out to him recently for a follow up but never heard back past our initial exchange. I really wanted to know why no one patented the 14mm axle but then I thought, maybe they wanted every brand to use their design. Maybe this was design altruism to progress BMX. And because I like the sound of that, I’m gonna go with it.

Check out the 30 year Anniversary line from Hoffman Bikes at hoffmanbikes.com and ask for Hoffman at our DIG PARTNER STORES worldwide. 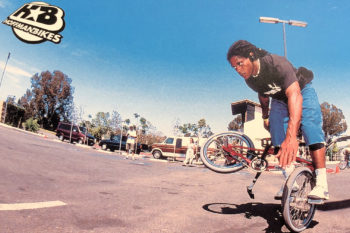 "By 1997, riders were asking for a smaller flatland bike with a shorter rear end." 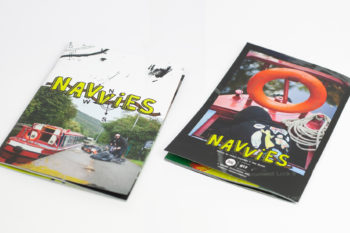 Available for FREE from select Bike Shops in the UK & Ireland