Ten Things FBM Brought To The BMX Party - A Tribute

An ode to an outlier of BMX culture...

Words by Rob Dolecki | Photos via the DIG Archives

In the wake of the sad news that FBM is permanently shutting down manufacturing operations, it only seems fitting to pay tribute to an entity that has contributed so much more than just making products- an entity that has helped mold what BMX culture is today.

From the DIY punk ethos since Day One, to farming some of the most influential riders who came to prominence during the turn of the century, to a new level of wildness and no-holds barred adventure showcased in videos, to oultandish road trips of all types, to epic jams spanning the early 00s to today, FBM has had such a significant impact on the BMX community for over two decades.

Here are 10 of the countless things that FBM has enriched BMX with over the past 25 years.

No other company has taken blowing stuff up, partying to the max, and even eating light bulbs to the extent that FBM has. In the late 90s, FBM really turned up what it meant to get wild with reckless abandon as a BMX'er, as displayed in their epic videos (more on that later). Anyone who’s thrown a paint can in a campfire, downed a bottle of Jack Daniels, or just had a laugh with friends after a day of riding can relate to what FBM presents. It was, and is about no rules, having fun, and maybe fucking some shit up, plain and simple. That renegade attitude continues to resonate with many riders today.

What's an FBM trip without camping and campfires? Road trippin' through the Southeast U.S. with quite the crew in 2006. Photo by Rob Dolecki.

I Love My Bicycle: The Story of FBM - Full Documentary

During the mid to late 90s, as U.S. production costs went up and Taiwan production costs went down, the vast majority of brands around the globe (especially in the U.S.) turned to the overseas route for frame manufacturing. In early 2001, FBM's Ithaca office burned down and had to relocate in the basement beneath East Coast Terminal in Binghamton, while the manufacturing shop who originally made their hard goods simultaneously closed. At that point FBM joined a handful of remaining U.S. companies like Standard and S&M that still manufactured domestically and decided to create their own machine shop. Far from the path of least resistance, but all that hard work in making an in-house manufacturing facility resulted in an increasingly rare "Made In The USA" stamp on all frames, a hands-on operation, hiring BMX'ers for all things possible, and a sense of pride only achieved by doing it DIY.

Inside the FBM Bike Company Warehouse

This is what kicked off everything back in '93. Only from the mind of Steve Crandall and only presented through FBM could you find a t-shirt featuring the one-armed drummer from Def Leopard, or a dog biting a dude’s dick. So, so many legendary designs that were straight-up outrageous, and really cemented FBM as an outlier in the BMX world. (Peep more about that HERE.)

Before the current age of 'Gram videos and Youtube promos for everything under the sun from grips to pocket lint, the only "promos" were trailers for full-length videos found in issues of Props. The "All Time Low" promo is arguably one of the best ever created, from the song choice, to stellar riding from many legends, to the fire, beer, and mayhem- it has it all, and a great representation of that time period from approx. '99-'01.

At the turn of the century when most dudes closing in at Level 3 were cast aside by companies to make way for the young bucks, FBM still kept on the team, and blessed the opener section of “All Time Low” with then 35 year-old Kelly Baker. He hit handrails, roasted his own trails at Baker’s Acres, and just displayed all-around bad-assery. That continued devotion to a lifelong local member of the FBM crew helped smash the conventional prevailing age range of when it was time to call it a day as a rider in the spotlight.

Level 4 never looked so sweet. Kelly Baker, transfer at the Nashville park in 2006.

Yeah, a loop literally made out of pallets. Where do you even begin to explain this thing? Ryan Corrigan thought it was possible, and FBM provided the platform to build it, plus the riders to shred it. This was also the climax of the final Ghetto Street Jam (more on that soon), and served as the inspiration for an evolved wider and taller replica at Swampfest 15 years later, also pieced together by Corrigan.

Jesse Bowers, AKA Fisher, sending it pre-comp for an FBM ad.

During the last decade, FBM really stepped up the amount of unique jams held, from Ghetto High Air comps, to Nacho jumps, to the DIY Worlds series. Crandall recently did a rough tally of how many jams FBM has been an integral part of creating in the last 20 years, and the total was around 100. That's roughly five per year over the span of two decades. Think about that for a minute. When it comes to building community and sticking to ideals over potential profits, that's as good of an example as you can get.

Here's to hoping Crandad keeps the flame burning with organizing more jams like these in the roaring '20s.

"Can anybody hear me? Please go fuck yourselves!" - More Info

By the late '90s, everyone already knew how much of a badass Mike Tagliavento was. And for a number of years following the ascension to being a legit frame manufacturer, FBM became the primary vehicle for Mike’s evolving architectural exploration and adventure via FBM trips across the country and beyond, as seen in videos like "Albert Street" and "All Time Low". FBM also blessed Tag with their first pro signature frame built in-house, dubbed the Night Train. The deep influence Tag had on street riding in particular has continued to live on long after he passed away on April 13th, 2012. With their crew as his partners in crime during that time period, FBM was a contributing factor by default in solidifying Mike Tag as a legitimate legend on multiple levels.

A touching retrospective for a BMX legend - More Info

Tag on an early FBM trip circa 2001. Photo by Rob Dolecki

From 2002 to 2004, FBM held three annual jams in a decrepit parking lot behind a run-down industrial building in Johnson City, New York that housed East Coast Terminal and in the basement below, FBM. Three jams that are essentially forever ingrained in the memories of any and everyone who was fortunate enough to attend. From possibly the sketchiest course ever, which was made out of garbage pallets and scrap wood featuring loads of nails and splinters on a shitty riding surface riddled with potholes where the challenge was more getting to an object than the object itself, to the most loose and rule-free format possible, to the debauchery that happened before, during and after, there were countless reasons why they were unforgettable. Not to mention the Penske rail challenge (which was a gap to rail off the roof of a Penske moving truck), and of course, the pallet loop (see #5).

Many people say it was the best time they ever had at a contest. It’s tough to put the entire thing into words; it was a carnival that needed to be experienced firsthand to truly grasp one of the greatest BMX shows on earth. These three jams served as inspiration and sparked many other jams following a similar premise over the next two decades, most notably Swampfest, which is essentially the 2010/2020s Florida version of the legendary Ghetto Street Comps.

The birth of the pallet loop... - More Info

When a video that was released two decades ago is still talked about today, you know you've achieved something extraordinary. From “Albert Street”, to “Ring Of Fire”, to “All Time Low” and beyond, FBM always has a knack for capturing what is great about BMX, and getting people hyped to ride. On top of that, FBM was also ahead of the curve by being the first frame sponsor of dozens of incredible riders like Vic Ayala, Bob Scerbo, George Dossantos, Nate Wessel, Derrick Girard, Aaron Ross, Cameron Wood, Tony Hamlin, the Halahan brothers, and Cody Diggs, to name a few, and featuring them in their videos.

Then there's all the antics displayed. As pointed out in Number 10, FBM took cars being blown up, heads being lit on fire, blatant nudity, flying down a hill on a shopping cart, and eating light bulbs to new a level. FBM videos get people who don’t even ride excited to watch them, and that’s not a common occurrence for most videos, then and now. The celebration of life and BMX comes across loud and clear in their videos, and the riding community cannot thank FBM enough for these contributions.

A staple in FBM videos in the lated 90s/ early 2000s, Bob Scerbo is one of the multiple hugely influential riders to rep the crew during that time period. Fence-hoppin' Bob in Iselin, NJ, 2000-ish. Photo by Rob Dolecki

Classic on many levels... - More Info 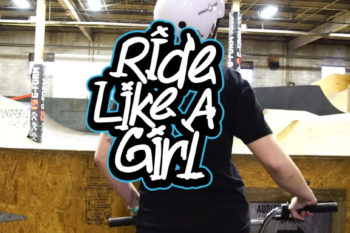 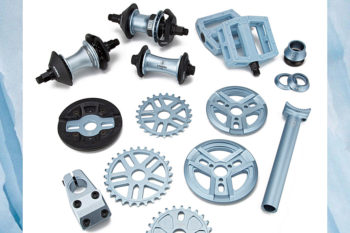 Freshen Up the Ride with Cinema's Latest Colorway