What is Above Below? That's the question that we've been asked since the #abovebelow hashtag started to appear online earlier this year in and around coverage of the 2014 Street Series. So here's what you need to know. Above Below will be a two-part BMX film directed by Rich Forne, produced by Monster Energy, in conjuction with DIG. The two parts looks like this...

Above is all about the riding. Ourselves, Rich Forne and Monster Energy have been working away on this one for the past 10 months, travelling to various parts of the globe every few weeks with Nathan Williams, Dan Lacey, Dakota Roche, Ben Lewis, Ed Zunda and Fernando Laczko as our protagonists. Above is 'what you see' - the end result of 10 months of filming the best riding with those guys. Some would describe it as a traditional riding video layout with individual rider sections, although with Rich Forne in charge of how things look, you know this is going to be anything but standard.

Below is all about what it takes to get there. The ups and downs of everything that comes with riding and progression; security, stress, injuries, frustration - these have all been documented during the course of filming for this full-length video. We've all been there… lying there palms bleeding, chest empty on some suddenly much colder concrete. Why do I put myself through this? Is it worth it? Below aims to answer those questions that we're sure have plagued many minds while in their state of madness, or for some, clarity. Whether it's being sedated in a South African emergency room or running from cops through back-alleys in downtown Tokyo, BMX can leave you in some interesting situations to say the least. This is the side that you don't always see…

We'll have lot's more exclusive coverage for you over the coming weeks with more of the (almost 15,000) photos shot on the project this year but meantime here's a closer look at the stories behind the photos used in the first series of adverts .

Above Below will be released via iTunes on December 14th 2014. 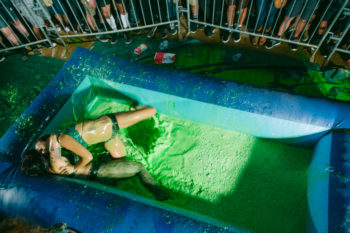 A final slice of slime on toast in Texas 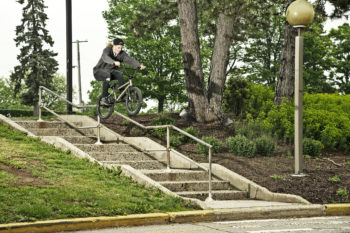 "You see, I have a personal distaste for web videos..."