Mr Hawk spreading his wings further into the contest realm...

Chase Hawk is putting together a sweet comp at the Rockstar Energy Bike Park in Houston, Texas on Saturday, October 23rd. Pro and Ams alike ages 16 and up are encouraged to register today:

We're looking forward to this so we caught up with Chase to find out more...

How did the jam come about?

Probably less than 8 weeks ago, at a Rockstar event in Waco, I was given the opportunity to do an event. I had been asking to do a Born & Raised event at the Rockstar Park in Houston, but they wanted to take it to a little bit higher level, and make sure we got a good a handful of the best amateur bowl riders out right now. We’ve been working on it the past month.

You’ve organized other jams like Born & Raised; how was it organizing this?

This one turned more into an invite event. I came up with a list of dudes in bowl riding. We’ve gotten confirmation from almost all of them. After that, I realized there are going to be people I leave off, so we’re going to leave registration open for a small amount of people; we’re going to cap off entries. The structure of this will be a little different. We’re going to run a qualifying with all the Ams that are there to participate; from qualifying we’ll take 10 to semi-finals with 6 pre-qualified pros, and then a 7-man final. I wanted to create an event that will have some surprises in the outcome, I guess. I think we’re going to see that.

Equal prize purses for both classes. Obviously this is the first event that we’re doing, but our plan is to grow this bigger, and do more and more; making it a men's and women’s event from the get-go is what we wanted to do. We’re stoked to see everyone coming out.

I’ve gotten confirmation from Nina and Macarena Perez Grasset on the women’s side so far. On the men’s side, some names you might recognize are Alex Leibrock, Brad Maple, Chase Pauza, Jay Dalton, Jayden Mucha, Preston Okert, Parker Heath, Steve Woodward, Kole Voelker, Tony Cardona, Eli Kravetz, some really good Houston locals- a really cool mix of all styles. A lot of the kids could come in an upset all of the pros.

We have all Rockstar judges- Nick Bruce, Sean Ricany, and Tom Dugan. It’s three really diverse riders. I try to keep it really legit on that front. I think it’s important to have high-caliber riders judging other high caliber riders. Darryl Nau will be on the mic. I’m trying to create a vibe that you would see at any other major event throughout the year.

What do you want to see go down?

Going with the theme of the event, I would personally want to see a rider that is in the event that might not have ever competed before, could show up and push through all the gnarly things that a contest can throw at you, persevere at the end of the day and do well. They could leave with a lot more than they think. Make there be some upsets (Laughter). 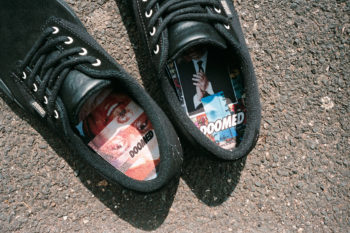 What does it take to create a line of products with an iconic BMX footwear brand? 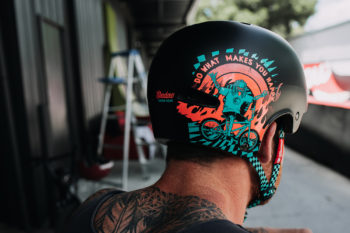