Ever since the glory days of BMX video games back in the early 2000s, when our rainy days were taken up with the likes of Mat Hoffman's Pro BMX and Dave Mirra Freestyle BMX, button bashing riders have been crying out for more, especially something they could play on the go. Their wish was granted over a decade later in 2012 with the release of Pumped BMX, a game tirelessly created by rider, and self-confessed geek, Adam Hunt during his evenings and weekends, even reaching 27th in the UK iOS charts. After four updates and improvements, Pumped BMX was already a classic in the BMX world, with idle hands taken up every minute they weren't wrapped around grips. Fast-forward to the current day and we have just seen the release of Adam's highly anticipated new game - Trail Boss BMX for iOS and Android. We knew we had to find out more...

Straight from the get go when playing Trail Boss, or your previous title Pumped BMX, you can tell that it was created with core BMX in mind. Was it always important to keep the games close as possible to a realistic vision of today's BMX?
Yeah I guess so? I think makes it sound a lot grander then it really is though! The first Pumped game was basically me learning to program and really wanting to be able to pump through digital sets of trails. There was basically no consideration for what would work commercially or anything like that, it was just a side project that blew up! After that one the tone was set a little bit so I didn’t really have a choice, haha. At that point I knew that actually making niche / core BMX games could make enough money to be sustainable, at least in the medium term, so there wasn’t a huge amount of motivation to change the target audience. That being said I’ve always hoped these games might get a few people into riding, so I’m definitely not turning my nose up at being mainstream. With Trail Boss in particular I’ve tried really hard to make it easy to learn, so hopefully it’ll appeal to a wider audience.

I’m definitely not the best person to talk to about ‘today’s BMX’. I’ve been riding for 20 years now, but I actually get out on my bike pretty infrequently. The last time I was down the skatepark I was pushing my son around the bowl on his balance bike, haha. I think trails is pretty timeless though.

Upon loading up your new game, Trail Boss, the first obvious change is the new rear / 3D view. What was the reason for the switch up?
Nothing complicated really, I wanted to add berms and hips and they don’t really make sense when you’re looking at the player side on. Having the camera behind the player means you can turn, you can skid, you can transfer - it feels totally different from Pumped, it’s a totally different game.

Can you explain the process of building Trail Boss from scratch, to finally being available for download? How long did it take from start to finish?
Sure. I think I started playing around with the idea very soon after I finished with Pumped BMX 3. I knew I was sick of making Pumped levels, but I knew I definitely wanted to make another BMX game. The idea of being able to ride through full sets of trails, carving berms between sets, all that stuff, seemed a bit like the holy grail to me, so I thought fuck it, I’ll give it a go!

In retrospect it was a pretty bold decision, haha. I’m still relatively new to this programming thing, and any time I try and do anything new I’m learning it all from scratch. So suddenly I had to deal with this whole new 3rd dimension and I didn’t have a clue what I was doing.

So the first year or so I was just trying to figure out the best way of doing the physics. There’s this one thing in particular I had to deal with that kind of hurts my head to describe, but I’ll give it a go. Basically if you take off a lip straight on, the actual curve your bike rolls on is just a straight cross section through the lip. If you carve off the lip, it’s more like a diagonal cross section through the lip, and the shape of that cross section is different. So the speed / height you get off a lip changes depending on how much you’re carving it, right? Doing transfers / carving off lips is a big part of Trail Boss, but the player always needs to make the landing no matter how much/little they are carving. One of the first big problems I had to solve was how to use as much real physics as possible to keep the game feeling natural, while also making sure the player can do these physically impossible transfers! So that was fun, haha.

Anyway. So yeah the first year was a lot of that kind of stuff, the second year was polishing the physics / controls and starting to build all the levels, and the third year was getting all of the art in, setting challenges, testing, all that kinda stuff. Which was a huge amount of work, the level designs take way longer than a Pumped level, and then each level has to be hand decorated with trees, rocks, all that kind of stuff. Even the ground has to be shaped to fit the jumps and then painted with mud / grass / rock! So it’s taken a while. I have also had another kid in that time so it’s not all been work work work, but yeah… three years!

What is your background? How did you begin building games?
I’m not a programmer by trade at all, but I have had a few random tech support type jobs over the years. I’ve always been a bit of geek - I was always the one filming and editing videos back in the day, making local scene websites… back in the early 2000s I think? Back when Pretty Shady was a thing. In Oxford we had OX BMX I think, then Satellite, Joe Alderson ran Pretty Shady. These were primarily trails blogs, and ‘blog’ is a very loose term for it. For a long time they were just raw HTML pages that we’d stick pictures and videos from that day's riding on, while all talking on MSN Messenger, haha. I think I even ran the Oxford website from my home computer for a while, so if I turned it off it was just gone.

Anyway, I never bothered learning to program although I was kind of interested in it, I was too busy riding and drinking to be honest. Then about 8 years ago I finally decided I wanted to learn, so I just started doing it in my evening and weekends. Did loads of tutorials online, got stuck, googled it, etc. I kept doing that and at the end of it Pumped BMX came out. I kept my real job for about a year after that, then quit in 2013 I think, about 6 months before Pumped 2 came out.

How long have you been riding? Are you a trails rider yourself?
So yeah I’ve been riding for 20 years, but I can probably count on two hands the number of times I’ve actually got out on my bike this year. Making games has slowly become a bit more serious and more like a real job, and having two young children doesn’t exactly help things. I’m hoping to get back on it proper next year. I rode mostly trails a long time ago, maybe the first 5 years of riding BMX? Kiddy trails in Oxford was my local, they’re long gone now. After that I got more into street as time went on. To be honest the size of trails these days scare the shit out of me, haha. Give me something to hop and a manual pad and I’m happy for hours.

Have you got any future plans for Trail Boss? Will it be available on any other platforms? Will we eventually see a street based game?
Honestly it all kind of hinges on how well it does on mobile, but yeah I’d like to get it on consoles. I’m tempted to do at least some of the console porting work myself, but I’ll have to see. All this stuff takes bloody ages, and if I’m (for example) working on a console port it means I’m not working on a sequel, or a street game, or whatever. There’s only so much time unfortunately! I’ve thought about hiring some people to help, but that would make me a boss and I’m not sure I can handle the responsibility!

As for a street game, absolutely, yeah, I would love to. A few people seem to be making them at the moment so I’m not in a desperate rush, but I’ve got a few ideas of what would make for a fun, slightly different street game. Whether I ever get around to it or not is a different question!

Who did you use for game testing? Do you always use actual BMX riders?
Lima is always involved, he’s been testing these games from the start and is pretty instrumental in making sure all the tricks look good and all the challenges work. Mark Taylor from Sheet trails has done loads of testing this time around too, as has Matt Dalley and a couple of other guys. I do some testing on people who don’t ride, but they’re not as stoked to keep playing it as BMXers are so they normally stop pretty quickly! You get the kind of feedback you wouldn’t get from non-riders too - “move this landing over a bit” or “he needs to down table a bit more when coming out of the kickout” is not the kind of thing the wife would say.

What kind of reaction did you get from riders that had characters in Pumped BMX? Will we be able to select our favourite real life rider in-game any time soon in Trail Boss?
Yeah good I think? No-one’s complained yet anyway! Definitely up for doing real life people again if they’re interested, but I decided to keep it simple this time around. Also it’s amazing how difficult it can be to get a pro BMXer to reply to an email! Like blood out of stone.

Also, just generally - What aspects of BMX get you stoked nowadays?
Boxpalm, haha. Love that adorable ray of sunshine. Err, actually I’ll tell you what’s got me stoked. Just down the road from my house in Oxford is this corner plot that’s been waiting to be developed for years, and a couple of months ago a couple of tiny little tabletops appeared in there. And then over the last couple of months berms have appeared, the jumps have got a bit bigger, and I’ve seen maybe 4-5 kids riding these ragged BMXes on them. They can’t be much more than 13 or so, and they’re learning and riding, and digging! That’s so awesome, I love riding past that every day.

Check out of game review HERE. 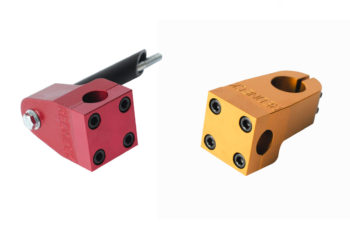 The Return Of the Redneck

Then and Now with an S&M Classic 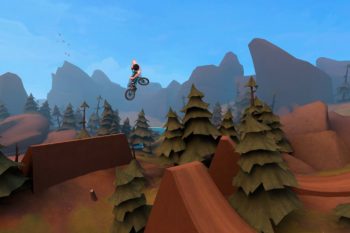 "the new controls become second nature in no time."