Pointers: Which Type of Filmer Are You?

A SHOOTING GALLERY OF SORTS

From 1995 to infinity, Sony’s VX1000 and later the VX2100 was traditionally found wrapped in a sweatshirt at the bottom of your bag with a Century fisheye lens still attached to the front and a hand-whittled foam cube nestled underneath the microphone in order to prevent it from snapping off the camera like an old twig, but is now looked after considerably more carefully due to its age. Once standard issue for everyone from the weekend warrior to professional videographer, the VX is now reserved for purists, ‘proper’ street riders and fans of the classic skate video look. In order to master this bit of kit, your technical ability must span at least as far as manual exposure, white balancing off whoever is wearing a white t-shirt, utilising the steady shot on/off function, blowing into the tape deck to prevent glitches and looking down your nose at anyone who’s committed the cardinal sin of embracing 16:9 high definition footage. Other cameras in this category are the Sony TRV900, The Canon XM1 & XM2 and later on, arguably Panasonic’s DVX100. Nowadays you can prove your authenticity by including the VX1000 model name in the title of your most recent edit, just in case anyone out there who watched it didn’t notice that you’re filming with the real fucking deal. It just looks wrong when you can make out the rider’s face anyway. I’ll finish this section with the immortal words of Bob Scerbo himself: “Give me your money, get that shit out of my face cause it ain’t Sony.”

Come the very early noughties, Canon led the way towards affordable DSLR cameras that also shot high definition footage in a variety of frame rates and the ability to record to SD cards. Of course, video cameras had been available previously with all of these features, but the DSLR was the budding BMX videographer’s first decent opportunity to experiment with various lens choices. Unfortunately, on top of your new longer zoom lens and fisheye you needed to pack into your backpack, you now also needed a plethora of accessories that were required to make the thing operate like an actual video camera… a cage or handles to hold it steady, a mic, a viewfinder and an LCD screen if you had the cash. And even then, you still don’t get a zoom rocker. All of a sudden, that DSLR wasn’t as compact as you’d first hoped. On top of this, all of a sudden everyone began prancing around with Glidecams, sliding their DSLRs from left to right on portable dolly sliders and filming everything at such a shallow depth of field that for a while a lot of BMX videos closely resembled soft focus homoerotic shampoo adverts. Other notable habits associated with the birth of the DSLR movement included infuriating Glidecam induced sternum level following fisheye shots. An overhead angle that gave the viewer the feel that they were playing as the rider in some kind of hyper-realistic version of Mat Hoffman’s Pro BMX on the Playstation, this angle also tended to give the impression of the subject suffering from a grotesquely elongated spine whilst shrinking the spots to a fraction of their actual height. Equally rife were panning long lens shots with no zooming, leading you to the conclusion that rather than following the rider, the videographer was actually shooting a beautiful panning shot of a skatepark before an annoying BMX rider shot through the frame and off into the distance, ruining the whole thing.

A must-have for every extremist who runs on adrenalin and ‘goes hard’ on action sports, this little plastic box of self indulgence can be strapped, stuck or lashed to just about anywhere you can imagine - As long as you’re imagining an angle that BMX looks bad from. If setting your GoPro up so it’s looking right into your panicked sweating face doesn’t do it for you, why not attach it to your helmet for a POV shot as if your eyes were nestled in the centre of your forehead, or how about on your rear peg so you can get a radical shot of your left heel. Failing that, just attach it on to a very long plastic pole and poke it where it’s not wanted. If you want to film your friends whilst giving the impression that you have absolutely zero idea what you’re looking at - like a Saturday morning children's TV show camera crew trying to collect some high adrenaline footage - this might be the best route for you to go down for zany angles aplenty. Who even needs filmers or photographers anymore anyway, I’ll do it myself - get the zip ties.

P.S - the GoPro is also GREAT for Vlogging!

Ever since the 1990s, BMX videos been occasionally garnished with beautiful incidental shots filmed on Super 8 film. They give a nostalgic dreamy look to any road trip or portrait of your favourite rider. As time has progressed, the 1990’s has reached that time in history when it has become nostalgic in its own right. Cue the hi8 and VHS camcorders. Analogue film burns, light leaks and expensive film processing costs have moved aside to make way for digital glitches, ironic special effects and making your videos look like your dad shot them at a family Christmas party. A trend that the likes of fashionista skate brands Palace and Supreme have definitely helped to spearhead, with the BMX community predictably and slowly traipsing behind them like an abandoned fart in a post office. Video formats of yesteryear are naturally very appealing to the more fashion conscious sorts, meaning that when they’re not filming some handycam footage of their crew at the local flat ledge spot or cruising through a congested city like its the most natural thing in the world, they’re likely to be at home sipping on a £5.00 latte in their converted industrial space that’s now an overpriced hell-hole of an apartment, filming an avocado for a personal project that you wouldn’t understand.

Well this one really was a game changer. All of the aforementioned cameras and looks can be emulated on your telephone now, thanks to the late Steve Jobs and his team of merry app-making elves. You can film in HD, 4K, there’s steady shot, there’s SUPER slow motion, there’s a VHS app, even a VX app and a tiny fisheye you can screw onto it. You can buy stabilisers that make your amateurish jerking around look considered and fluid, and as soon as you’ve got that shot? bang, it’s on Instagram. All that’s left to do now is relax and wait for those likes to come in. iPhone footage is even seamlessly hidden in high budget HD BMX videos in an almost undetectable way nowadays. Professional videographers probably saw a dark future ahead when this contraption arrived, as the main appeal of the iPhone is that everyone has one, and in true Apple style all of the challenge has been taken away from the task in hand. As good as that is, it also means that everyone around you is capable of doing exactly what you can, making you as an individual entirely redundant and unimpressive, whilst simultaneously leading you to believe you’re far better at something than you really are. Hope you’re pleased with yourself. Hang on one sec, I need to take this call on my camera.

"Nowadays you can prove your authenticity by including the VX1000 model name in the title of your most recent edit, just in case anyone out there who watched it didn’t notice that you’re filming with the real fucking deal." 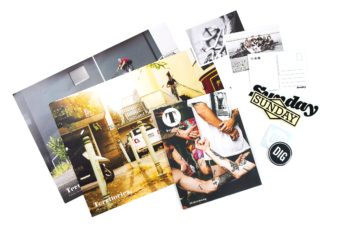 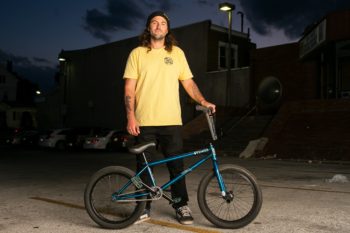