"It’s a lot harder to make something that has originality and is something That people want."

I’m 36, living in north NJ... I finished school with an Industrial Design degree in 2000 and was with Animal from that point, with the majority of my work being for them, up until 2011 when I left. During that time I would do some freelance work, too, mostly for smaller companies or friends that were doing stuff I was into. Standpoint, Ride BMX, Manmade, 256, Inopia, Orchid, Little Devil, Eclat are some of the companies I can think of right now. In 2012, me and Mike Brennan started Merritt, so I’ve been focusing on that since then.

I guess the things in design that get me excited the most... are little details and simple solutions that are easy to overlook, but work well. That and seeing something executed really well in a way that is totally different from the way I would approach it. I also have a slight problem with buying or wanting to buy a lot of silk screened posters, so I’m always looking at those.

We just want to make simple products that work... but we have plans for the way we want to grow and go about doing that a little differently from other companies. So far, I’m happy with the branding, but it will take some time for the full vision to come to.

We’re basically sticking to simple graphics with relatively soft colors... We want the graphics to be enough that over time, they will easily and quickly be recognizable as Merritt but won’t overpower or distract from the riding.

Sometimes it’s a little tough switching modes between graphic and product design... but for the most part design is design and a lot of the same thought processes are used. Figuring out what people really want and need, not just what they say they want, and then design something that meets that is one of the most satisfying things. Even if it isn’t obvious and most people won’t even realize it.

You have to be aware of changing trends and keep up with the way things evolve... but at the same time you can’t rely on just doing what’s popular. The trick is to find that balance. It’s pretty easy to make something completely original that no one wants, a lot harder to make something that has originality and is something people want.

On the graphic side, overall I think there is a good amount of solid work being put out right now in BMX... The ratio of good design to bad design might be the best it’s been in a long time. There might be a lot of stuff I don’t like personally, but that doesn’t necessarily make it badly designed. On the product side, the main thing going on right now is that riders are usually pretty conservative with what they buy. With the amount of money it takes to put out a run of parts or frames, we end up without a lot of variation between things. Not saying I’ve been immune from this myself.

For younger riders, as much as I hate to say it... I think image is more important than design. It takes some time before they really learn about the differences between parts and how things work, so the company’s image is what they go by. That said, there’s no reason why good design can’t be a part of that image. 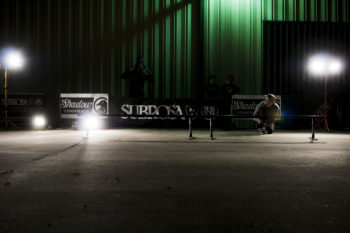 The Importance Of Keeping It Local

Finding out more about the K.I.L. Tours - At home with The Shadow Conspiracy at the Sparkys Night Jam 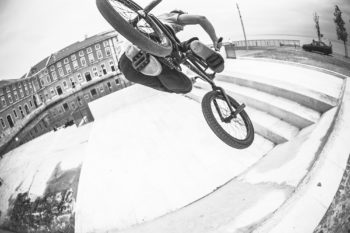 Hangin' with a new Canadian Beast