10 Of The Worst Mainstream BMX T-Shirts We've Ever Seen!

There Are People Out There Wearing These....

We understand there is an indisputable desire to permanently express nothing more than the unconditional love you hold for BMX. We get it. We are also in love with BMX (despite what recent articles might suggest).

We haven’t been running this shambles for 23 years in print and online without a strong love for two wheels. However, and let’s be frank here – even today, some people's perception of BMX can be real cheesy sometimes. Here’s a look at some of the worst supposed 'BMX' related t-shirts you can actually buy right now.

I cried like a big fat baby when my Ruption SRi snapped into sixteen pieces so don’t talk to me about shutting up my feelings you stupid ‘statement’ t-shirt. Crying is actually a powerful and pro-active way to counteract the feelings of anxiety that men struggle with daily.

2. Lots Of Bunched Up Words.

There’s so much wrong with this t-shirt I don’t know where to start. All I can think is that the designer had a 15 second deadline because his boss needed to ship a box of ‘Chicks Dig Scars’ T-Shirts to Romania. I mean that’s not even a BMX on there… it’s like a toad walked into the studio and designed it himself.

“Hey guys, what does X rhyme with? Anyone? Oh wait, it rhymes with BMX!” Says Mulder, the young intern. “Are you a moron? X rhymes with loads of things but so what, it rhymes with T-Rex but I’m not going to put a dinosaur riding a fucking BMX on a t-shirt am I?” Says Scully the senior designer for ‘Crappy Slogan T-Shirts Ltd’.

What is this, some sort of movement? Did Adam LZ design it? Every time I see this image I just want to drive up to those small islands in the North of Scotland and build a bunker to live out my final days in.

It’s not a t-shirt so technically it shouldn’t be in this article but lets just stand back and admire it for what it is. I actually don’t know what it is. Really? What is it? I kind of want to buy it.

I already know what they look like. They look like someone who’s been inside a car park for the last eight hours spinning around on their back wheel listening to Balearic techno.

Right I’m just going to leave this here. No further comment from my side.

It’s a storm trooper doing a foot jam on the edge of a skyscraper. I’m off to bed. 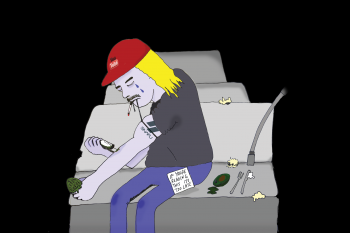 20 things every Pro BMX rider needs to do 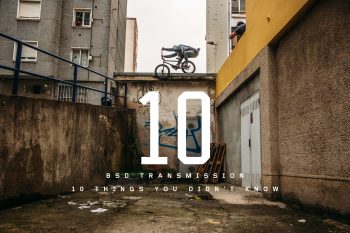