Five BMX events the next Olympics should really consider instead

We already know that BMX racing has been a part of the Olympics since 2008 and every year people say things like “Wow, how crazy is BMX riding right, do you do that?” and every year we say things like “No that’s BMX racing, it is crazy and no I tend to do little grinds on curbs, or build jumps in the woods on my own” and then people give you that look as if you have just asked them to drink a bucket of wood chippings for breakfast. But now the powerful people at the top have rose up and (like skateboarding) put another part of our anti-sport on the big stage, but what type of ‘event’ are we going to see exactly? Well, let's face it... if the 2016 BMX Worlds couldn't even manage to have a street event then it's not likely that the Olympics will come even close to representing our world in a legit fashion (even if it is just Park). Seeing as this is the internet we figured there was no room for a reasoned debate, so instead, we drank a boat load of whiskey and made up 5 Olympic BMX events of our own that we really think could put us on the map; for real, bro.

We hope you read the following with a solemn and thoughtful attitude towards our serious pastime we call BMX.

With a runway of 40 meters, each competitor has to ride as fast as they can and ghost ride the bike straight off a 5-foot quarter into a sand pit. Flips are not permitted. Competitors must ride with equal gearing and perform some kind of trick on a set up of their choice right before the moment of ghosting to make it feel more natural (like a celebration ghost).

An endurance test of massive proportions. The largest grand scale vlogging event in history can only take place at the Olympics because its THAT BIG NOW. You have to keep talking from the get go, any pausing gaps and you will be marked down but if you love to vlog, then hey - that wont be a problem for you. Coffee is allowed because no vlogger can be active without coffee, or talking about it, all the time. What could be more beautiful than standing on top of the podium in Tokyo with a medal round your neck and a camera in your hand (pointing at your face) talking about what you are going to have for dinner and then asking everyone to subscribe to your channel and follow your social media - please, please, please SUUUUBSCRIBE!!?

Flatland has tried ‘extreme’-ly hard over the years to fit in anywhere, but like a fat child who spends their afternoons peering over the fence watching the hot girls by the pool - it’s a case of realising there’s no way on earth you’re going to be doing the breast stroke with the hot girls - ever. Instead let’s ramp up the excitement levels and add a little element of danger to flatland, and when I say danger, I mean FLAT BED TRUCKS (obviously). Each competitor would have to execute a number of flatland trickery moves on the back of the flat bed truck while it races around a track in a time trial situation. The winner is the fastest truck combined with the competitor who does not die horribly. A techno soundtrack would be compulsory throughout.

Tigui-Taci is a term used for a style of play in Spanish soccer where the players use a system of short passes and movements to work the ball through the defense. In BMX this is when a rider does a feeble on a ledge followed by a smith followed by a feeble followed by a smith to another ledge and then a 180 bar out to 180 bar fakie to crank flip cab one hander. All performed at speeds never surpassing 1.8-10km/h. Competitors would get the most points for the most tricks in the slowest amount of time, a real game of the mind. Like Chess but slower.

If you cant understand why you haven’t got a sniff of a contract from ALL the brands out there even though you 'just dropped like 27 knarly steps dude' in your new edit then it’s time you filled up your trolley to the brim with sweets instead of holding out for that giant chocolate egg at Easter. The Olympics could really do itself a favor and hand out some medals to the guys with most impressive and irrelevant to BMX sponsor list, because lets face it, they hand out medals to people for shooting guns, playing golf and all that equestrian dressage shit and they involve absolutely no physical movement whatsoever.

Conclusion. The type of people who watch the Olympics tune in to see competitive drama, fierce rivalry, and world-class athletes who are driven by the desire to succeed and perform unbelievable acts of physical prowess. BMX is different, it’s cut from a different cloth and the type of individual is the opposite of everything I have just mentioned (even if you work out, eat avocados with a stick and stay off the booze and drugs). 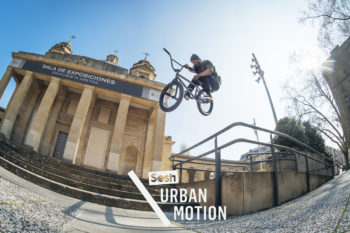 WIN a wildcard spot to ride and film with the pros 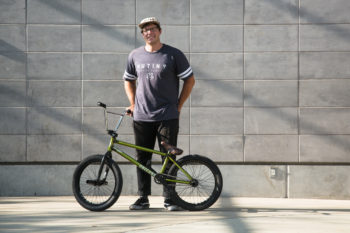