Completes on deck- Dan and the Ty-inspired trans teal.

November has arrived, and with it means the awesome fall weather is almost over for the year. Dan Conway and I caught up at one of his local haunts, Granahan Park in West Philly, one late afternoon after Dan got off from work, to cruise and enjoy some last licks of fall. We also sat down and talked about his latest signature complete bike from GT and his personal ride. Dan dives into why he rocks three pegs, the inspiration behind his complete bike colorways, and his favorite trick, thanks to the stoppers on the whip.

The complete bikes came about after GT wanted me to have one, asked me for some ideas, and it worked out real well. I’m really psyched how GT and I can bounce back and forth; it’s totally a two-way street. They’ve been treating me good.  This is the second round of completes. GT is making really good complete bikes, I’m psyched. If they’re good, they’re good.

I legitimately chose trans teal for one of the colorways because of Ty Morrow’s bike in 2009. This was back when he got on Federal and he had that scheme in an edit with Dan Lacey. I’m not the biggest fan of colored bikes; it gets old with me. But that one stuck with me; I made it happen. My personal bike is painted the same as my other complete color, to help push the complete. The fade is influenced by Danny Hickerson.

"I've been rocking the brakes after I broke my ankle a year and a half ago. I realized brakes are the shit."

I ride three pegs since my feet are too big for four pegs, (laughter). My heel will hit no matter how forward I stand on my pedals. I rock the sprocket guard for opposite feebles. I keep one plastic and rotate it, depending on the set up.

I continue to live near Philadelphia because it’s all here. Even though winters are hard, I can go somewhere for a week. I have a really good job; I have insurance and normal shit through it.

I've been rocking the brakes after I broke my ankle a year and a half ago. I realized brakes are the shit. The only thing they suck for are 180 bars and half-cab bars. The fufanus, it’s the absolute best trick. When I can utilize brakes in the streets, it’s the best. That’s why they are staying.

Rims: Odyssey Hazard Lite in the back and G Sport Birdcage in the front

"I legitimately chose trans teal for one of the colorways because of Ty Morrow’s bike in 2009." 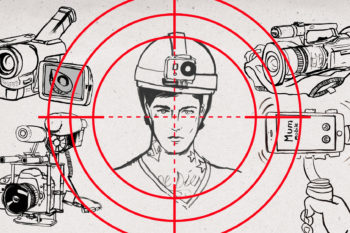 Pointers: Which Type of Filmer Are You?

A SHOOTING GALLERY OF SORTS 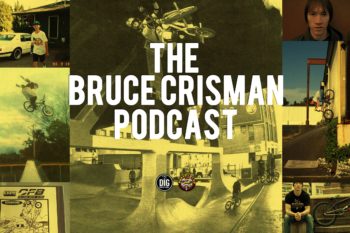