The DIG Guide To BMX Celebrations

Watching your buddy spending hours and hours trying a certain line can be an emotional and drawn out affair and the last thing you want to happen after the clip is done and dusted is to be un-prepared for the emotional jamboree that you will bestow upon your victorious homeboy.

It may not exactly be a week for celebrating but in attempt to crack some smiles again, we took an in-depth look (well, we spent 7-8 minutes tops) at some of the best celebrations for both riders and onlookers so that you can be more prepared on your next session on that knee high flat ledge. We've looked beyond the classic missed fist-bump or high 5 to bring you this shambolic selection of lesser-spotted bro fails. Enjoy.

These beauties tend to happen when the rider is doing either a super fast gap or they come out of a line super fast and the adrenaline rush of landing the trick at speed mixed with the brain shutting down on landing means the rider has no control of what they are doing and they simply keep on riding in a straight line. Some riders have been known to ride all the way to the airport and then back onto the plane without even knowing what they pulled. Apparently Jason Levy once blasted a huge rail gap (pulled it clean, safety not on obviously) and just never came back. The correct reaction to this is to chase and follow until it gets ridiculous and then you just have to walk back, check the footage and get in the van.

The artist behind the camera is just as important as the rider (if not more, probably more actually) so they tend to celebrate the least, mostly they are worried that they have cut a head off or there’s a wobble and because of this they simply offer an unpretentious handshake or a low key high 5 if they are feeling in the mood. Most of the time they just shake their heads and then ask about a run up shot, then fuck off and do a time-lapse for 15 minutes. Remember that filmers and photographers are relentless in their quest for blood so don’t be upset if they don’t seem as pumped that you landed it second try without a single bail. They need that grit and near death drama to make them quiver a stiff appreciative nod.

Don’t turn up to a party 7 hours late and then expect to be offered a big fat glass of expensive gin and have people chant your name and bro hug you relentlessly. Let’s face it, unless you’re called Daryl Nau or Andrew W.K (same thing) and you ARE the party in a physical and existential form then that deal is nearly always redundant. Timing is everything, you have to read the moment incredibly well and know exactly when to pounce and apply your celebration. If you leave it too late then the chances are you will be running into a deep shadowy vortex of inelegance and forever be cemented in a classic ender clip scene.

There will always be THAT GUY, you know that guy, and we all do. He is the embodiment of fun and he simply wont shut up about BMX. He’s probably called Alf, Micky P or Bonzo or something shit. When you do a 180 bar off a foot high ledge he freaks out like you just melted stone with your mind - we all know that guy right? Well this guy is going to ruin your fucking clip so make sure you dispose of this guy in a fair and legal manner. We at DIG do not advise you dump his body in a lake of course but be sensible and maybe a little pre clip drugging would work out and put the narcissist to sleep. You’re going to hate him no matter what, do what’s needed for the sake of art.

Deep inside your body there is a switch that can only be unlocked by something absolutely 'shit mad bonkers', like dropping off a roof onto a rail, or off a rail onto a roof... (ugh). Once this is done then that switch inside you is clicked into place and you unleash The Tiger - a fucking apex predator with the strength of 25 men. However in some cases, possibly due to sponsorship pressure and vanity issues, or the fact that you were going for something better but you'll take it anyway - or maybe just because you're not a complete ego-maniac. Anyway, in all of these cases that beast has to be caged and what you actually end up with is The Kitten -  a spineless version of the tiger that is made up of a half raised double fist pump and a rye old smile. Later you will go home, take a crap in a box and vomit a pile of liver on the doormat. 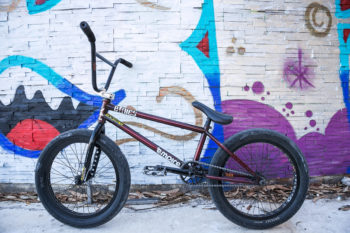 The Duganator's whip up close and personal... 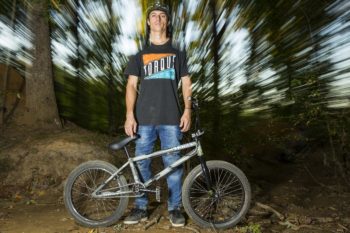