Street Responsibility - When To Step In

Sometimes we notice stuff that others don't. Society would describe it as being street-wise but to me it feels like something different. When you spend eight hours a day riding around cities, especially in foreign lands, you build up a mental database of faces and personalities that all tie together to train your brain into foreseeing unfortunate circumstances or possible dangers to avoid. A sixth sense you could say… your bike takes you down every alley and sketchy neighbourhood that most people would go out of their way to miss. Whether it's knowing when to keep your mouth shut, when to act crazy, when to run, when to stand your ground, it's all a big lesson in human nature. Either way, when you spend so much time in a concrete jungle sometimes you find yourself in a situation that you can't avoid… and shouldn't.

Recently during a filming trip to Gran Canaria with BSD's Luc Legrand, Reed Stark and filmer Dave Sowerby we found ourselves in just that scene. Luc was trying a fast line on a slick tiled bench setup for a while and couldn't quite get the barspin at the end to finish things off. I moved around a bit trying to find the best angle when i decided to stand on the backside of another bench, right beside a group of super wasted middle-aged men drinking sangria who looked like they probably do something similar everyday.

Out of nowhere i heard a thumping sound from behind me. I spun around and i saw one of the guys laying into the older balding man, thumping him in the face over and over. Before i could think my camera was up at my face and the shutter button was blasting. It's a reaction that i've actually had to work on since picking up a camera - in the beginning my camera would go down as soon as something popped off around me, but now i feel it's almost my duty to document, but is that morally correct? I probably took five photos before it all got too much and i couldn't watch anymore. What should i do? Do i risk (A. Jumping in and maybe getting a beating myself? (B. Attracting too much attention and fucking up Luc's chance at bagging a clip? It's something you have to calculate and weigh up in seconds because how would you feel if you were on the other end of the dude's fist?

I gauged the risk and decided that if anything happened then i could quite easily handle this guy and knew that my boys would back up the decision i made. Once i stepped in front of the two men luckily my height and youth seemed to prove too much for the aggressor and after some shouting and threats directed my way, he backed off, protesting in Spanish about a stolen radio worth a few dollars. Needless to say after checking on the bleeding guy on the bench he was pretty messed up and despite my inability to communicate in his language, his eyes seemed to say thank you.

This all came to mind again a few weeks ago while out for a drink with my girlfriend in Glasgow's city centre. Standing in a queue for a taxi beside us a fight erupted (probably over nothing) and within seconds one half of the combatants were clearly losing. Fastforward half a minute and the loser's head was underneath a stomping foot and all around me people were watching and even filming it on their phones like they were looking at a fucking Youtube video from the safety of their homes. I couldn't actually bare to watch anymore and in no time i was pushing the kicking men away as much as i could. Why was i the only one? I'm certainly not a fighter and i'm sure if the attackers had decided then i would have been under their feet as well.

Maybe being in the streets and interacting with its occupants on the daily makes things seem more real? Are the general public really so disconnected that they don't associate the fighters with actually being humans? Is this all just a Worldstar video? Either way, sometimes it's our duty to make moral decisions while out there having the most fun. It's a balancing act, but it's more than weighing up what's right and wrong for you, it's all about responsibility.

The calm before the storm. Luc Legrand. 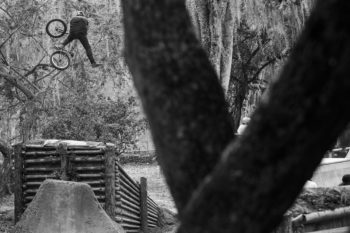 Scene and not Heard - Buga, Colombia 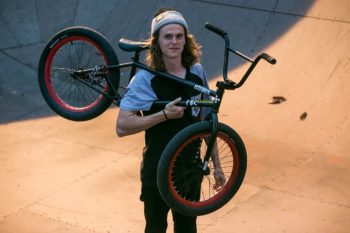 Have You Seen Me? Setups: Tom Dugan