Snapshots: Jay Cowley - Behind The Video

WHERE, WHEN, WHO AND WHY

GT's Jay Cowley is one smooth operator at the trails and parks, so where better to send him for his latest edit than Malaga, Spain. Silky three toboggans, cheeky manual variations and a lotta lookbacks gets the thumbs up from us. Watch the video below and then check a quick photo story via Jay himself. No doubt a few Spanish omelettes fuelled the making of this one!

Well, back in late January I got an email from the guys at GT Bikes saying that they are putting together a DVD or promo video. If you live in the U.K. or have ever been, it's pouring down with rain till May. So we had to think up a plan - I spoke to my mate Ferg and he suggested Malaga.

So who was game for this trip then? Myself Jay Cowley, Toby Parker, Michael Ferguson and Ryan Hallet. All three great riding mates and two of them which are pretty damn good with a camera.

So, flying out of Bristol to Malaga with these three we had set on staying in Fuengirola, about a 20-25 minute train ride along the south coast.

So after landing in Malaga at 7.30am-ish and getting sun burnt in the first 10 minutes outside putting bikes together, we headed to the hotel. Arriving to early to check into the hotel we hit up the first riding spot which was right round the corner from the hotel.

This place was so good - three or four big bowls which could all link together, we just didn't know where to start with this place. Later after a few hours of sweating it up in the 26 degree heat, we then headed over to check into our hotel. For the price that we payed for an apartment in this place it was amazing. Pool indoor and out, gyms, bars and sick view of the tennis courts and mountains!

Not really wasting anytime we headed to the supermarket which was ram packed - we go beer. Lots of beer, because it was far cheaper then fizzy drinks and even water! After loading up the hotel room with beer and food we packed bags an headed out in search of a place known as "the pool house". After a quick train ride to Mijas we were riding up the side of the mountain looking for this place with a rough idea of where it's location from Google earth.

Being told that this place was in the middle of nowhere we didn't really take much notice, but then the road disappeared in to tracks and we didn't know what to think. After a while still riding through this crazy hill side / mountain it finally gave up its secret to us. Hidden in the hill side surrounded by over grow tree we found it.

This place believed to be Marilyn Monroe's photography mansion left to rot in this hidden hillside with a ride / skate able pool and mountain bike trail running through it from top to bottom which was built for one of Brett Seminar's videos there. Even one of Ruben's famous dirt quarter pipes. Making our way through this place we then came across a room which had a berm through a doorway into a massive curved vert wall.

We had a pretty mad session on this thing. Looked at lighting a fire in here as you can see that people have done so but a trip with four non-smokers, we didn't have anything to light it quickly with. Once sun light started to drop on our first day we got out and climbed up to the top of "the pool house" and sat and just watch the sun go down and hit up a few beers before heading back down and on to the hotel.

Up early next morning due to the beating sun through the patio doors. Got up and headed over the bowls by the hotel as there wasn't going to be any kids at the time in the morning. After filming a few lines it was like 7 or 8am so we headed back to the hotel each morning to chill in the pool by 9am - it was getting hot out in the sun.

We looked at the map and found that another place called Torremolinos wasn't very far from where we were. The session at park come have just kept going on but the dust from around the park had killed our throats and headed off for food and drink. Before this park this spot had some awesome looking trails which was in old Fly and Fit videos, is a shame there not there anymore but lest the bowl was worth it.

Toby killing a table in the bowl from the session to, standard Toby no shirt just shorts and lots of style.

Belamagana was home to a place called "Aldapa delicias". It was a very small little bar just off the Main Street. The olives and Spanish omelette was just something else! Funny, because the waiter said "this will be the best omelette you have ever tasted". And we talking about that omelette for days. Ha. After that we pedaled across to Torremolinos where there were some trails up on a hillside past a water park, what used to be a BMX track. But not before a quick afternoon ice cream coffee. Ha.

We turned up at this place with locals already having a session and welcomed us with a hand shake and Hola, they were keen to get us riding and I was mustard to wanna ride here as I had seen photos of Sergio Layos riding there.

What a set of jumps! The hips were just into a crazy tight sharp berm and race line on the way back to hit this near vert dirt quarter, I loved every minute of this place and didn't want the sun to set but I just had no more left in me. So we had a very warm beer then smashed it back down the hillside to the town. To find it was pissing it down!

After waking up to sun and stoked that it was another good day we didn't waste much time in riding across town to the train station for the day to visit Malaga. Riding through the city center heading towards 'the hook' we ran in to a few other guys that we know from the UK - Dan Oakaby, Phill Aller and Steven Hibbit. So with a few more on board we bought a cheap brush and dust pan and made our way to the hock.

After about half an hour of ride along the river bed through the city centre and to the outskirts trying to avoid glass, dogshit and just loads of trash, out of nowhere it suddenly appears, 'the hook'! Climbing up inside so excited... to find that it was flooded.

A little annoyed but amped to ride it, we had already bought brushes, we set about finding bottles, buckets and whatever we could drain it with. About an hour or so later it was clear and dry. A walk to the top showed us the sheer scale and size of the thing! Two things rush through your mind when you ride this place - one, for god sake don't turn right! And two, please don't open up the water gates at the top! I just couldn't help think that the whole time. As we hear from some locals that they let water out of it a few days before. It's Just a massive rush smashing down this towards the biggest vert wall you've ever hit.

So from here we then rode across the city towards Ruben's bowl, when we got there I didn't realise that there was so much here. Vert ramp, minis, street plaza and trails, as well as the bowl. We got straight in to look at the trails and grabbed a brush and spade and set out to get the trails running smooth. I spent a hour or so with Toby on the jumps then spent pretty much the whole afternoon on them, just found them nice fun jumps. We didn't start riding the bowl till the sun went down, but by this time I could finally see as the hot sun just blinds you riding the concert bowls in the day.

Every night we got back very late to the hotel, like 1-2 in the morning after food and cruising through the town. At home I never really ride my bike around or through towns but here it just felt that you had to understand the place, beauty and people.

We were up a little later on the last morning due to very late night in the hotel apartment trying to finish off the remain amount of beer left in the fridge. But it was an awesome night looking back at the cameras and footage from the last few days out here. Beastie breakfast sandwich and a litre of beer before heading back to Malaga for a day's ride at the Ruben park again before heading off to the airport. Last half an hour of riding at the Ruben park we were then blessed with a session with Ruben himself on the trails and to end the trip a few trains through with him and us guys was just awesome. The time we were dreading had came - we had to pack up our bags and head to the airport.

"I couldn't of had a better trip there for the first time and couldn't have had any better friends to have come along ride, film, and chill with.

Thanks to Michael Ferguson, Toby Parker and Ryan Hallet for filming, photography, the best times.

And a big thanks to GT Bikes for the trip and experience of Malaga. - Jay Cowley 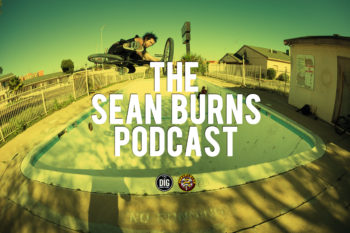 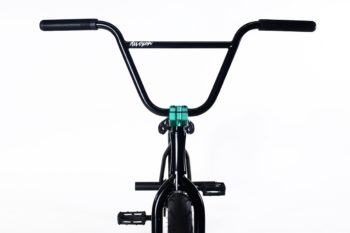 Grinds straight out of the box