It's not often that a rider makes a first impression quite as strong as Owen Dawson did on the day we met.  On that afternoon we linked up with the intentions of returning to Hollywood High to shoot a trick Owen had already landed a week or so prior. Stepping up to the 16 once is not for the faint of heart, but to return having put that sort of pressure on yourself is on a whole other level.  Owen didn't seem to sweat the situation at all, executed as cool as can be, and afterwards acted like it wasn't a big deal in the least.  After a couple more sessions together I can say that not only is he a stone cold rail killer, but he's the type of kid who is welcome out riding any day.

Is there much of a scene in Port Coquitlam? Or do you find yourself traveling into Vancouver to ride mostly?

Yeah actually the Port Coquitlam/Coquitlam scene is pretty deece I feel like it has always had its waves. Like Osato, Enns, Dom Mach and Miron all used to ride Coquitlam a lot, before my time.  Then there was always the older group of bikers I looked up to as a youngin, Then it was all my homies and me inspired by them biking all the time. Then next thing ya know were the big homies to this crew of younger kids riding all the time and going out filming. "Gnarcotis" is their name which I think is rad haha.They just put out a full length video called "lust for life" and its sick as. The homie Brayden Rastad killed it.  I think one of the raddest things about BMX is the generation shift. With all that being said though I do still travel into Vancouver regularly just because its the core for street riding, thats where the majority of the dogs are at. Plus theres a ton of different types of areas to bike inVancouver, where as Poco is a pretty small town.

You were living in Vancouver for a bit?
I've actually only officially lived in the city of Vancouver for 4 months, this past June to the end of September. I just tell people not familiar with the lower mainland of B.C. that I grew up in Vancouver because its the only city people are familiar with. I actually grew up in Port Coquitlam a suburb 30 minutes outside of Vancouver. Poco is also the home town ofCanadian hero Terry fox (R.I.P.)

What sort of impact have you seen the opening of Atlantis Vancouver have on the scene?

A good one, I feel like it helped the scene organize around something.Orlando alone has been a big motivator for getting out in the streets with your boys having a good ass time and filming it. Not that people weren't doing that before. Its just given the scene more of an identity by having the shop as a hub in the city for people to meet. Its given the people a channel for the content to by presented to the rest of the world through.where as before everything would have been spread out. Now you can just goto the Atlantis site and see everything coming out of Vancouver. Atlantis is like an anchor holding it down for the lost city of Vancouver.

I can remember my neighbourhood friends and I being real young sending ourselves off of sketchy jumps on sketchy bikes, just to see who could jump the furthest. With no idea that BMX was a thing. So to me that counts as my introduction to biking because that was probably when it was the most pure and mystical thing to me. My start to being a real biker boy though was when I was 12. I randomly got sat next to this kid Greg Dieno in class that rode bikes. We became friends right away. Then one day we decided to go to these jumps he knew about in a forest next to my house. Literally after that day Ive ridden ever day that I can. It was love right away and a huge part of that has to do with the friendships behind the biking.

You work at Killemall right? What's your job at the distro?

Yeah I work there, its tight right now I just handle shipping and receiving, do inventory that kind of thing. Im a warehousemen haha.

When you chose what Volume frame to ride was the Cerberus out of Canadian pride?

Haha there was definitely some pride involved but thats not the sole reason. The facts are that this is Enns fifth signature frame... the guy knows what he's doing and the frame reflects that, its dialed man.

Beachside ledges that you can ride comfortably in a t shirt in December. What's not to love?

"I don't know if you guys know this but a lot of your street spots are easier to ride than some skatepark setups I'm used to haha!"

How long did you spend in the US last fall?

I spent about 4 weeks in your great nation. give or take a few days.

Was this your first time hanging out with Cooper Brownlee and the Division guys?
I met Cooper the first time this past summer when a good chunk of the Colony team was in Vancouver. He was at home in Australia during my trip.But it was my first time meeting the dingo Chris Whyte and the super pimp samurai Wolfgang Ray shout out to those two dudes for being dope ass bikers and friends.

Did you get a chance to meet Brian Castillo when you were in town?
Yes I made it a point to go over to 180 Dist. and meet Brian. I also got to meet Josh Clemens there too. That was hype because Brian is a legend and Josh is going to be a legend.

Nah I didn't link up with Enns this time around. Theres always next time though.

Were you loving the California spots and weather?

Ooooosss thats a no brainer. I don't know if you guys know this but a lot of your street spots are easier to ride than some skatepark setups I'm used to haha! Man the weather was unreal it seriously felt like an extension of my Canadian summer into November, couldn't have been happier.

Was Hollywood High what you expected?

Yes and no. Yes the 16 rail in the front is flawless. No because I didn't even realize till I got there that theres an identical 12 and a 16 haha! And I also didn't know that those red planter ledges and that perfect out rail are all at that school too. So over all it exceeded expectations.

Were you sweating going back to shoot the over crank photo?

Honestly yeah I was. Just because when we were heading over I was telling myself I know I can do it again. But then that suspect doubt would creep in saying to me "But what if you eat shit and end up in an American hospital on something you already did." I think I was scared of being overly confident because I had done it already.

Three over crankarm attempts on one of the most iconic rails in the world and all were landed perfect as can be. To say Owen is dialed at riding rails is an understatement.

What was the drive back up to Van from SoCal like?

Long as haha! It was a rad experience though. I took the 101 all the way up Cali and Oregon which was beautiful. Even with my 88 Corolla taking on water soaking my feet. It was also very empowering just realizing I'm my own captain and I can go where ever I want and stop when ever I want. Now I'm trying to take that road mentality and apply it to my life.

Was it tough to go back or were you ready by then?

Bit of both for sure. I mean Cali is such a paradise if all you wanna do is ride bikes with amazing people on amazing spots. But at the same time this was my first solo mission and the road life was starting to weigh on me so I was eager to get home and spend time relaxing in the rain with my homeboys.

Always trying to scheme on something. At this point its all up in the air though.

Everybody that has ever had anything to do with influencing my life on a bike. And everybody who hooked me up with hospitality on this trip, you know who you are! I'll start the list with you! Devin Feil, Pawel Podgorny, Adam Piatek, Terry Carson, Blaise Olson, Orlando and all the Atlantis crew homies, Teddy Eyob, Tom Arden, Cooper Brownlee, Brian Castillo, Chris Bracamonte, Sam Stebila, and Stephen August. Most importantly my mom and dad for supporting my biking addiction, Peace!

Is there a rail trick this kid can't do? - More Info 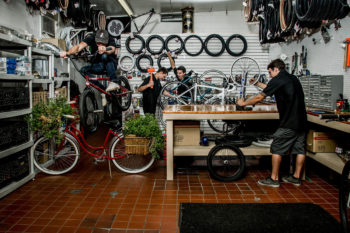 The Reasons Why - Lil' Jeff and The Bike Shop 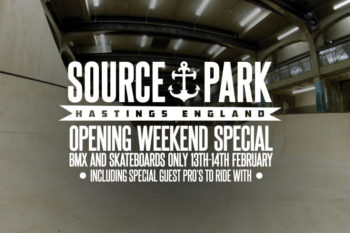