From travel trailer to RVA staple...

Powers BMX shop went from 6x12 trailer traveling around to races to a well-stocked Richmond, Virginia storefront that hosts jams, a ramp setup and a huge BMX museum. We caught up with Chad Powers, and he covers all kinds of topics from commonly asked questions he gets, to COVID's effect, to weirdest request, and more.

The importance of BMX shops to local scenes (and BMX culture) can not be underestimated and that's why we support them. Throughout the year we'll continue to feature our DIG Partner Stores from around the world, so look for more local BMX shop articles throughout the year here on DIG.

How long have you been in business?

Can you explain how the idea for a store came to be?

I raced for a long time and injuries put me out of racing. i never wanted to get out of BMX so I saved up money and bought some product and started vending at local tracks and skate parks out of a small 6x12 trailer my parents bought me. Then it just grew into a bigger trailer, then an even bigger trailer, then our first store spot in Richmond. and we grew out of that into now our new store! We had moved to Richmond in 2015, then moved into our new building November 2020.

Why is Powers a strictly BMX shop?

It is what we are passionate about! I know we can make way more money in other parts of cycling, or sell scooters or skateboards, but BMX is what we love!

Who owns Powers? Who works there?

I, Chad Powers owns it. but it definitely wouldn’t be possible now without Donnie who does all the media/internet, Curtis who is Curtis, Jojo who ships all the orders, and now Richie who answers all the phone calls!

Who's on the shop team?

What promotional events have you done at or near the shop since opening?

We have had lots of events at the old spot, but nothing major at the new spot due to COVID. We did a game of bike series that ruled, and the final game was in the warehouse with a couple scratchy ramps. Dan Conway won; he’s such a rad dude!

Any plans for more?

Yeah, we will definitely have lots of events at the new space!

How has COVID affected the shop and local scene?

COVID has been a blessing to the cycling industry! the big effect on the local scene as been the party’s and jams we would put on at the shop.

How have you been affected by the increase in people solely buying online, and what have you done to combat that?

Yeah, we were steady growing before COVID, and it just boosted it more! But we were planning on moving into the space prior to COVID as well, but it just proved it a better idea! We also have hired more staff to help.

What changes have you noticed in the scene since the shop opened?

The scene is ever changing, and the shop doesn’t dictate that! But a BMX shop gives a good solid spot and base for the scene to thrive!

Do you have any plans to produce a team video or something similar?

Yeah, Donnie is the man with that. Probably no actual team video, but follow us on Youtube, and he puts out a lot of rad things! Mid School Mondays with our BMX musuem, quick hits, and all around weird things!

How important is performing bike repairs and maintenance for your shop?

We don’t do anything unless it’s a BMX bike; we don’t really charge labor either! We'd rather keep the scene rolling than make that $5 on a tube repair.

Tell us more about the Powers BMX Museum.

We have an almost 300 bike BMX museum; again it’s 100% BMX and all eras. Personally I love the 70s, but we have Nic Long's bike he rode in the Olympics, we have lots of samples and one-offs; almost one of every limited edition Profile hubs brand new. You can follow us more on IG @powersbmxmuseum.

"There's also a dude who rides by every day with a kid trailer but has a dog in it that wears sunglasses."

What brands do you carry?

We basically carry all BMX brands. We push more the brands that support the scene, and also the brands we ride!

Which brands are doing well for you right now?

What’s the most commonly asked question?

What is the weirdest request you’ve ever had in the shop?

We are listed on Google as Powers BMX shop because of all the non-BMX calls we get. Curtis also had someone try to buy his dirty pants...

I watched a high-speed car chase. There's also a dude who rides by every day with a kid trailer but has a dog in it that wears sunglasses.

What's something you never expected to happen after opening Powers BMX?

It becoming what it is now; blows my mind every day!

Where do you want the shop to be in five years?

Hopefully with a legit concrete park in the back, and who knows- wherever it takes us! We’re along for the ride!

"the true essence of BMX- just having some fun, messing around on bikes" - More Info

Taking some twenty-year old whips for a spin... - More Info 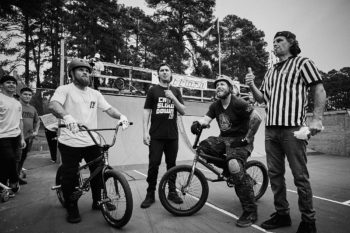 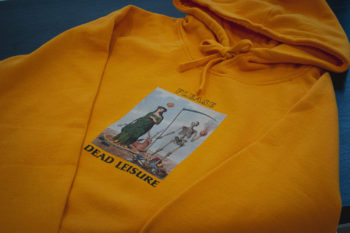