You may remember Cody Anderson from previous DIG videos either jumping off people's roofs or trying to gap onto scary looking billboard signs. The dude has an insatiable appetite for the good old "huck" and even some of his instagram videos are enough to make you wince. Thankfully Cody has Ben Hennon as a teammate and can ride his signature frame from Hoffman, the Lady Luck which is built with the savages amongst us in mind. Check his ride and then remind yourself why we're fans of his by checking out the videos below.

Any Modifications: OSS sticker and a half spilt 40oz on my seat

Support Cody directly by shopping for Hoffman products via this link.

Where in the world are you from? What goes on there?

Well from my mother Tammy I think at least that's what they're telling me haha. But I'm originally  from a small town right outside of Tulsa Ok called Broken Arrow. Not a whole lot goes on there but Broken arrow has one tiny skatepark that's super rad  but I tell you what if you go 20 minutes into Tulsa you will be able to get down on some of the most rowdy spots! You might run into a couple crackheads asking you for a dollar but I just ask them for money and they leave me alone.

How does this bike compare to the first BMX bike you ever rode?

My first bike I ever rode was like a bean burrito from Taco Bell and now the new bike is like  XXL Burrito...  and it is amazing.

What and where have you been riding lately?

I actually just started riding a month ago I broke my leg in Los angles on a trip with my homies Alex Hammett and Ryan Olsen and I was out for 9 months but I live in this little college town outside of Dallas and I've been doing physical therapy and trying to get my leg back to feeling one hundred percent.

What was the inspiration behind your your edits? Got anything new in the works?

I've always been inspired to be behind a lens and show everyone how much fun you can have whether its filming a edit or  just filming your friends do weird shit and laughing about it.

And yes, I do. I'm looking to go back to Los Angeles and wrap this edit up.

What’s planned for the rest of your year?

Looking forward to a couple Jams that are going on that I would love to make it too. I don't know, maybe try and make it over to Oklahoma city and jump out of a airplane with the Condor himself, but ultimately I'm just going to wing it and have fun on and off my bicycle.

"My first bike I ever rode was like a bean burrito from Taco Bell and now the new bike is like XXL Burrito... and it is amazing."

Hold on to your seat! - More Info

A loose cannon in the truest sense - More Info 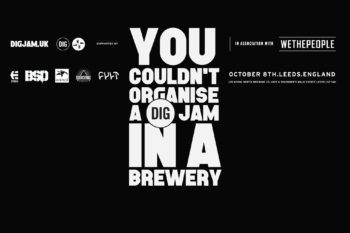 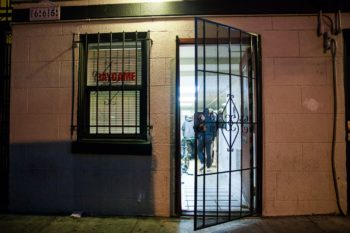