Ruben. Everyone knows who's first name that is. A DIG staple since the late 90s. A true innovator on so many levels. A real definition of the borderline cliché term "influencer".

Here's a glimpse at the whip that Mr. Alcantara continues to use as the tool to display his silky smooth style, as well as a little insight into how the evolution into an aging BMX'er has been for him. Not that he's really slowing down that much...

When it comes time to designing signature parts how involved are you?

A hundred percent start to finish.

The forks, because the color is cool.

Cassette hub; I’ve had it for at least six years. It was the second prototype.

I put the stem and sprocket on at the same time.

You have had numerous signature parts over the years, what would you say is your favorite?

The tires, because how it came out, how cool it looked; I was so stoked, back in 2004. I look at my bike today and I still like it.

Every rider has that one part they just love; if you had to pick one you’d never change, what would it be?

Maybe the bars, because not many companies make it with the angles I like. Things can be slightly different and you can get used to it, but bars…

Yeah, I had 13 degree sweep and one day we tried 14, and 15. 15 was cool for just cruising or whatever, but maybe it was too much. I figured out the balance.

Tell me about your all-time favorite bike?

Probably a Huffy I had. Because the time it was the first time I put together 36-spoke wheels with bigger rims, and the frame was kind of like a race frame and light, and a smaller sprocket. That was when I could feel a change all in one; this was maybe 1999. I might have had some clips in "Forward" on that bike.

Normally bowls and trails. It’s not that hard on your body. I still love it when find a street spot, but the next day I can feel it.

How is your "Chapters" part wrapping up?

I feel like I missed a couple of good opportunities because my back got messed up on a trip. The last week on this trip I got hurt. I don’t really know how much stuff I have. I’m maybe halfway there? I need to keep working on it for sure.

You’ve had back issues for a few years; how are you doing now?

It was very good for a while. I don’t know if people remember, but I had that weird thing with my jaw and neck. I couldn’t really fix it because to get the right bite, I would have had to get surgery.  The last few months, I feel like something kind of moved a little bit again. I don’t have much strength; it’s hard to ride. My body gets too stressed out. Hopefully I'll figure it out now that I’m staying in Malaga for a while. The thing is the days when I feel good, I feel great. I don’t feel that much different with age. I feel I can do anything the same. It sucks when you don’t feel like that. You love it so much you still doing it. Even when I filmed for "Grounded", my back was so messed up. When you don’t have pain, you want to ride so much more.

When do you think age may become a factor?

I feel if you are healthy, who knows? McCoy is almost 50…

I think you can still ride great at 50. DMC might be an exceptional case. You have to take care of yourself, eat well, stretch. I feel like if I don’t ride for a little bit I lose a lot.

Plans for the rest of the year and into winter?

Now, when the good weather starts in Malaga, I’ll be riding the park more and filming there. I would like to make another trip to the U.S. also.

Classic Ruben style at El Cable Trails in his homeland. 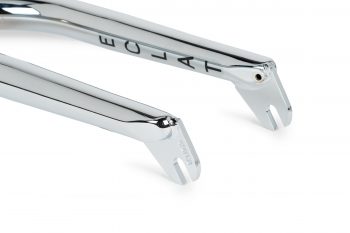 Will Those Forks Fit Down The Chimney? 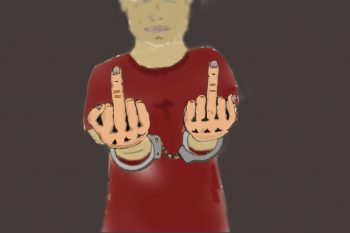