In almost two decades riding for etnies, Ruben Alcantera has filmed two monumental video parts. Forward with Dave Parrick and Grounded with Stew Johnson, Marco Svizzero, and Mike Manzoori. Both video parts were ground breaking and like any memorable or legendary video part they will stand the test of time. I think Joe Rich said it best in DIG "Legends" Issue 90, "No matter what he hit, he seemed to do something that I was a fan of." This quote is consequential in the fact that Ruben has profoundly influenced our small world of BMX. From lighter bikes, unheard of tailwhip variations, and specifically named wallride variations. He makes bike riding look like surfing and gets radder than most of us under or just barely above the coping. I am a fan of the riding he has documented over the years watching his attention to spot usage and the finding and conquering of the elusive street transition. DIG is excited to share Ruben's classic etnies video parts in a remastered format that hopefully improve on most versions that have been online to date.

Forward was released in 2002 on VHS and DVD with Ruben closing out the video with the final section. A mix of skatepark and street footage, Ruben always managed to find something to blast or get technical on. From massive ditch quarter pipe hips, to wallrides, to fakie smith half-cab tabletops, he was innovating and progressing BMX with each session. His video part gave BMX the beginning taste of where his riding style was going and his conscious effort that less is more.

"No matter what he hit, he seemed to do something that I was a fan of."-Joe Rich

5-hip has always been an Austin staple for years of good sessions. Buried in a sea of clothing and bleached hair, is the Ruben-style we have all embraced for years and years. Early Spanish Wizard days in the Lone Star State. As seen in DIG 15, circa '01. Mongoose n'all. - Photo by Chris Hallman

Grounded was released in 2008 to much anticipation after Etnies previously praised video. After years of filming, the video was delivered to audiences with Ruben being granted the last section again. In six years Ruben's riding had progressed in a way that seemed unattainable at first but looking at his past only seemed natural. His pursuit of street transitions and banks continuing in full force gave a new meaning to 'gap to wallride' throughout his part. Through Ruben's riding he brought his question of "You'll never know until you try" to the table with setups and tricks and few if any would think possible.

“I feel that as long as you are having fun, riding with friends, willing to try new things, and travel to find new places to ride, it will keep you motivated to keep going." -Ruben 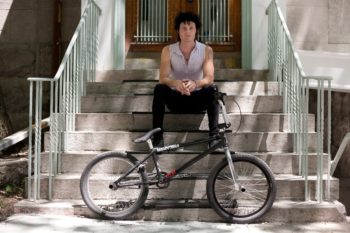 "I also like my bike to resemble myself a bit... So cant be running anything fat." 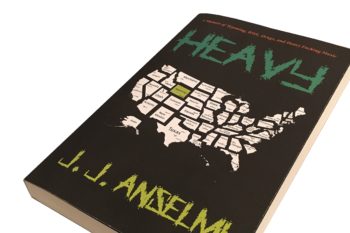